The 2016 Trump campaign plunged our civil discourse to an all-time low with a candidate who made lying a form of entertainment — a tactic that gave him widespread coverage in the media and tragically awarded him the honor of becoming president. In the immediate aftermath of the election, the cries for mediation of untruthful information have grown more forceful. As Nicholas Kristof warned in The New York Times, “…fake news is gaining ground, empowering nuts and undermining our democracy.” The upswing of dishonest speech and behavior is deeply concerning, and we will want to hold the Trump administration accountable to the truth. At the same time, we should take the opportunity to examine the dishonesty that percolates in our more quotidian lives because lying — in ways small and large — are ultimately connected. Dishonesty erodes our faith in our leaders, our institutions, and in each other.

For the past few years, I’ve been working with Dan Ariely, professor of psychology and behavioral economics at Duke University. In order to study and measure dishonesty, Ariely and colleagues designed simple experiments involving math problems with a strict time limit, where it was easy for participants to be dishonest. Participants were paid per correct answer but could easily lie about the number of problems they solved correctly. Over 40,000 people participated in these experiments. Out of that sizeable group, 20 individuals were big cheaters — the outliers; they said they solved all the problems correctly and their lies drove up the cost of the experiment by about $400. But over 28,000 people — 70 percent of participants — cheated just a little, and that volume of cheaters cost the experiment over $50,000! While big liars consume much of our attention, we need to be more conscious of “little lies” on things like taxes and insurance claims that are cumulatively very damaging and costly to society.

Yetzer ha’ra (the inclination toward evil) and yetzer hatov (the inclination toward good) provide a useful lens through which to understand our individual conflicts of interest — one of the more pervasive contributing factors to dishonest behavior. We have both dark and good sides that drive our behaviors. If we are not alert, yetzer hatov may fall asleep at the wheel. This fatigue occurs for many reasons. Social norms and conflicts of interest allow our yetzer ha’ra to become more dominant and convince us that what we are doing is appropriate.

Ariely’s lab conducted another experiment using a lie detector — a device that measures internal emotional conflicts. When people were asked to lie for themselves, the lie detector reacted, but when people were asked to lie for a charity, the lie detector remained silent. Lying for a good cause removed the emotional struggle for participants. In a recent study co-authored by Ariely, researchers took brain scans during the course of an experiment in which people lied repeatedly and they found that the brain reacts less severely to lies over time.

Ariely and I have been interviewing and filming people whose lives have unraveled because of their misbehaviors. Speaking with people from all walks of life — including business executives, lawyers, teachers, and athletes — we heard vastly different stories that shared a similar trajectory. What started out as a small transgression grew over time, ultimately spiraling out of control. For example, Marilee Jones worked her way up the ladder in the admissions office at MIT until she became its dean of admissions. She counseled students, co-wrote a best-selling book, and lectured around the country about being true to oneself. After two decades at MIT, it was discovered that she had lied on her resume — an error she never corrected. Nor did she correct other falsified achievements, including her assertion that she had earned a doctorate.When she was finally called out on her credentials, her life fell apart and she resigned in disgrace.

The yetzer ha’ra privileges our short-term goals over what might be sounder long-term goals. This inclination uses our powers of rationalization to sneak or smuggle things right under our yetzer hatov. The yetzer ha’ra acknowledges that dishonesty is universal, not the act of an evil few.

Ariely’s research shows that being reminded of our better selves can actually help people to behave better. He and his colleagues designed several variations on the original experiment in which they asked participants to sign an honor code, to recall the Ten Commandments, or to swear on a Bible. When these steps were added, nobody lied. The research shows, however, that such reminders wear off. Ariely and I are hoping to establish new ethics programs in schools and organizations. Understanding the fallibility of our moral compass is a key to strengthening it. 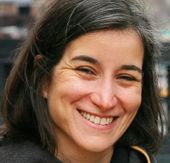 Yael Melamede is the founder of SALTY Features, an independent production company that creates provocative, entertaining, and socially minded media, including the recently released film “(Dis)Honesty: The Truth About Lies,” a film she worked on with Dan Ariely, author of The (Honest) Truth About Dishonesty. Her other films include Inocente, winner of the 2013 Academy Award for Best Documentary (Short Subject) and When I Walk, winner of a 2015 News & Documentary Emmy.