The debate over the future of the liberated/occupied/administered territories began in the summer of 1967, immediately after the Six-Day War. It was, initially, an argument among writers, in part a linguistic debate over how to refer to the lands Israel had just won. Natan Alterman, the beloved poet long identified with Labor Zionism, advocated annexing the “liberated territories,” as he called them, insisting that the Jewish people couldn’t be an occupier in its own land, and that returning to nine-mile-wide borders would be an act of national suicide. A young novelist named Amos Oz implicitly challenged Alterman: Writing in Davar, the Labor Party’s newspaper, Oz insisted that only people, not land, could be liberated, and that occupation invariably ended badly for the occupier.

In one form or another, that argument between two of Israel’s greatest writers has been debated for the past 50 years.

When I moved to Israel in the early 1980s, one way I tried learning Hebrew was by watching the political talk shows. It was a maddening experience. Not only would left-wing and right-wing panelists shout at each other simultaneously, but, sometimes, the moderator, too, would join the fray. Why, I wondered, weren’t they even making a pretense of listening to each other? Eventually, I realized that there was no reason to listen because everyone knew exactly what everyone else would say — and the audience knew, too. There were no new insights, only the same tired arguments, but repeated with the passion of someone who had just experienced revelation.

In recent years, that dysfunctional Israeli debate has been embraced by many American Jews. When I lecture in American synagogues about Israel’s territorial dilemma, I hear the same response from liberal and Orthodox audiences: “But don’t you see?” The left-wingers mean: “Don’t you understand that annexing the territories will destroy Israel as a Jewish and democratic state, destroy our ethical foundation as a people, and turn Israel into a pariah?” The right-wingers mean: “Don’t you understand that the issue isn’t settlements but Israel’s legitimacy in any borders, that a Palestinian state will not be a peaceful neighbor or even a viable state but a Hamas-run terror entity in the hills overlooking greater Tel Aviv?”

My answer is: Yes, I do understand — both arguments. This is why, like many Israelis today, I define myself as a centrist. Centrists agree with the left about the moral and demographic disaster of the occupation, and with the right about the impossibility of reconciling, at least for now, with the Palestinian national movement. Despite the PLO’s official recognition of Israel, the daily assault in Palestinian media and schools on the legitimacy of Israel has convinced most Israelis that a Palestinian state cannot be trusted to be a peaceful neighbor.

Centrist Israelis have, in effect, internalized the left-right debate, which is no longer happening only between rival political camps but inside each of us. Continuing the occupation endangers our most cherished assumptions about ourselves as a people — rachmanim bnai rachmanim, merciful children of merciful parents — and threatens the viability of a Jewish and democratic Israel. And so, I embrace the left’s conclusion that we must end the occupation. But ending the occupation could endanger our ability to defend ourselves in an imploding Middle East and lead to a Palestinian state that could resemble Gaza, if not Syria or Iraq. And so, I embrace the right’s conclusion that we don’t have a credible Palestinian partner for a durable peace.

My point is not to advocate for the center as a political position — which, admittedly, can become a justification for continued paralysis — but as a sensibility. Whatever one’s politics, a centrist sensibility requires profound grappling with the commitments and fears of the other camp. The goal of this process isn’t to necessarily change one’s politics, but to soften them. The challenge of a centrist sensibility isn’t ultimately political but spiritual: an invitation to humility.

Shortly after I moved to Israel, in February of 1983, a right-wing Jew threw a grenade into a Peace Now rally, killing a protester named Emil Grunzweig. I was working then as a journalist, and I went to the scene. There was blood on the pavement. A small group of right-wing counterdemonstrators lingered; several were laughing. That was the moment I understood: Our debate over the existential fears of right and left could itself become an existential threat, tearing us apart and undermining the ability of Israeli society to maintain even minimal coherence.

The debate remains so passionate, even in its endless repetition, precisely because each side is speaking an essential truth. In the biblical landscape of our youth, all of Jewish history is debating itself, its essential meaning. But the approaching Jubilee of the Six-Day War offers us an opportunity for a reset — for each side to concede the enormity of our dilemma and the compelling arguments of the other. The alternative is a shattered and dysfunctional people. 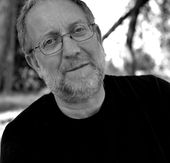 Yossi Klein Halevi is a senior fellow of the Shalom Hartman Institute in Jerusalem. His book, Like Dreamers: The Story of the Israeli Paratroopers Who Reunited Jerusalem and Divided a Nation, won the Jewish Book Council’s 2013 Everett Family Foundation Jewish Book of the Year Award.