Vladimir Jabotinsky (1880-1940) is more widely invoked than read. Like Karl Marx, his name has come to stand for a whole political trend — namely, the far-right of Zionist politics. From Betar (the Revisionist Zionist youth movement) and the Irgun (its pre-state militia) to the Likud (the contemporary Israeli political party), the influence of Jabotinsky and his Revisionist movement can still be felt today, both within and outside of the State of Israel.

If we trouble ourselves to read his work, however, we may be surprised. Debates over how to understand Jabotinsky have raged since he was alive. During the 1920s and 1930s, Jabotinsky and his movement were frequently called fascist, thanks to their love of uniforms and military discipline as well as their ideology. Contemporary historiography has complicated this description by highlighting Jabotinsky’s own emphasis on his liberal, cosmopolitan roots; his self-presentation was also canny and self-interested. His written work provides a basis for many varying interpretations.

Jabotinsky’s short essay on the yovel, titled “The Jubilee: The Biblical Plan for Expanded Ownership” (1930), may serve as an example of this tension in his thought. Jabotinsky sees the Jubilee as a curative reset in capitalism. His overriding rhetorical commitment to anti-socialism is announced with the opening salvo: “It is a common belief that socialism is rooted in the Bible; but this is not the case.” This forthright enmity to socialism is part of what the Laborite leaders of the mainstream Zionist movement found so threatening about Revisionists, who often served as strikebreakers against the Histadrut (the Zionist labor federation). Here, Jabotinsky’s offensive is ideological; he wants to take the yovel away from the socialists, who often cite it as a biblical forerunner for their own politics, and align it instead with his own idiosyncratic political program.

While Jabotinsky sings the praises of the bourgeoisie, his defense of capitalism depends on its ability to provide a framework for a social safety net. He continues the thread of a long line of apologetics that sees the “social legislation” of the Bible (the Sabbath, the tithes) as containing a wise set of reforms that restrain an otherwise rapacious and uncaring marketplace. And the yovel, which is described in Leviticus 25 as an occasion on which slaves go free and land returns to those who had to sell it to pay debts, is easily the most radical of these.

In 2017, we would be hard-pressed to find a liberal economist willing to sign on to the regular redistribution of property and cancellation of all debts. But Jabotinsky sees the Jubilee as an attempt to “institutionalize periodic social upheavals,” rather than respecting the purportedly fair and just outcomes of market distributive processes. The difference between the system outlined in the Jubilee and socialism, then, is that the Jubilee is a curative method rather than a preventative one. Jabotinsky sees socialism (and he almost certainly has the USSR in mind) as attempting to prevent inequality from ever arising, whereas the Jubilee merely corrects it after a finite time has elapsed. The former claims to achieve a final revolution, after which no more change would be necessary; the latter embraces a maelstrom, built into the constitution of society itself. On the one hand, socialism, in its attempts to prevent inequality, crushes individuality and represses talent, and ends up preventing not only the accumulation of wealth, but also any and all innovation. The Jubilee, on the other hand, allows free rein for 50 years to the entrepreneurs and creative thinkers of the world before hitting the “reset” button — enough time for people to see rewards for their labor, while still ultimately maintaining a concern with fairness and social balance.

A final irony of Jabotinsky’s attempt to wage rhetorical war against socialism by means of the Jubilee is the strange bedfellows he makes in the process. Jewish socialists and anarchists, like Gustav Landauer and Martin Buber, praised the Jubilee for the same reasons as Jabotinsky, only they did so in the name of socialism itself. They shared Jabotinsky’s concern that socialism would eliminate the competition fostered by capitalism. They also shared his sense — a fairly common one for fascist politicians, as it happens, and of right-wing populist nationalists today — that “one should not consider aesthetics when it is a matter of eliminating hunger.” In other words, competition and free markets are important, but, in the end, you have to take care of your own. The interpretation of the Jubilee is the same; only the assessment of it as socialist or anti-socialist is different. Unexpected connections like these show why it remains worthwhile to read Jabotinsky himself, despite and against the symbol he has become. 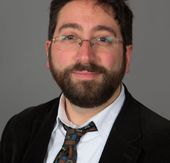