Menu
HomeRepaying the Debts of Love

Leonard Cohen often described the creative fields he sowed as “the biblical landscape.” This is a terrain of characters and stories that he first encountered growing up in the Jewish community of Montreal and explored over a lifetime in art.

The biblical landscape was not new to popular music when Cohen came of age as a musician in the late 1960s. But, from a Jewish perspective, his vision has been unique. While often compared to the works of his sometime-hevruta partner and sometime-rebbe, Bob Dylan, Cohen’s reworking of biblical texts and ideas is unrivaled. His 1984 song about King David, “Hallelujah,” has been called one of pop’s only universal hymns. Other examples abound. And, just before his death, Cohen offered a final harvest from the biblical landscape with a riff on Jubilee, the Bible’s decree that a range of everyday debts and obligations must be forgiven every 50 years.

His song, “Treaty” — which speaks about Jubilee — is an ode to the burdens of suffering in both love and faith. The lover and the divine reflect each other in the mode of the Song of Songs or Kabbalat Shabbat:

We sold ourselves for love but now we’re free

I’m so sorry for the ghost I made you be

Only one of us was real and that was me.

Even though “Jubilee” offers to release everyone from their shackles, Cohen holds tight to a debt of loneliness. Something is not quite right — though whether the problem lies with the debtor or the one who holds a claim on him is not clear.

The singer does not believe that the law of Jubilee can wipe clean the human slate. This is not surprising. Broken covenants appear throughout Cohen’s work, particularly during a burst of creativity in his 70s that culminated with the album “You Want It Darker” on which “Treaty” appears.

In another line from the song, “I sit at your table every night,” Cohen suggests an offering. But just as the Jubilee fails to free him, sacrifice doesn’t either: “I try but I just don’t get high with you.” The biblical landscape that has drawn him close with its promises and regulations cannot provide resolution for a broken heart.

Cohen always knew how to make things dark, and things got very dark when he died on the eve of the American presidential election last November. At the end, his longing for salvation and empathy for the divine did not mean that he was ready to let either God or himself off the hook for their respective failings. On the title track of “You Want It Darker,” he actually asks to be dealt out of the human game altogether.

But Cohen’s songs, like life itself, are a spiral. Even if the Jubilee or the rules of the game lack the oomph required for a final resolution to suffering, some light always flickers into even the bleakest of his meditations. There is his famous neo-kabbalistic verse from the song “Anthem”:

“There is a crack, a crack in everything

That’s how the light gets in.”

And now the final line of “Treaty”: “I wish there was a treaty, Between your love and mine.”

Cohen doesn’t really want out of the game. He still asks for intimacy with the one he loves or the One with whom he loves to speak, even if intimacy’s only remaining expression is silence. He wants a little more time, despite the difficulties that more time might bring when the treaty ends.

Asking for a chance to reset the table and balance the score suggests a hope, an urge to try again. Even the smallest possibility of redemption makes living worthwhile. And so, like Jubilee itself, Cohen leaves us with an opportunity to find our way through a biblical landscape that offers us a path toward both a beginning and an end. 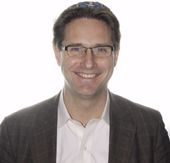 Stephen Hazan Arnoff, executive director of the Fuchsberg Jerusalem Center for Conservative Judaism in Israel, writes about rock and religion.