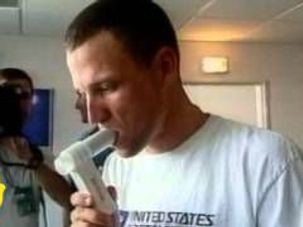 The US Anti-Doping Agency (USADA) said on Thursday night that it will strip Lance Armstrong of his unprecedented seven Tour de France titles after he declared he was finished fighting the drug charges that threaten his legacy as one of the greatest cyclists of all time. Travis Tygart, USADA’s chief executive, said Armstrong would also be hit with a lifetime ban on Friday. Still to be heard from was the sport’s governing body, the International Cycling Union (UCI), which had backed Armstrong’s legal challenge to USADA’s authority. Armstrong, who retired last year, declined to enter USADA’s arbitration process, his last option, because he said he was weary of fighting accusations that have dogged him for years. He has consistently pointed to the hundreds of drug tests that he has passed as proof of his innocence during his extraordinary run of Tour titles stretching from 1999 to 2005. “There comes a point in every man’s life when he has to say, “Enough is enough.” For me, that time is now,” Armstrong said in a statement sent to The Associated Press. He called the USADA investigation an “unconstitutional witch hunt”. 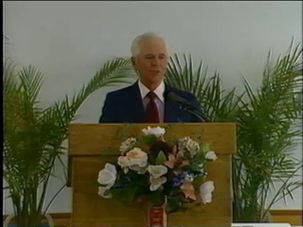 The never ending conflict between the Jews and Palestinians over the land of Palestine, the Gaza, the so- called West Bank and Jerusalem itself is no closer to resolution today than it was in 1998 when this sermon was delivered by Garner Ted Armstrong, As with all things, if it was possible, the position is worse today than it was then.