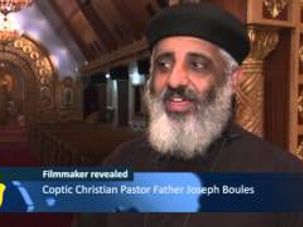 US federal authorities have named 55-year-old Californian Coptic Christian Nakoula Basseley Nakoula as the man behind the inflammatory anti-Islamic film which has sparked violent protests across the Arab world. Earlier media reports, since condemned by Jewish group such as the Simon Wiesenthal Centre, said an Israeli-Jew by the name of Sam Bacile had produced the Youtube video. Jerusalem has denied the existence of an Israeli citizen by the name of Sam Bacile, which the investigation has revealed to be just one of a long list of aliases used by Nakoula, who has previous convictions for bank fraud. Members of the Coptic community in California have condemned the film, saying that it does not represent the beliefs of its worshipers or its Church. Father Joseph Boules, Coptic Christian Pastor: “Our church condemns the movie, we don’t support it. This is not the way Christians behave and we really don’t want the name of the Coptic Christians who are in good standing with the society in America and the church to be dragged into this issue. We are not involved, we don’t support it. If this gentleman came to us and said, ‘I want to do something wonderful for you,’ we would’ve shut it down right away.” US-based American-Egyptian Coptic Christian activist, Morris Sadek, has further fanned the flames by promoting the video on various social media websites. Egypt’s Coptic Christians form the country’s largest minority group, many of its members have spoken out against the film which … 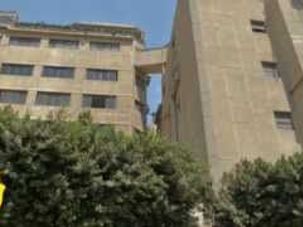 A Coptic Christian man has reportedly been confirmed as the film director behind the controversial amateur video depicting Prophet Mohammad in a negative light. Nakoula Basseley Nakoula, from southern California, is said to be the director of the film following a leak by a US official. Nakoula had previously been accused of producing the film, but claimed that a man named Sam Bacile was in charge. It now appears that there was no Sam Bacile. Mr. Nakoula has a checkered past, with a 2010 federal conviction for fraud and 21 month jail term. Copts are a minority Christian grouping from Egypt and some of their followers have urged for a considered and rational response to the film. Christian citizen George Sobhi “We are not happy, or anyone is not happy with the movie, but we should not react by killing others or attacking because this is a foreign property, it’s like attacking somebody in his own home, which is not good. This is make things more on fire on the ground so we should be more civilised in our reaction.” The movie, allegedly created by Nakoula, called ‘Innocence of Muslims’, depicts their Prophet as a womanizer and a religious fake and has since led to violent riots and protests across the Middle East.