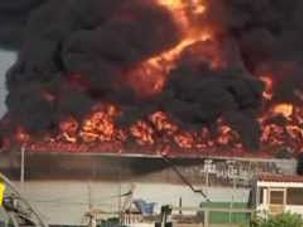 Fires raged on at Venezuela’s biggest refinery on Sunday after an explosion tore through the facility a day earlier, killing at least 39 people, wounding dozens and halting production in what is the worst accident to hit the OPEC nation’s oil industry. The explosion at the Amuay refinery destroyed nearby homes and shattered a National Guard building in the area and officials said a 10-year-old child was among the dead. A gas leak caused the explosion and most of those killed were National Guard troops who were providing security for the 645000 barrel-per-day facility, officials said. 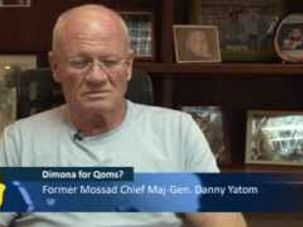 Fierce public debate over how to handle Iran’s suspected nuclear weapons program is taking place nearly every day here in Israel. Almost everyone is weighing in on the issue from very prominent former military and intelligence officials to those currently serving in Prime Minister Netanyahu’s government. One thing has become clear —the majority of insiders who are talking on and off the record are coming out against a unilateral Israeli strike on Iran. Netanyahu and his defense minister, Ehud Barak, face a lot of opposition. One of their critics is Prof. Uzi Even, a prominent nuclear scientist. He spent many years working at Israel’s alleged nuclear facility in Dimona. He’s proposing a new and some say radical solution to the stand off… Shut down Dimona in exchange for the closure of Qom, Iran’s suspected nuclear facility — that’s the quid-pro-quo Prof. Even is proposing… The Israeli government maintains a policy of “nuclear ambiguity,” neither admitting nor denying it has atomic weapons…but according to foreign reports Dimona allegedly houses Israel’s stockpile of an estimated 200 nuclear warheads… Israel is not a signatory to the International Nuclear Non-Proliferation Treaty. Israel’s alleged nuclear capability serves as a powerful deterrent to regional enemies…Prof. Even says closing Dimona wouldn’t change that… There are no indications that Israeli leaders would ever consider Prof. Even’s proposal…given what the West believes is Iran’s penchant for … 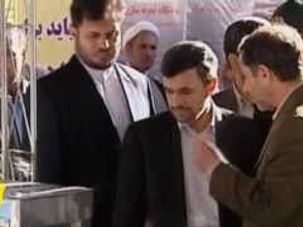 Iran’s President Mahmoud Ahmadinejad has unveiled an upgraded, more accurate version of a short-range surface-to-surface ballistic missile at a weapons exhibition in Tehran that was shown on state television. At the event, which marked the national day of Iran’s defence industry, Ahmadinejad also unveiled several other new Iranian-made weapons, such as a naval diesel engine, a mortar launcher, a military intelligence system, and tactical SUVs. Ahmadinejad said the weapons weren’t for what he termed an “aggressive context,” but rather to be used as a deterrent against attack. The unveiling comes as the debate continues to rage in Israel over whether to launch a military strike against Iran’s nuclear facilities. 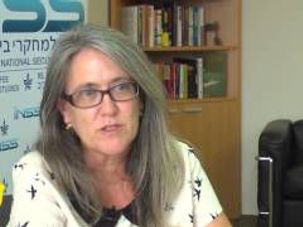 Last week Israeli President Shimon Peres angered officials from the Prime minister’s office by publicly reacting to the situation in Iran. While the media has been reporting about Netanyahu’s government potentially preparing for a strike on Iran’s nuclear facility, the president was quoted saying in an interview to Israeli television that no military action will be taken in Iran before the November US presidential elections. And these statements came as quite a shock to the current Israeli government. According to the Israeli governmental system, the president holds an apolitical figurehead role, while the prime minister holds executive power on decision-making. Therefore, having President Peres insert commentary or make suggestions as to Israel’s strategic defense plans upset the government, seeing as he was perceived as overstepping his position. Like Peres, many wonder whether Israel should unilaterally strike Iran’s nuclear program. And discussions related to this matter are taking place in Israel as well as around the world. However, while Israeli and international citizens, politicians, and activists have the right to speak their mind, it is generally expected by most Israelis that the president, and especially this one, will maintain silence. Israel’s fifth president Yitzhak Navon was quoted supporting Peres’s remarks, noting that in some situations, one must say what he believes, even if he is the president of the state. Additionally, the White House praised Peres … 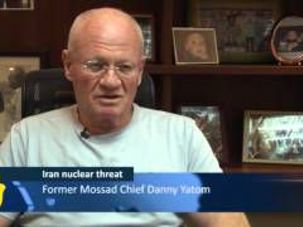 The recent visit of US Secretary of Defense Leon Panetta has revived debate here about whether Israel should or should not carry out a military strike on Iran’s nuclear facilities. It’s been widely reported by political sources here that the Americans are asking Israel to hold off on a strike, vowing to do the job later if diplomacy fails. But it’s unclear if that US promise is good enough for Israeli Prime Minister Benjamin Netanyahu and Defense Minister Ehud Barak who believe sanctions have not deterred Iran one iota from developing nuclear weapons. Based on a number of public statements by very prominent former intelligence officials, there’s a feeling here that the two leaders are getting closer and closer to making a decision. Ephraim HaLevy, a former director of the Mossad, said, If I were an Iranian, I would be very fearful of the next 12 weeks… That remark was echoed soon after by another heavywieght, Aharon Zeevi Farkash, the former Israeli Army head of Military Intelligence. He said he believed an Israeli attack could come in the near future… in quote “weeks or a couple of months.” Neither HaLevy nor Farkash expressed their support for a unilateral strike on Iran, but they are experienced enough to know that Israel’s window of opportunity will span over the next 3 months…many analysts agree… To wait on a strike until after the US election is seen by some in Israel as a dangerous gamble…there are fears that President Obama will not come through on …