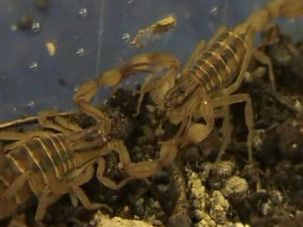 Peace process, proximity talks, one state, two state…though these terms are often tossed around the mass media coverage of the Israeli-Palestinian conflict, they have been rendered virtually meaningless. Instead, we see footage of Benjamin Netanyahu and Barack Obama shaking hands, waxing eloquently on the need for mutual peace as the US simultaneously slips Israeli more tax dollars to further cement their occupation of Palestine. A just peace indeed. Where is this famous peace process? Does it exist? Is peace even a process to begin with? We asked blogger and author Antony Loewenstein and author and co-founder of The Electronic Intifada, Ali Abunimah about how the Israeli-Palestinian conflict is reported, what is the role of new media, and how can this start its own viral uprising, independent of mass media banter.

Barack Obama and Israeli Prime Minister Benjamin Netanyahu discussing their countries&apos; foreign relations resembles two lovers discussing their future together. Though they have squabbled in the past over trivial things (things like settlement expansion that most other countries deem flagrant violations of international law), their July 6th meeting at the White House showed that their "unbreakable bond" cannot be shaken.Norman Finkelstein joins us in the studio to report that one should judge the alleged "peace process" with results, not rhetoric. Obama has certainly given enough lip service to settlement moratoriums, proximity talks, and direct talks, but what are the results?The Obama administration set up a clash with Arizona over the state&apos;s immigration bill, SB 1070, this week when it filed suit in federal court claiming that the law is a breach of federal authority. ; The law goes into effect later this month and would allow law enforcement officials to stop anyone on suspicion of being undocumented.In the wake of SB 1070&apos;s passage, states around the country have initiated copycat bills and other legislation aimed at cracking down on immigration. But in addition to the Holder Justice Department&apos;s lawsuit, progressive state legislators are fighting back on the state level, and activists are pushing for commonsense immigration bills on both a state and federal level. We are joined by Arizona state legislator Kyrsten Sinema and Suman Raghunathan of the Progressive States Network to discuss the ongoing fight.Finally, inspired by the film Winter Bone, Laura has some thoughts about the military, the economy, and what happens when we bring home thousands of soliders in need of new jobs.

In the middle of the night Monday, Israeli commandoes boarded ships in the "Freedom Flotilla" attempting to bring humanitarian aid to residents of still-blockaded Gaza. The aggressive response by Israel turned deadly, after with at least nine activists killed. The international community has reacted with shock and outrage; protests have erupted around the world outside Israeli embassies, with protesters even teargassed in Paris. Benjamin Netanyahu has cancelled a meeting with President Obama and headed back to Israel to do damage control, and Turkey, from where the flotilla departed, has recalled its ambassador and issued a travel warning to its citizens. Huwaida Arraf was on one of the ships; she joins us via phone from Ramallah, along with Norman Finkelstein, to tell us what happened to her and offer some analysis on the situation. Then we speak to Richard Falk, UN Special Rapporteur on the Occupied Palestinian Territories, for more on the international reaction and the U.S.&apos;s involvement. Finally, Laura reminds us all of some words on the U.S./Israel relationship from General David Petraeus. 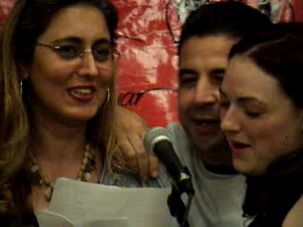 On Monday, Israeli commandoes boarded ships in the "Freedom Flotilla" attempting to bring humanitarian aid to residents of still-blockaded Gaza. The aggressive response by Israel turned deadly, with at least nine activists killed. The international community has reacted with shock and outrage; protests have erupted around the world outside Israeli embassies, with protesters even teargassed in Paris. Benjamin Netanyahu has cancelled a long awaited meeting surrounding peace talks with President Obama and headed back to Israel to do damage control, and Turkey, from where the flotilla departed, has recalled its ambassador and issued a travel warning to its citizens. Huwaida Arraf was on one of the ships; she joins us via phone from Ramallah, along with Norman Finkelstein, to tell us what happened to her and offer some analysis on the situation. 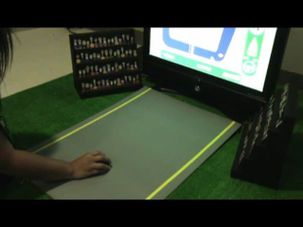 The Real News Network reports on protests in the occupied Palestinian city of Hebron. After Israeli Prime Minister Benjamin Netanyahu announced a new Israeli "heritage" plan, which classifies national and holy sites in Israel and the occupied territories as Israeli "heritage." This video explores the tensions that this plan is helping to escalate. 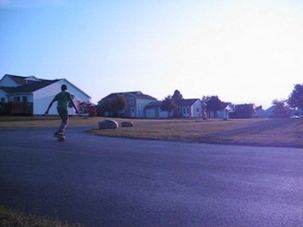 The F Word: Who's Dismantling GM?

Call me crazy, but I don&apos;t find this cute. As the news was breaking of General Motors going bankrupt, The New York Times business section ran a front page article about the 31-year-old in charge of ?dismantling General Motors and rewriting the rules of American capitalism.? The 31-year-old in question, one Brian Deese it turns out, was, for the first few months of Barack Obama?s administration the only full time member of the auto task force. Now he&apos;s risen to become "one of the most influential voices in what may become President Obama&apos;s biggest experiment in federal intervention." "Mr. Deese?s role is unusual for someone who is neither a formally trained economist nor a business school graduate, and who never spent much time flipping through the endless studies about the future of the American and Japanese auto industries,? writes the Times about the 31 year old from Yale. Unusual? One can only hope so. Deese has high-level support. Steven Rattner and Lawrence Summers give him accolades. Rattner a private equity investor who has managed Mayor Bloomberg?s money among others is now heading the automotive task force. Summers, of course, one of the great deregulators, is head of the National Economic Council. There&apos;s no need to worry, Sanger seems to believe — a guy who&apos;s given little thought to the auto industry and the problems it faced and had never set foot in an auto assembly plant is designing the future for GM and its staff. It gives you a sense of where the paper of record&apos;s priorities are. While he&apos;s ho hum about the auto industry&apos;s fate, David Sanger seems to be obsessed with the threat of a nuclear attack by Iran. In fact, in an article on Barack Obama?s meeting with Israeli Prime Minister Benjamin Netanyahu Sanger was fixated on just ?how much time remains to stop Iran from gaining a nuclear weapons capability.? He led with that supposed difference of opinion between the two camps before acknowledging that, ?Their most obvious public differences were not over Iran at all.? Yet the Times is hyping it. From the glib to the deadly serious the NYT just can&apos;t seem to get it right. The F Word is a regular commentary by Laura Flanders the host of GRITtv which broadcasts weekdays on satellite TV (Dish Network Ch. 9415 Free Speech TV) on cable, public television and online at GRITtv.org and TheNation.com.