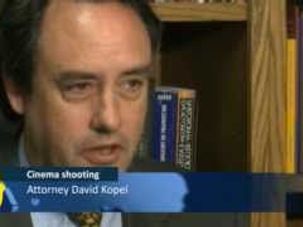 The 24-year old suspect in the Colorado theater shooting that left 12 people dead and dozens wounded may face the death penalty according to a senior attorney in Denver. James Holmes will be formally charged on Monday with carrying out the worst mass shooting in US history, although authorities have said that he is refusing to cooperate. Attorney and law professor David Kopel “Carol Chambers is the prosecutor in Colorado who is being more willing than any other district attorney to seek the death penalty. So, I think it is probably, very likely, that she will seek a death penalty in this case.” David Kopel added that Holmes would have little hope of escaping death unless he pleaded insanity, and even then nothing was certain. Attorney and law professor David Kopel “Of him, not being sentenced to death would be, if, insanity. So we don’t know if he really is insane, or is acting like that, or if he is having what might be an ordinary reaction of not getting much sleep being held in isolation.” Relatives of some of the victims have said they hope for the death penalty, but the sentence is rarely applied in Colorado and usually only on counts of first degree murder under strict conditions.