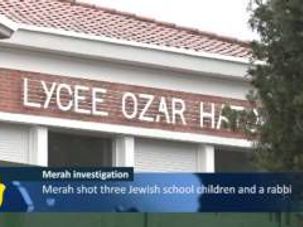 A French anti-terrorism court has for the first time interrogated the brother of Mohamed Merah, the Toulouse gunman who killed seven people last March including three Jewish children and a rabbi. Since then, Merah’s brother Abdelkader has been in jail, while authorities conducted an investigation into his role in the murders. Judges wanted to know if the elder Merah provided logistical support to his younger brother, including whether he helped steal a Yamaha T-Max scooter used as the getaway vehicle in the killings. The three separate attacks by Algerian-born Merah shocked France and raised uncomfortable questions about race relations in the country and possible failures among its intelligence agencies. They have also fuelled fears of an increase in attacks by radical Islamic militants. The interrogation of Merah’s brother comes shortly after Jacque Beres, the co-founder of French international aid group Medecins San Frontieres, reported after a trip to Syria that many extremists who have joined the fight against the regime of Bashar al-Assad say they consider Merah an inspiration. 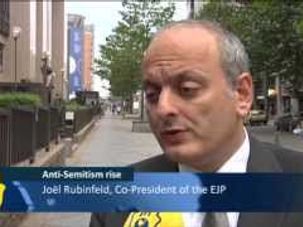 The Belgian Jewish community was shocked after the Burgas bombing and there is a feeling this never ending story will not stop from getting worse. Since Toulouse and Mohamed Merah, 2012 has seen a rise in anti-Semitism not only all over Europe but also across the world. But in Belgium, this worsening situation has not really changed the condition of the Jewish community regarding security precautions. Belgian Jews would like strong anti-terrorist legislations not only to be introduced but also to be applied by the authorities. Although the contact with the authorities has been strengthened, the Belgian Jewish community believes the State can do more regarding protection measures. Nevertheless, Jews are doing everything they can to improve their own security like they have always done in the past. Apart from fear and security demands, the Burgas bombing has also reminded everyone of all the terrible events suffered by the Jewish community all over the world since the beginning of the year and throughout history. A minute of silence in memory of the Burgas victims took place in Brussels last week before the official start of the Olympic Games. This highly symbolic act was also to pay tribute to all the Jewish victims of terrorism such as the 11 members of the Israeli Olympic team who were killed in 1972 in Munich by Palestinian terrorists. The Belgian authorities have worked over the last few months on better security for the country’s citizens. All the European authorities …