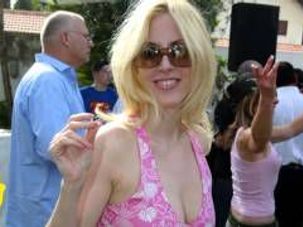 Orly Weinerman , an Israeli model, has admitted to a six-year romantic relationship with Muammar Gaddafi’s son Saif and has pleaded with former British prime minister Tony Blair to help save the life of the former Libyan dictator’s son. Saif faces the death penalty in Libya for his alleged part in the killing of protesters during last year’s civil war. Weinerman, 41, admits to a ‘discreet’ relationship which began in London in 2005. She said Saif was a ‘civilized’ and ‘honorable’ man who is being unjustly treated. Weinerman reportedly asked Blair, who allegedly struck up a close relationship with Saif, to intervene in the case. The International Criminal Court sought but failed to extract Saif to stand trial in The Hague for crimes against humanity. Gaddafi’s son is now reported to be held by the Libyan rebel forces in a mountain town named Zintan, where he is set to go on trial later this month. 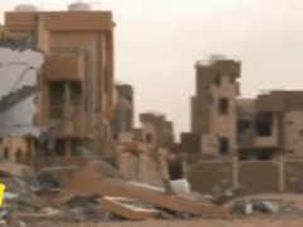 Western Libya’s town of Tawargha is paying a high price for supporting the late Libyan leader Muammar Gaddafi during the country’s past war. The town, once home to nearly 40000 people, was severely damaged in the conflict and ransacked during the spoils of war. Residents have been displaced and are not allowed to return. Once used as a base for attacks on the city of Misrata, all roads leading to it are now blocked or guarded by militia.