Germany’s main Jewish body has announced its intention to institutionalize the training of mohels or ritual circumcisors. 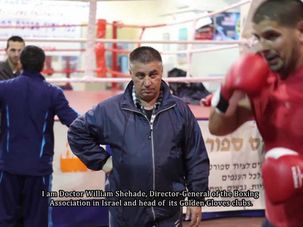 A bridge to peace at the boxing hall

www.israel.org Kufur Yasif, an Arab village in northern Israel, hosts the main center for boxers in Israel. Dr. William Shehade, Director General of the Israel Boxing Association and a resident of the village, talks about the Olympic boxing hall, where Jews and Arabs train together. The center has produced many local and international champions. In addition to teaching jabs and punches, it also educates the trainees in sportsmanship, respect and friendship, serving as a bridge to peace as they get to know each other at close hand. Visit the MFA’s Social Media Channels Facebook - www.facebook.com www.facebook.com Twitter - www.twitter.com www.twitter.com Google+ plus.google.com Find us on Instagram: @IsraelMFA & @StateofIsrael Please credit the MFA for any use of this video. 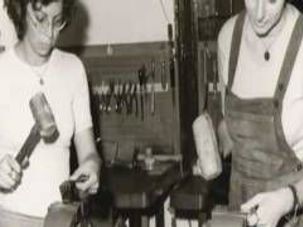 The Golda Meir Mount Carmel International Training Center (MCTC), founded by MASHAV, Israel’s Agency for International Development Cooperation at the Ministry of Foreign Affairs celebrates its 50th anniversary this year. The anniversary was marked by a conference on “Science, Technology and Innovation: Education and Training for Women and Girls,” which was officially opened in Haifa, on May 29, 2011. This year’s conference is organized in cooperation with UNESCO under the auspices of MASHAV. Participants in the conference include the UN Deputy Secretary General, Dr. Asha-Rose Migiro and UNESCO’s Director General, Mrs. Irina Bokova, in addition to distinguished ministers, members of parliament and academics from close to 50 countries and international organizations. In this video, the Center’s Director, Mazal Renford and Haim Divon, Head of MASHAV, speak about the history of the MCTC and the activities promoted by the center. These activities include community building, early childhood education, micro enterprise development and much more. For more information on MASHAV activities, see: mashav.mfa.gov.il