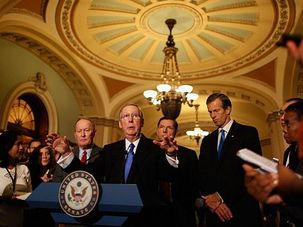 There’s nothing new or unusual about the Senate rejecting international human rights treaties. Led by Republicans, it’s only ratified three of 10 since World War II. 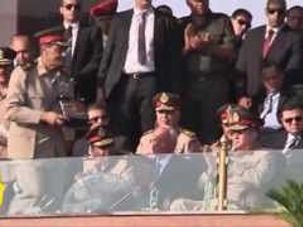 Debate is raging in Egypt after President Mohammed Mursi’s dismissed two of the country’s top generals and declared null and void a constitutional decree issued by the military shortly before he was elected that limited the power of the presidency. By taking the oath of office, Judges on the country’s highest court say he is obliged to uphold the constitutional order, which robbed him of much of the president’s executive power. A legal expert named Essam El-Islamboli says that only interim leaders have the right to cancel a constitution. But to many supporters of Mursi and the Muslim Brotherhood, the president’s decision felt like vindication, since they believe the military has been trying to usurp power from democratically elected leaders. As the debate goes on, experts in Israel are discussing the future of their country’s relations with their Egyptian neighbour under its new leadership. Eli Shaked, a former Israeli ambassador to Egypt, says he thinks things will stay stable in the short term, but relations could sour if the Egyptian public begins demanding change. Eli Shaked, former Israeli ambassador to Egypt “On the Egyptian street there might be an implication on the Israeli-Egyptian relations, political relations and Egypt might take a step to abolish, maybe, even to abolish the diplomatic relations with Israel because this is actually till today the demand that is coming from the people in the street.” Shaked said the two countries could find ways to unite around …