For those of us in Jerusalem who are not religious, there’s a certain unwritten legal code that is passed around among the secular. After a few weeks, the art of being appropriate (rather, appropriate enough) becomes second nature: try not to bump into charedi men on the bus. Don’t walk through religious neighborhoods while using your cellphone on Shabbat. If you must go to Me’ah Sha’arim, cover up as much of your body as you can. After all, this one city has been the coveted desire of religious wars for thousands of years. If that means I should show a little less skin at holy sites, I’ll acquiesce.

But I rarely visit the holy sites. Most days, I wander around Jerusalem in shorts and a tank top, because it’s almost summer and sweating nonstop has become a way of life. Perhaps some very religious men will choose not to make eye contact with me, but as a woman, I’ve found that it’s usually worse when strange men pay too much attention to you.

This semester I’ve been studying abroad at Hebrew University, and once a week, I intern at the Knesset. Since the Knesset is hardly a holy place, I rarely think twice about what I wear to work. (It would be an understatement to call Israelis casual—I could show up in jeans to Israel’s parliament and still be dressed fancier than many staffers). Today, I approached the Knesset as I always do: I walked past two security guards, both of whom asked if I had an appointment (yes) and if I had a weapon (no). Then I greeted the third guard, who asked again if I have an appointment (still yes). But he continued: you aren’t dressed according to the Knesset dress code. 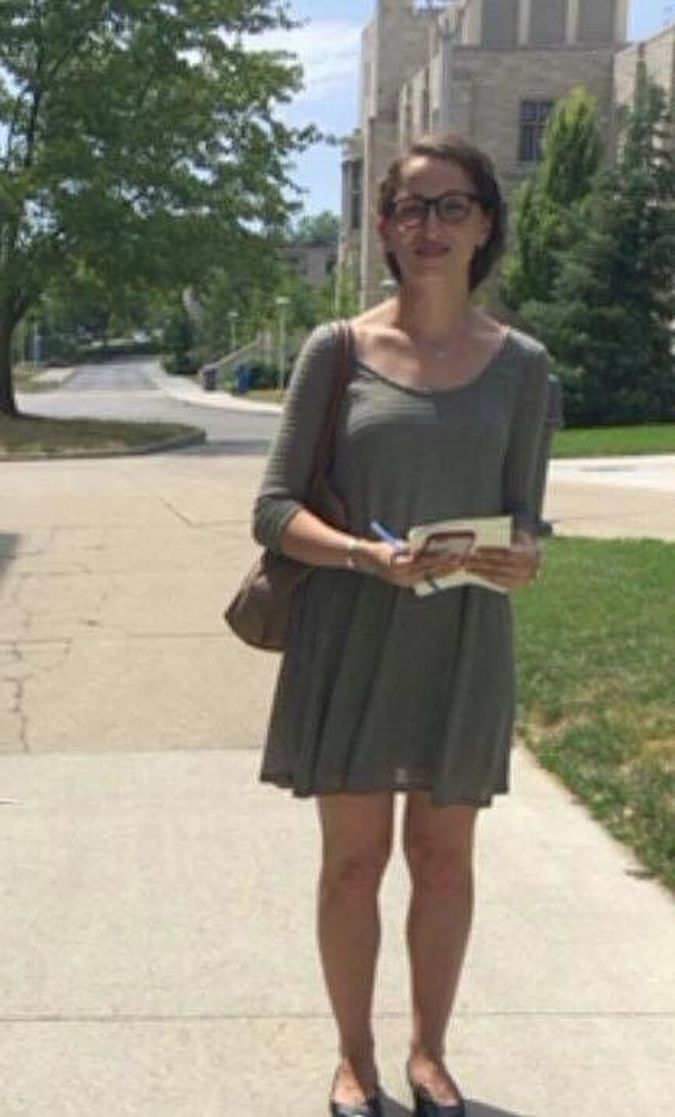 I assumed I made some mistake with my Hebrew, but then he pointed at my dress. It’s above your knees, he said. I told him I didn’t understand. He went on to explain that the Knesset has modesty standards. I didn’t meet them. (By the way, this was one of the more tznius (modest) dresses I own. But I shouldn’t have to defend myself).

I walked away and called one of the staffers in the office where I work. She laughed and, in true Israeli fashion, demanded to speak to the guard (Unfortunately, he was busy). Someone in the office had a pair of leggings, which were quickly rushed out to me. Otherwise, they would not have allowed me inside.

After I went through security, a different guard escorted me to a private room (Is this where they strip search people? Is that something the Knesset does?), where I pulled on leggings under my skirt. At last, I looked like a true Jerusalemite: I wore a dress that already was appropriate (it even covered my elbows—in 85 degree heat!) with yet another piece of clothing underneath, just to prove how appropriate it is.

On my bus ride to the Knesset today, I read an article from Yediot Ahronot, one of Israel’s leading newspapers, that noted just 20 percent of Jerusalem’s residents identify as secular. I laughed and rolled my eyes, because the religious nature of Jerusalem is something I’ve grown used to, and because I still feel like I belong here. Besides, I like to joke (to my mother’s chagrin), if I really wanted to change things, I’d make Aliyah and have as many children as ultra-Orthodox families do — but mine would be secular.

But today, Jerusalem caught up to me. In hindsight I’m surprised I didn’t cry when the guard told me I couldn’t go in; I suppose I thought he was being too ridiculous to take seriously, and by the time I understood that he was serious, help was on the way. Yet there was no moment at which a spark went off and I thought: how outrageous! I have to change this!

Because even though I’m used to it, modesty — as defined by the most religious among us — is the norm in Jerusalem. No, I don’t abide by its principles. But I have come to accept it because there is no other choice. I think if I were to explain to a friend in New York that nearly every bus ride I take goes by bus stops with flyers that say, “On buses to the kotel (Western Wall), men to the front, women to the back,” they would laugh in disbelief. Or if I were to tell them that there is a movement (or, at least, a bumper sticker campaign) to end mixed male-female units in the army, people would shrug it off. Not possible, they would say.

But I grow used to this in Jerusalem because I love the state of Israel and I love the Jewish people. I know that my sundress might constitute not just a fashion statement but also a statement of my values — values that are in the minority in this city — but it’s my city, too. And if a security guard wants me to put on leggings to go to the Knesset, where I work for a feminist MK who’s also a religious Jew, then so be it. I can find empowerment elsewhere.

And besides, I took the leggings off as soon as I got inside.