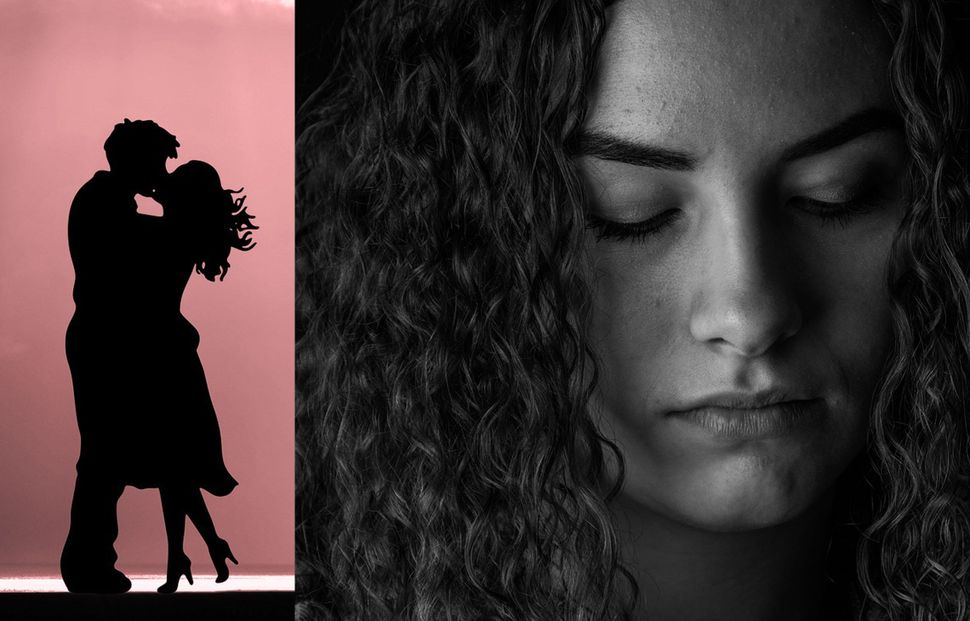 To protect the identities of all parties involved, the author of this piece prefers to remain anonymous. To send comments to the author, email us.

In ninth grade, I made out with a guy for the first time. We were both freshmen at a large Modern Orthodox Jewish high school and were somewhat friendly beforehand. I was barely 15 years old and was taken aback by a boy lavishing attention upon me for the first time. I don’t remember much of the logistics, but we ultimately ended up kissing and getting handsy in the basement of a large nondescript city building. These few minutes in a random basement proceeded to shape my social life for the next four years, as well as my sexual identity to this day.

Our rendezvous stayed about as secret as anything does in high school. As rumors swirled about what exactly occurred in that basement that fateful day, my personal life became a topic of discussion, with each participant offering a personal opinion. “She’s an attention whore,” has “no self-respect,” and is “trying to be edgy,” were the most common schools of thought regarding the reasoning behind my hotly debated actions. Some of my closest friends encouraged me to just “have more self-confidence, then you won’t seek validation and get a reputation.” At this point, though, my self-esteem was in short supply. Older boys reminding me that “once a slut, always a slut” made sure of that. Only about five years later have I begun to reopen this chapter of my life as someone more mature and more detached from the situation than I was at the time, and it sparked a deep sense of indignation within me.

The way female sexuality is spoken about and regarded amongst Modern Orthodox high schoolers raises myriad problems. The two most glaring issues are the subconscious shame surrounding female sexuality and the effect of that shame on sexual assault victims.

My experience in ninth grade is one I rarely speak of. Never did I dare to admit that I enjoyed it. That wasn’t acceptable — hooking up was something I was supposed to regret. The only thing worse than being a slut was being a slut who embraced her status. But I am not a slut for kissing someone who isn’t my spouse. I am a teenager with hormones, and I refuse to feel guilty for being a sexual being.

For boys, sexual urges are discussed as a fact of life. For girls, it is not even discussed as a hypothetical. But maybe — just maybe — a girl can kiss someone because it feels good and not because she is seeking approval or lacks self-respect.

Throughout my high school experience I was sexually harassed a number of times. The instances ranged from unsolicited photos of a boy’s genitals to more direct and aggressive touching of my body, equally unsolicited. Nothing about these experiences were unique to me, but we all acted as if these things had never happened. Those who came forward were typically met with the same slut-shaming that those who willingly had sexual contact endured. The only time I brought it up, my best friend at the time rationalized it in the same manner the perpetrators did, saying: “Come on. Everyone knows you’re into that stuff.” How did everyone know what I liked except for me?

It was then that I knew that coming forward and holding these boys accountable for their actions was a non-option. I felt as though these boys’ actions would be perceived as something I wanted, and calling attention to it would further cement my status as the attention seeker. But my word should be no less credible than anyone else’s, and making out with one boy does not mean I want to make out with every boy. It is unfair to assume that “no” is not in my arsenal of words or to assume it carries less weight because I didn’t say it to someone else.

The way physicality as a whole is addressed within yeshiva high schools fosters an environment in which intimacy is viewed as taboo — and nothing is more tantalizing to the average adolescent than a taboo. In an environment where females are reprimanded for hugging male cousins, we cannot hope to foster a positive attitude toward physical relationships. When it comes to physicality, we often forget the modern and discuss only the orthodoxy. The reality is that an overwhelming majority of the student bodies at Modern Orthodox high schools do not adhere to laws of shomer(et) negiah, and rather than push an agenda that has already lost, we need to promote honest communication of the adolescent reality. Let us not mistake ideals for reality, and stop shaming those who represent the reality.