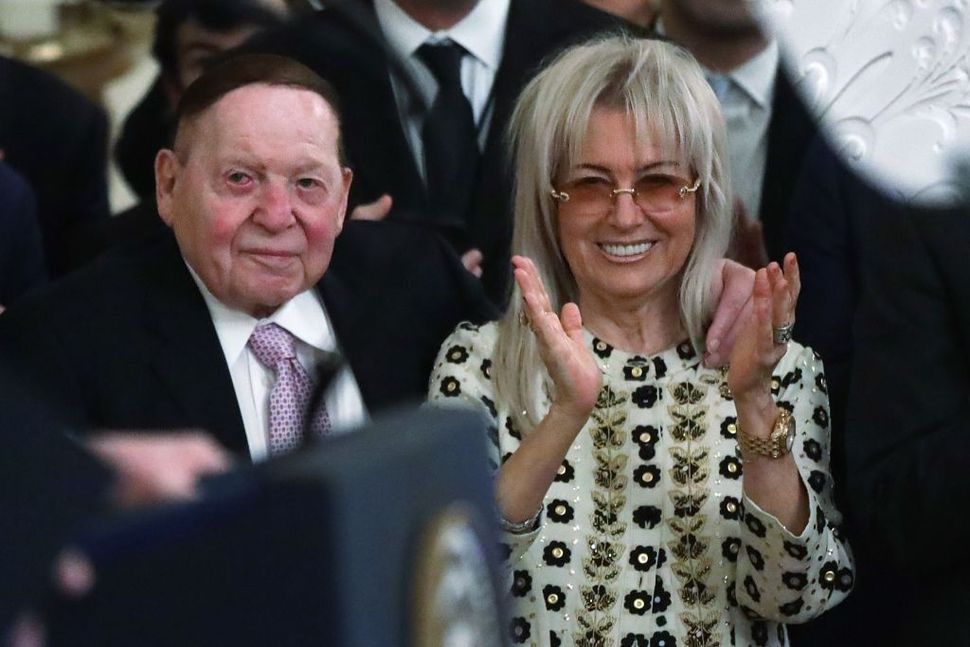 I was given the opportunity to travel to Israel last summer through the Taglit-Birthright Organization, an experience that made a lasting imprint on my life. I connected with about 30 gay, lesbian, bisexual, pansexual, non-binary and transgender Jews on my trip, all a part of a specialized “Pride” Taglit group departing from New York. We were given a full day to enjoy Tel Aviv Pride, and we engaged in a flurry of panels with LGBTQ Israeli professionals and community leaders throughout the trip alongside peers on a similar “Pride” trip out of Los Angeles. For the second half of our trip, we were joined by Israeli contemporaries for an exciting cultural exchange. I enjoyed much of our programming, including a two-hour forum provided for us to express our questions and concerns regarding the Palestinian population and, more broadly, the geopolitical complexity in the Middle East. Both my American and Jewish identities have become more realized through this exposure to Israel.

The trip, however, presented some difficult conflicts. Halfway into it, my group attended a large concert organized for thousands of Birthright participants. We listened to a speech you gave at the top of the program, welcoming us to Israel and promising us that we’d always be welcomed home here. I was forced that night to confront what perhaps I hadn’t wanted to think about—that the person who had given me this gift of a trip had, with her husband, contributed millions of dollars to the campaign of a President I stand against, one who supports white nationalists and fails to condemn violence against minority groups such as the ones with which I identify — the ones this queer, Jewish trip helped me connect to. . Over time, as my reflection of the trip becomes more sophisticated, the discrepancy I noticed that night has become tougher to sit with.

America places the onus on each one of us to hold each other accountable to the highest level of value we can offer. You and your husband’s millions of dollars in contributions to President Donald J. Trump in 2016 is not a secret. So, I was surprised to learn that you and Mr. Adelson have not yet donated to the America First Action Super PAC. I want to congratulate you on what I know must be a politically sensitive decision. I will continue to observe the ways in which you and your husband support the President, alongside my peers from Israel and the United States.

Donald Trump’s administration has reliably fought (and lost) in court arguing against LGBTQ individuals’ basic rights, including health care and equal opportunity employment. He has called neo-Nazis “very fine people” and has run online campaign ads flashing anti-Semitic imagery. A man who would question the patriotism of American Jews and who has stoked QAnon fervor does not respect Jewish lives or culture. Donald Trump has “led” only by bludgeoning public respect for our centuries-old democratic process amidst a devastating pandemic, suggesting as recently as August 17th that he should be allowed to sit for a third term. Our Constitution is a living social contract, and there will be a point when it becomes irreparably broken.

Ms. Adelson, silence is not an option for me, as it goes against everything I have been taught. That is why I protest in spite of federal troops in unmarked vans. That is why I stand with my peers in Israel as they take to the streets to peacefully protest as well. That is why I stand with my queer siblings in Belarus as they seek to depose a 26-year-long dictator, Alexander Lukashenko. You see, we in the LGBTQ and Jewish communities understand that injustice anywhere is injustice everywhere. We are here to speak out, proudly, for the soul of democracy, in our home countries and beyond our borders. We do so in love, not hate. We do so in hope, not fear.

This moment, Ms. Adelson, has stirred my Jewish soul and it demands that I honor our most cherished history of activism and resistance, in the name of those who fought for thousands of years, against all odds, to stay alive. Your work has connected me more deeply to my Jewish identity, and for that I thank you. This is what drives me now to ask you to continue to work with us on behalf of the greater good and to immediately retract all public support for President Donald J. Trump.

Jacob Ross is a graduate student at New York University.