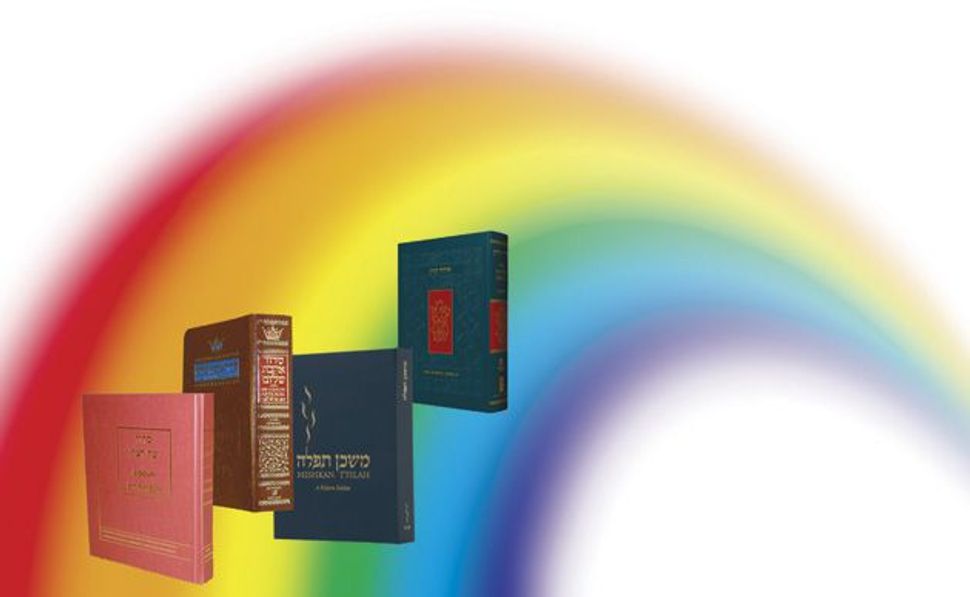 Not all the passions stirred up by Jewish prayer books are directed toward God. The new “Koren Siddur” (Koren Publishers Jerusalem) is a good example. Endorsed by the Orthodox Union and bearing the translations and commentary of Sir Jonathan Sacks, British Chief Rabbi, it has energized Modern Orthodox Jews seeking to assert their worldview, not just religious opinion. Overtly Zionist, relatively feminist and aesthetically elegant, Koren/Sacks is for them a welcome alternative to the more conservative ArtScroll Series, which has dominated for more than 20 years. “ArtScroll and their right-wing agenda have reigned far too long,” one vociferous blogger wrote, “and they are finally being called to the mat.”

This reception illustrates the claim of Rabbi Lawrence Hoffman, the renowned professor of Jewish liturgy at Hebrew Union College-Jewish Institute of Religion, that “prayer is an index of Jewish identity.” Hoffman has long argued that “how we pray is who we are,” and suggested that prayer books be understood not simply as spiritual librettos, but as the “manifestos” and “self-portraits” of the Jews who create them — articulations of the moral and ideological space a specific community seeks to inhabit.

The current spate of new siddurim serves, therefore, especially in our era of liturgical proliferation, as a barometer of the trends and self-definitions at play in the Jewish world.

Siddur* “B’chol L’vav’cha”* (“With All Your Heart”), the Friday night prayer book published last year by Congregation Beth Simchat Torah in New York, is another exemplification of Hoffman’s thesis. CBST, founded in 1973 by gay Jews who felt marginalized elsewhere, has since grown into the largest gay, lesbian, bisexual and transgender Jewish community in the world. A high degree of Jewish literacy, coupled with the mission of staking out queer Jewish identity, has given rise to a unique tradition of prayerful self-expression. “We have a lot of Jewish depth,” said CBST’s Rabbi Sharon Kleinbaum, “and also a lot of very radical creative energy.”

The new hardbound siddur crystallizes innovations stretching back to the photocopied, do-it-yourself prayer books of the congregation’s earlier years. CBST’s older siddurim, Kleinbaum noted, were “radical for their time, removing references to a masculine God.” “B’chol L’vav’cha,” while retaining the structure of the Friday evening service, engages in even subtler reconfigurations. For instance, Bilhah and Zilpah, Jacob’s concubines, are inserted into the litany of matriarchs, because the GLBT community is particularly sensitive to the issue of legitimacy and marital status. Words of prayer are also interspersed with modern gay and Jewish poetry from, among others, Walt Whitman, Tony Kushner and Stephen Sondheim. “We’re trying to expand the idea of prayer being poetry,” Kleinbaum said, “and poetry being prayer.”

The 10-year process that produced “*B’chol L’vav’cha” *was equally an expression of CBST’s ethos, with congregants suggesting alternative readings, donating professional expertise and picking up the $50,000 price tag. And although the siddur was created specifically to represent the community’s own spiritual personality, it has already garnered wider attention, including a few hundred sales. “That wasn’t our primary focus,” Kleinbaum said, “but it speaks in a progressive voice for everyone, and we’ll be delighted if others choose to use it.”

Though CBST is not the first congregation to produce and distribute its own siddur, the model is far from common — largely because of the costs such a project entails. Most wide-release, non-Orthodox prayer books have been denominational endeavors, with new Conservative, Reconstructionist and Reform volumes emerging roughly every three or four decades since the middle of the past century. The Reform movement’s Central Conference of American Rabbis put out a new siddur, “Mishkan T’filah,” (“Tabernacle of Prayer”) two years ago, following an extended development phase. The work retains some distinctive features of older Reform texts, including multiple versions of the various services, meant to encourage autonomy. But it also represents a deeper engagement with the traditional Hebrew prayers, a clear sign of departure from the movement’s assimilationist origins. (Significantly, it is also the first American Reform prayer book to be officially titled a “siddur.”)

The Conservative Rabbinical Assembly is slated to release “Machzor Lev Shalem” (“Whole Heart”), a High Holy Day liturgy, next May, after more than 10 years of deliberation that, according to publicist Shira Dicker, “doesn’t necessarily indicate dysfunction. It indicates rabbis being rabbis: debating, changing their minds, having better ideas, being stubborn.” But Dicker also acknowledged that the denominational siddurim, including “*Mishkan T’filah” *and the Reconstructionist Kol Haneshamah (“Voice of the Spirit”) series, bear the extra burden of helping these movements clarify themselves, especially in a context of gathering post-denominationalism.

Some, in fact, believe that the denominations move too slowly, or are too beholden to consensus, which, rather than providing ballast and expertise, is seen as a hindrance to real innovation. “Everything has to conform to the movement,” said Joseph Rosenstein, a Rutgers University math professor and the creator of “Siddur Eit Ratzon” (“Time of Favor”), “which doesn’t give them much flexibility.” Rosenstein represents the triumph of personal passion and technologically enabled individualism in the sphere of Jewish liturgy. In less than a decade, he has single-handedly produced six editions of “Eit Ratzon,” a prayer book for weekdays, the Sabbath and festivals. Rosenstein initially compiled the siddur for New Jersey’s unaffiliated Highland Park Minyan, but has since been vigorously marketing it elsewhere.

Rosenstein does not consider “Eit Ratzon” the manifesto of his community, both because the minyan’s input was indirect and because the siddur was deliberately designed to accommodate the group’s lack of a singular orientation. Drawing on his experience as an educator, he structured the text to address various “obstacles” that prevented congregants from offering meaningful participation in Jewish worship. This included extensive transliteration, interpretive translations, meditations, explanations of ritual choreography and commentary that acknowledges theological perplexity. The result is a gentle invitation to traditional prayer, popular with congregations similar to his own. “We have a cross-section of people,” he said. “My siddur has proven to be appealing to synagogues like that.”

“Eit Ratzon” is by no means ideologically neutral, speaking as it does in Rosenstein’s voice, and assuming a desire to engage with the time-honored Hebrew liturgy. And its central question — How should we find meaning in prayer? — can actually be found at the heart of almost all of these new siddurim, whether the answer is offered in the elegant prose of Sacks or in a Sondheim tune. This may be, in Hoffman’s terms, the ultimate self-portrait they provide: a Jewish generation churning with opportunity, wondering what, if anything, it means to talk not only among ourselves, but also to God.

Benjamin Weiner is a writer and Reconstructionist rabbi based in Boston.