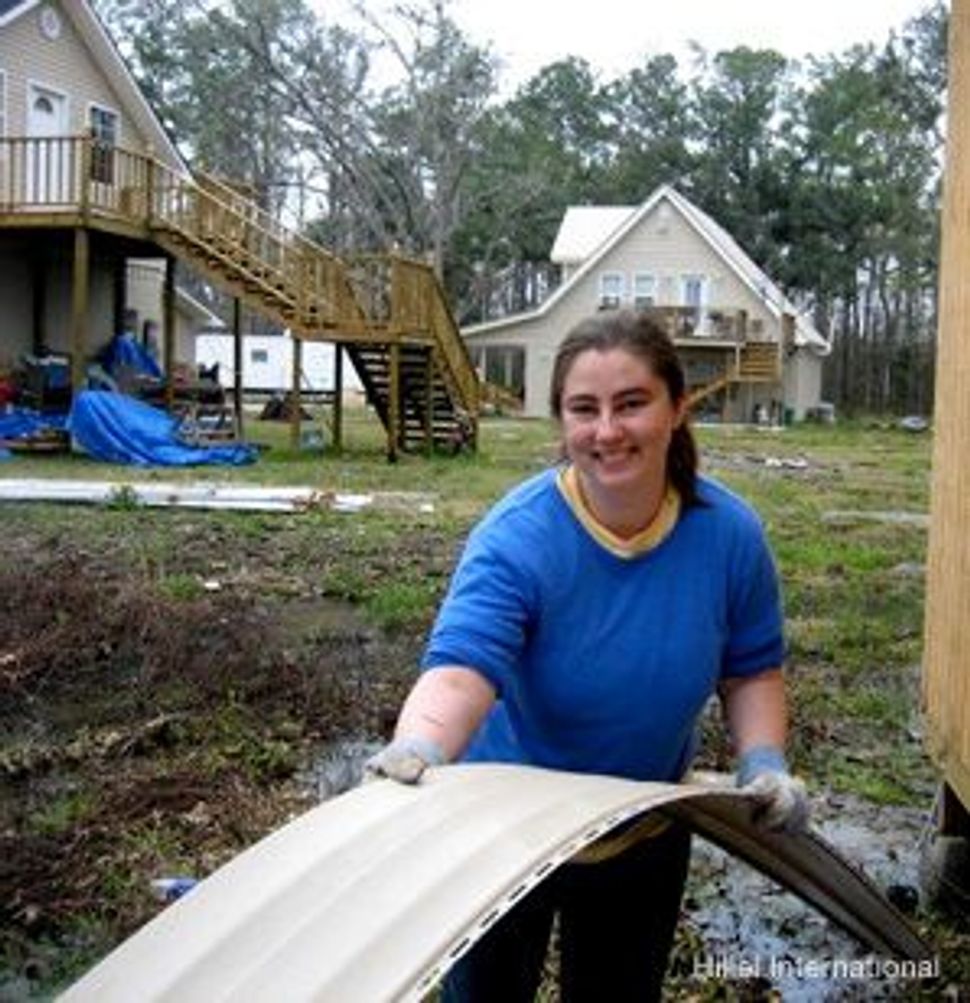 BREAK TIME: On 'alternative breaks,' college students spend a week doing anything from teaching children to doing construction work on homes. Above, a student from Toronto puts siding on a damaged house in Mississippi.

Winter vacations and spring breaks afford college students a chance to catch up on lost sleep or to work on their tans. But this year, growing numbers of Jewish students will donate some of their vacation time — as well as their money — to perform community service. 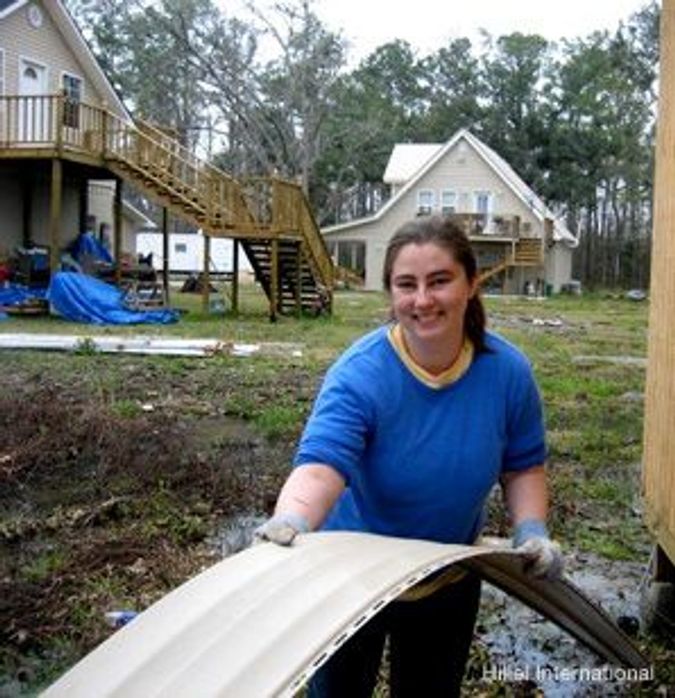 BREAK TIME: On 'alternative breaks,' college students spend a week doing anything from teaching children to doing construction work on homes. Above, a student from Toronto puts siding on a damaged house in Mississippi.

A study conducted by the Charles and Lynn Schusterman Family Foundation found that the number of college students participating in short-term service trips in the 2007-2008 school year is expected to increase from that of the previous year by 30%. Some 2,400 students are expected to participate in a program this academic year.

During “alternative breaks,” students spend a week or two doing community service in locations ranging from inner-city Baltimore to the Katrina-ravaged Gulf Coast, from southern Israel to small-town Ukraine. Steadily gaining in popularity, these service trips are offered by several different organizations that often work in conjunction with college Hillels to recruit and organize students.

The recent increase of financial support for alternative break programs reflects a growing belief that one week spent building a fence, gutting a house or teaching children can have an effect that is worth the financial investment and that extends well beyond the one-week fling with community service.

“A 10-day immersive experience can be really transformative for people,” Lisa Eisen, national director of the Schusterman Foundation, told the Forward. “It unites the Jewish value of tikkun olam with the universal values of helping others and building a better world that are resonant with college students today.”

This year, the Schusterman Foundation expects to see a growth in opportunities for college students to participate in the trips. The foundation, which does not run trips itself, will give more than $1.2 million to six organizations that have organized trips so that these organizations can expand their capacity.

While the students seem eager to donate their time, they also must contribute a considerable sum of cash to participate. The prices of the trips — which can reach $800 per participant, excluding airfare — are not expected to drop. The trips are already heavily subsidized, with organizing groups paying more than half the cost.

Abbey Greenberg, a senior associate for Weinberg Tzedek Hillel at Hillel International, said she recognized that “the cost could be prohibitive” and that there were some college Hillels that have chosen to offer domestic trips rather than international ones because of the cost. But it is a problem with a solution, she added, and organizations and students use a range of techniques to offset the cost — from asking donors to cover individual trips to having students set up online fundraising sites that allow them to solicit smaller donations from friends and family.

When the Jewish National Fund, which runs programs in Israel, began organizing alternative breaks, each participant was asked to pay $650 to help cover the costs, with donors covering the other $1,500 of expenses per participant. Now, JNF and its donors cover all the costs, but the organizations asks each participant to raise money — this year, each student is required to raise $1,100 — which goes directly to the project they are working on in Israel. Each student gets an online fundraising page and sends e-mails to friends and family, asking for donations. “It actually allows more people to get involved, instead of just one person writing a check for $650,” said Rebecca Kahn, JNF’s campus programs manager.

The American Jewish Joint Distribution Committee offers trips to Ukraine and Poland, among other locations. Donors subsidize its programs, but students are still required to participate financially as a way of increasing the personal stake in the program.

The trips serve as a way to open participants’ eyes to previously undiscovered challenges. “There are too few Jewish college students who even know about the existence of Jewish communities in these places, let alone the severe need,” said Linda Levi, JDC’s assistant executive vice president. “The best way to educate them is to take them.”

Seth Flaxman, a senior at Harvard University who has attended two spring-break trips through Harvard Hillel — one to Guatemala and one to New Orleans, organized respectively by American Jewish World Service and Hillel International — said that both trips offered him chances to learn new things. The Guatemala trip “gave me firsthand experience with issues that were until then pretty remote: international development, poverty, human rights abuses in Latin America.” Flaxman said he needs to spend his 2008 spring break working on his thesis, but he is already working with members of his Hillel to help organize this year’s trip.

“When people… get their hands dirty and they see what they can do,” said Donald Cohen-Cutler, a spokesman for the Union for Reform Judaism, “they are going to continue to engage in these meaningful activities.” The URJ organizes short-term trips for college students as part of its service programs offerings, and Cohen-Cutler said that he hoped the trips would emphasize Reform Judaism’s belief that “ritual and social action go together.

“It’s a chance to work in a community and then go home and continue to work and to see that service is a way of being Jewish in the world,” said Maggi Gaines, vice president for service learning and partnerships at the Jewish Funds for Justice, which runs domestic trips.

This is a belief that Hillel’s Greenberg said she has seen reflected in increased involvement in Jewish communities and social action projects after students return to campus: “We are seeing success as a way to engage Jewish students, whether it be around Israel, social justice… or global Jewish identity.”