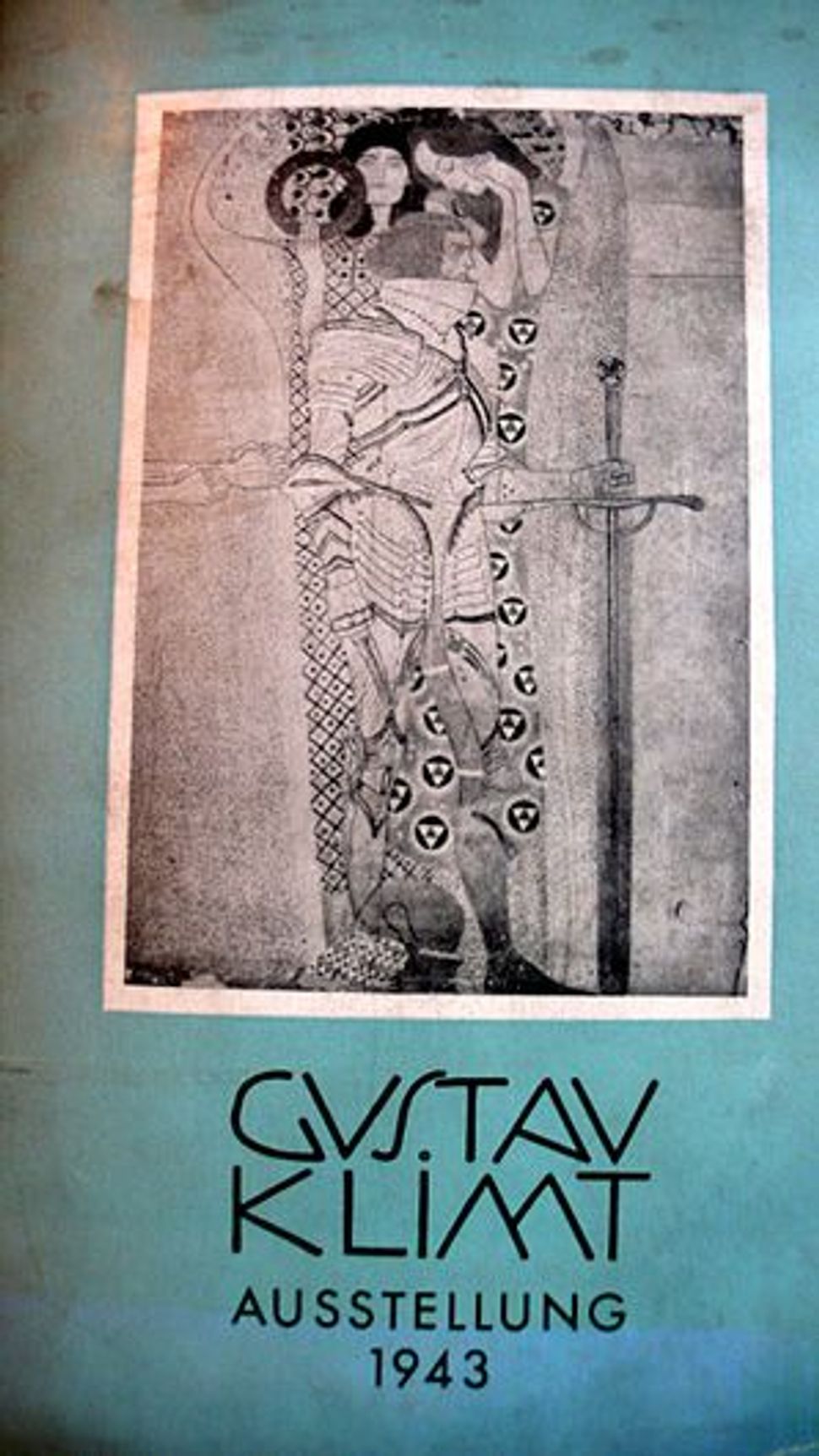 Museum officials are calling the exhibition now on display at New York’s Neue Galerie America’s first-ever Gustav Klimt retrospective. But can the eight paintings and 120 drawings on view be considered a true “retrospective”? The exhibition is not drawn from a variety of sources; it is, rather, made up of a single — albeit impressive — collection. At its heart, the show is just as much a tribute to the efforts of the two men who have amassed it — the late art dealer Serge Sabarsky and the cosmetics heir Ronald Lauder — as it is a tribute to the artist himself. Then again, despite Klimt’s ever-growing popularity, no country, not even his native Austria, could mount an exhibition that does full justice to the artist’s career. 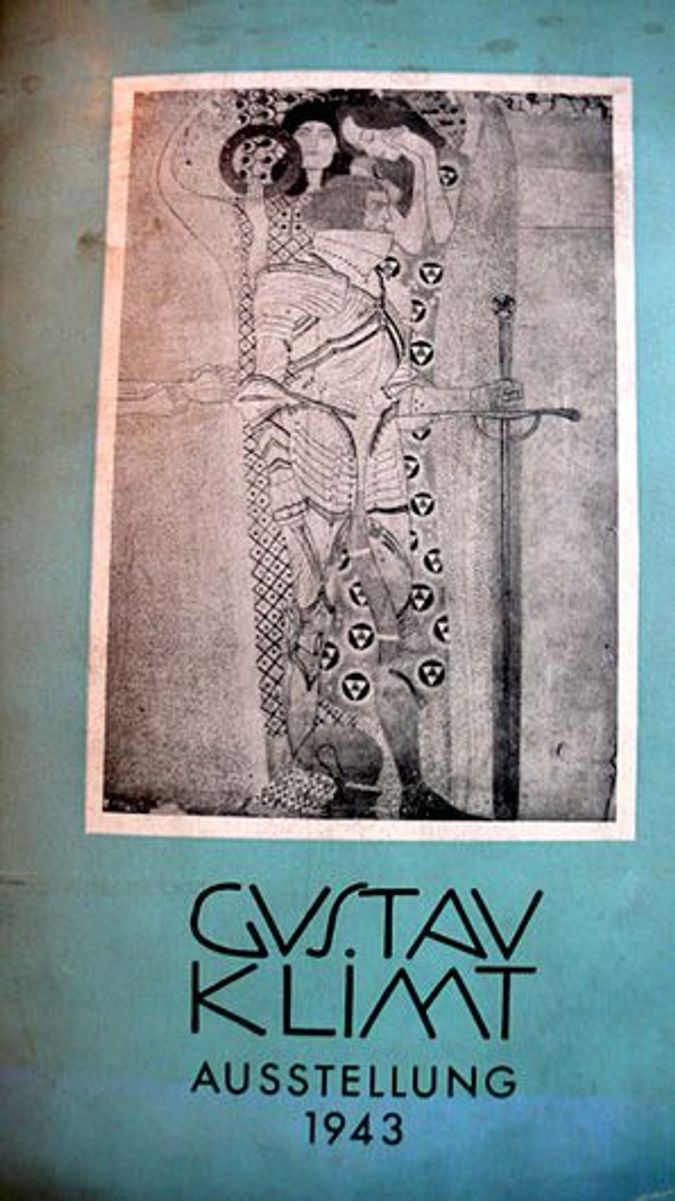 The last show to do Klimt “justice” was held in Vienna in 1943 under the auspices of Baldur von Schirach, the Hitler-appointed Gauleiter, or overseer, of the city. Though nominally a celebration of what would have been the artist’s 80th year, the exhibition was more accurately a display of looted art. Although not specifically deemed “degenerate,” Klimt was certainly an artist whom the leaders in Berlin considered decadent. Nonetheless, von Schirach, with the confidence of a Nazi favorite — he had headed the Hitler Youth movement, and his wife was the daughter of Hitler’s official photographer — was not averse to stepping out of line when it came to culture.

And so, on February 7, 1943, he unveiled an exhibition featuring 66 Klimt paintings and 34 Klimt drawings at the Exhibition Hall Friedrichstrasse. During the month that the show was open, 24,000 Viennese flocked to see it. Included in the exhibition were the trailblazing works expropriated from a leading Jewish family.

Serena and August Lederer had been far more than devoted patrons of the artist. Their holdings included the intellectual capstone of Klimt’s career, the monumental images of the faculties of “Philosophy,” “Medicine” and “Jurisprudence” intended for the auditorium of the University of Vienna. Far from being embraced as masterpieces, the paintings, when unveiled in 1905, were deemed “pornographic.” To help the artist weather the storm, August financed the placement of the paintings in his collection and in others. A decade later, Klimt’s 1902 Beethoven Frieze, the nearly 35-meter-long homage to the power of the composer’s art, also came into Lederer’s hands, along with the preparatory drawings. And in 1928, 10 years after the artist’s death, the Lederers acquired the much acclaimed early paintings “Music” and “Schubert at the Piano.” A critic had deemed the latter “the finest painting ever made by an Austrian.”

When the Nazis took over Austria in 1938, August had been dead two years. A year later, Serena, after trying in vain to save the collection, fled to Budapest, where she died in 1943. The Klimts were taken over by the state with the usual rationale that they constituted partial payments for debts owed by the Lederer industries. Several Vienna museums competed for the magnificent quarry, but up to the time of the 1943 exhibition, no decision had been reached as to the collection’s destination.

Von Schirach’s Klimt retrospective ended up being the last hurrah of his ambitious Austrian cultural program. The war’s turning point had come just a few days before the exhibition opened with the surrender of the Germans at Stalingrad. By March 1943, the entire Third Reich had been mobilized for “total war,” and, as the threat posed by air raids became increasingly real, it was determined that the Klimts would be better off in storage. Soon after the exhibition closed, more than 10 paintings from the Lederer collection, including the three faculty pictures — along with a number of other Klimt canvases — were hidden in a castle in Immendorf, a hamlet in lower Austria not far from the Czech border. (The Beethoven Frieze was stored elsewhere.) In May 1945, as the Russians came over that border, the German unit that had been garrisoned in the castle retreated, but not before laying explosives. Between May 8 and May 11, the building and its contents burned to the ground.

Among the paintings on view in the 1943 retrospective were three Lederer family portraits: Klimt had painted not only Serena herself, but also her mother and her daughter. Since these were pictures of Jewish women (and hence not given names in the exhibition catalog), they were not considered important enough to be hidden. The portrait of Serena’s mother never surfaced after the war, but the other two re-emerged at auctions and were returned to the Lederers’ son, Eric, who died in Geneva in 1985. The two remaining portraits are now in New York: The image of Serena is at the Metropolitan Museum of Art; the painting of her daughter, though not in the current exhibition, belongs to Ronald Lauder.

Monica Strauss, an art historian and journalist, is currently writing a book about Klimt’s Jewish patrons.