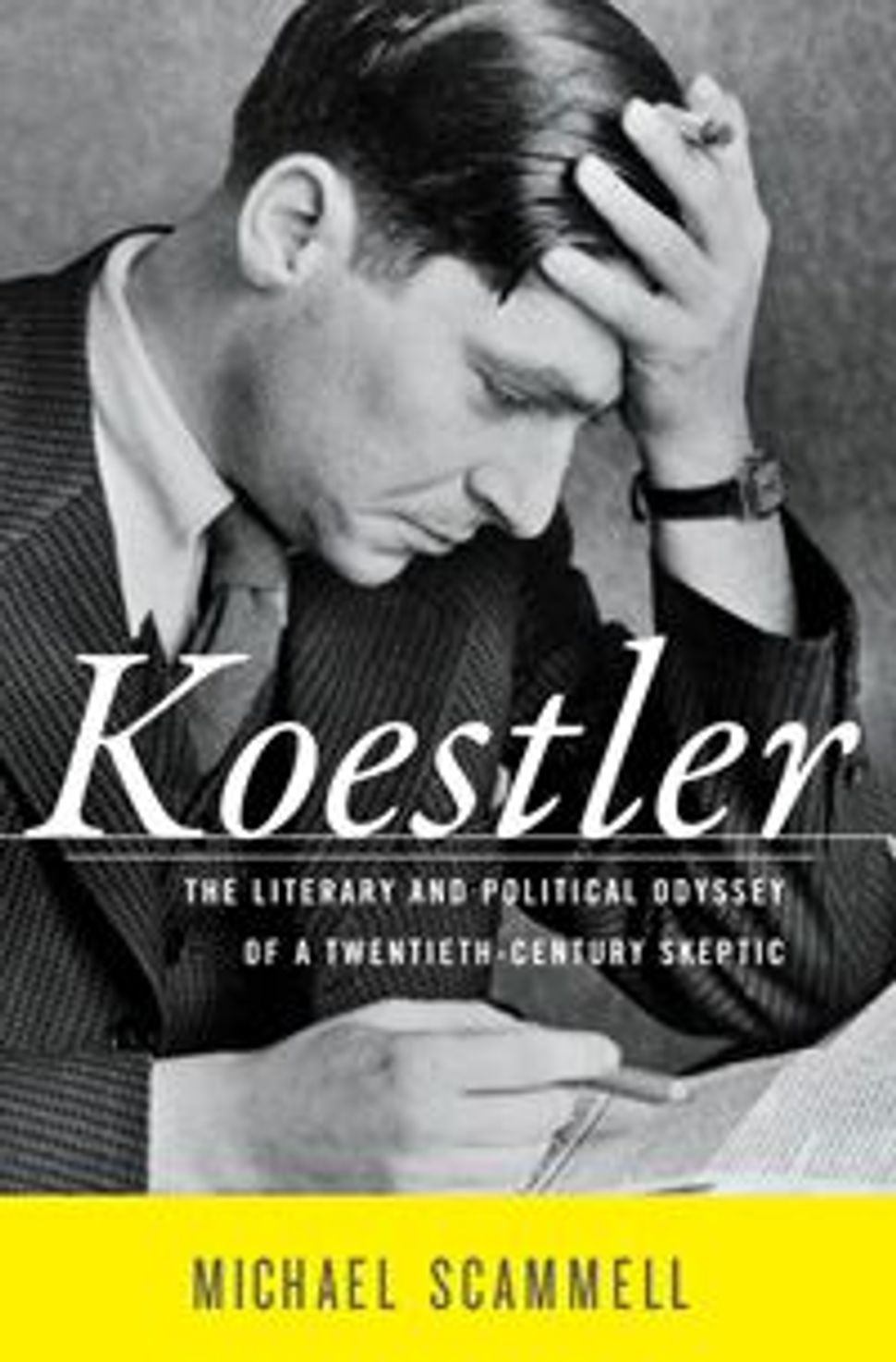 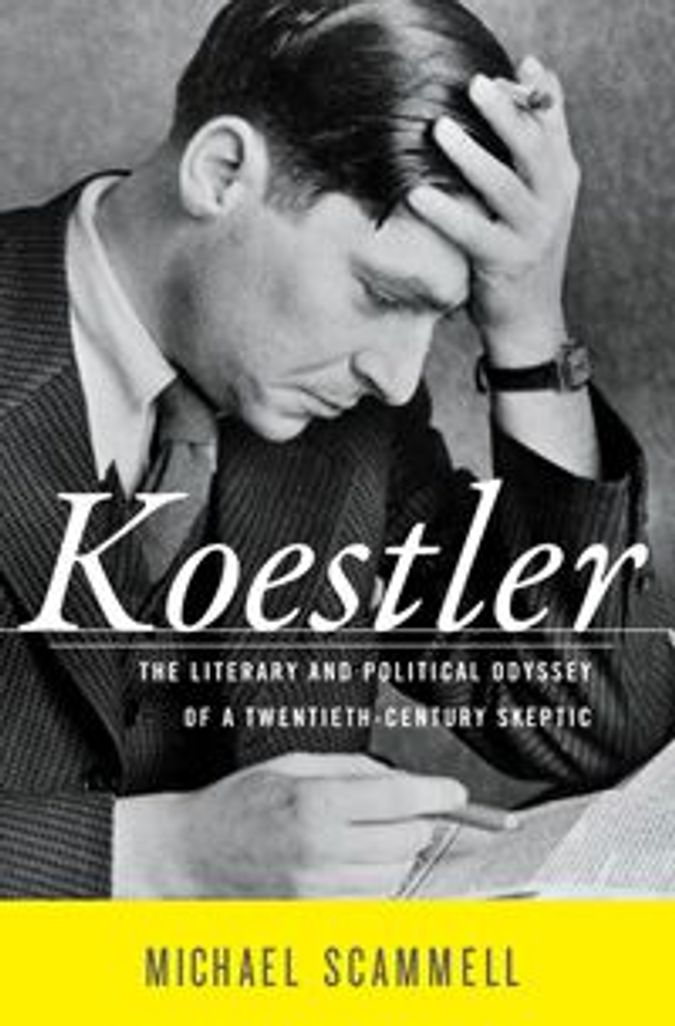 In 1925, Arthur Koestler, a 20-year-old Hungarian journalist, began to believe that politics was “above all futile” — and that there was “more truth” in philosophy. Zionism, he thought, was the field where he could get the most recognition: “But can’t I also earn fame through literature?” he asked.

It turned out that he could. Published in 1940, his novel “Darkness at Noon,” based on Stalin’s show trials, became a 20th-century classic, demonstrating with stunning force that the fanatical faith of Communists was based on illusions, delusions and lies. A runaway bestseller in the United States, where it has never gone out of print, it brought him fame and fortune.

And, in time, an undeserved reputation as a one-book wonder. In “Koestler,” Michael Scammell, a professor of creative writing and translation at Columbia University and the author of a biography of Aleksandr Solzhenitsyn, describes Koestler as a fox, to use Isaiah Berlin’s terminology, rather than a hedgehog, and a “peculiarly swift and preternaturally clairvoyant” one, at that.

As author of more than 30 books, including six novels, four autobiographies and four scientific treatises, Koestler did write too many books, Scammell acknowledges, in too many genres to be considered an expert in any field. And yet, as a “Casanova of causes” and a contrarian, he took himself — and his readers — to dangerous and exciting places, as he challenged “settled truths.”

“Koestler” is a splendid biography, especially as it illuminates Koestler’s fascinating personal life. Like Zelig, Koestler seemed always to be at the right place at the right (or pointedly wrong) time. In Palestine in the 1920s, he invented the Hebrew crossword puzzle, defended the Irgun and the Stern Gang (by pen and not sword), and began to articulate his highly controversial view that Diaspora Jews should come home or assimilate.

In civil war-torn Spain in the 1930s, he languished in jail, facing imminent execution as a Communist spy.

When World War II began, he served with the British Pioneer Corps, digging ditches, filling them with oil and setting fire to them to convince German bombers to return home because their targets had already been hit.

And in the 1960s, he hung out with Timothy Leary, experimented with psilocybin, and hallucinated that the Gestapo — or the KGB — “have got me.”

Blasted by Norman Mailer, an expert on the subject, as “an absolute egomaniac, a beast,” Koestler is best understood, Scammell suggests, as a manic-depressive: competitive and combative, and, by turns, demonically gleeful, suffocatingly self-important and gloomily self-doubting.

His shyness, sensitivity and devil-may-care daring made him a magnet for women — but, alas, he rarely treated them well, at least not for very long. Scammell isn’t sure that Koestler raped Jill Craigie, the wife of British Labor leader Michael Foot, but he doesn’t deny that Koestler struck his own wife, Mamaine Paget, more than once.

As an intellectual, Koestler was also “often foolish,” Scammell argues. But he could be prescient. In a spate of ambitious works that fused autobiography, psychological penetration and dialectical analysis, including “Arrow in the Blue,” “Dialogue with Death,” “The Invisible Writing” and “The God That Failed,” Koestler interrogated the problems of individual freedom, the ethics of choice and the totalitarian forces shaping the modern world “with unrivaled dialectical verve and penetration.”

Less persuasive, however, is Scammell’s assertion that Koestler was a skeptic, whose romantic hopes “that some variant of the utopian dream might lead to happiness on earth” were undercut by an awareness of the “realities of human nature.” After all, as Scammell also writes, for Koestler, “the quest itself was the point.”

Koestler is better understood, perhaps, as a serial seeker who associated himself with the neo-Lamarckian claim that acquired characteristics have been inherited, and with the view that ESP, telepathy, clairvoyance and psychokinesis were “the highest manifestation of the integrative potential of living matter.” He also endorsed the theory that the Khazars, a mysterious people from the north Caucasus, made a “substantial, and, in all likelihood, dominant” contribution to the makeup of Eastern European Jews.

Scammell concedes that it might have been better for Koestler to have died in his 40s, as George Orwell did, without sullying his career with treatises on astronomy, evolution, parapsychology and Jewish racial theories.

But now, thanks to “Koestler,” we can decide for ourselves and put in perspective “one of the most versatile and protean writers of the twentieth century.”