Israel’s ‘Golden Boy’: A New Biography Explores How It Is We Came To Forget Yigal Allon 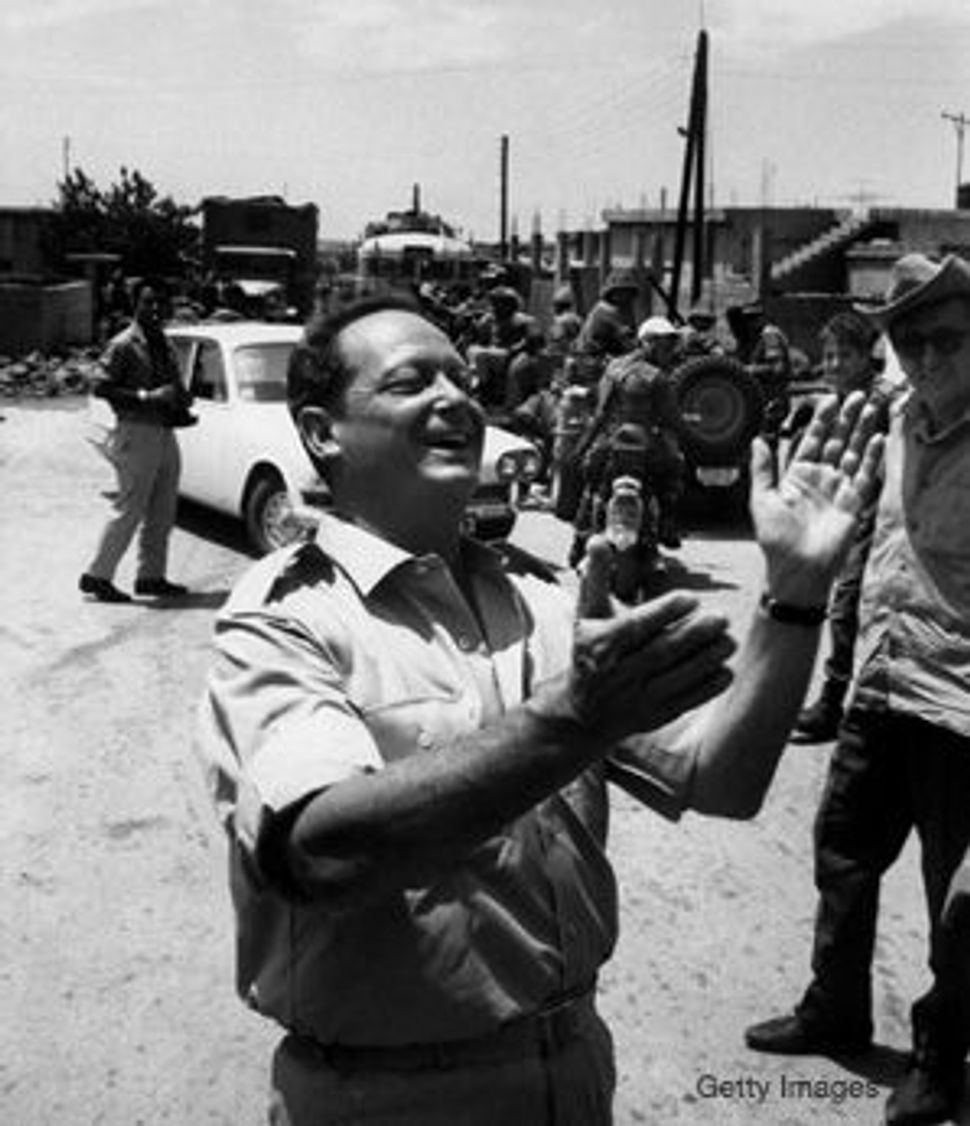 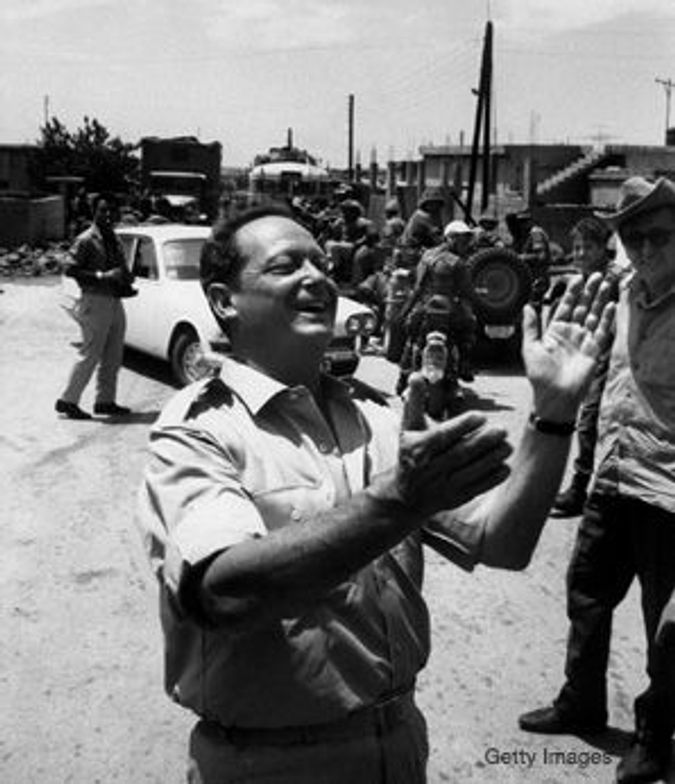 At the end of the Israeli War of Independence, no military leader was better known than Yigal Allon. A former commander of the elite Palmach unit, Allon, a broad-shouldered sabra, coordinated the battles for the eastern Galilee and the road to Jerusalem, masterminded the defeat of the Egyptian army in the south and captured Eilat. He was, biographer Anita Shapira says, Israel’s “golden boy.”

So why do so few people know his name today?

“Yigal Allon, Native Son,” Shapira’s beautifully written account of Allon’s first three decades, which was a best-seller in Israel, ends with his resignation from the army in 1950. Despite filling many senior government positions, including that of foreign minister, he never again commanded the kind of public affection he had in the run-up to independence, never again made it to the top. How this born leader came to peak at 31 is the question that shapes the book.

Allon was born Yigal Paicovitch in 1918 in Mes’ha, a particularly bleak settlement in the lower Galilee whose residents were famous for their squabbling. At 16, he was sent to the progressive Kadoorie Agricultural High School. So reluctant was he to return to Mes’ha after graduation that when his elderly father was hospitalized, Allon sold off the family farm without his knowledge.

Instead he helped found Kibbutz Ginnosar by the Kinneret, where he was propelled into a key position after 10 of the kibbutz’s leaders were jailed after a clash with local Arabs. In an era in which political affiliation was all-important, he soon persuaded Ginnosar to join the Kibbutz Meuchad (United Kibbutz) movement, on the left wing of the dominant Mapai party. He was attracted by its dynamism, its inner solidarity and its sense of social responsibility — all so different from Mes’ha. The decision shaped, and ultimately cost him, his career.

In August 1936, Allon joined the Jewish Settlement Police, and three years later, the Haganah. It was there that he met Moshe Dayan, later to be his great rival. When the Palmach was established in 1941, Allon and Dayan were its first two company commanders. Allon easily dominated: He was easygoing and one of the boys, while Dayan was moody and socially awkward.

In order to secure its financial future, the Palmach, too, affiliated with the KM kibbutzim. The Palmach absorbed the kibbutzim’s idealism, creativity and tight-knit social bonds. But there was also a growing conflict with David Ben-Gurion — particularly after the KM split from Mapai, which he headed, in 1944. In 1948, Allon helped establish the more left-wing Mapam party.

Ben-Gurion had always objected to the Palmach for what he perceived as its elitism, amateurism and disrespect for law and order. But the main objection seems to have been political. And once Allon was promoted to Palmach leader in 1945, Ben-Gurion’s enmity became personal. He never trusted Allon, even though, when war broke out, Allon successfully defended the Galilee and was sent to command the south when that became the main front. While Ben-Gurion operated like a measured statesman, Allon, who had rarely been out of Palestine, was politically naive and belonged to a generation that believed it could do anything. He often wanted to push further militarily than Ben-Gurion, ignoring the diplomatic consequences, and so he became known for stretching his orders.

Ben-Gurion interpreted his “overdose of independence… as defiance.” But as Shapira notes, “Things for which Ben-Gurion never forgave Allon — irresponsibility, lack of discipline, doing as he liked — skimmed over Dayan without touching a hair.”

After the war’s end, Ben-Gurion gave the southern command to Dayan, who had not made his mark during the war. Allon received nothing.

According to Allon, Ben-Gurion told him that to remain in the army, he had to disassociate from Mapam, which the prime minister saw as dangerously left-wing and threatening to the state’s security. In fact, Allon had briefly tried to leave the movement, but he could not abandon his friends. He resigned from the army and then suffered a disappointing political career.

Many of Allon’s friends thought his failure stemmed from personal qualities: He was not ruthless enough and could not break free from his friends’ restricting political noose. Shapira, however, seems to side with those who thought that Allon’s unfulfilled potential was typical of an entire generation of Palmachniks. The skills necessary to fight for independence, she posits, were inadequate for the reality of building and managing a country. The Palmachniks ended up alienated from a state that was radically different from the ideal-fuelled Yishuv.

Shapira provides scant evidence that any other member of that generation did feel this way, which is a major weakness of her biography; however, it is clear that Allon’s charisma was uniquely suited to the free-spirited pre-state period and that Allon was lost in a different reality. It is also clear that Ben-Gurion was largely to blame for pushing Allon out of the military sphere that was his natural environment, for purely political reasons. One closes this book with a question: Isn’t it possible that were it not for the prime minister’s own ruthless streak, Allon’s career might have taken a vastly different trajectory — one that would have kept him in the army, and at the top? Though Shapira does not answer the question, she has neatly laid out all the evidence.

Miriam Shaviv is the comment editor of The Jewish Chronicle in the United Kingdom.

Israel’s ‘Golden Boy’: A New Biography Explores How It Is We Came To Forget Yigal Allon