Born Grumpy, With a Talent for It 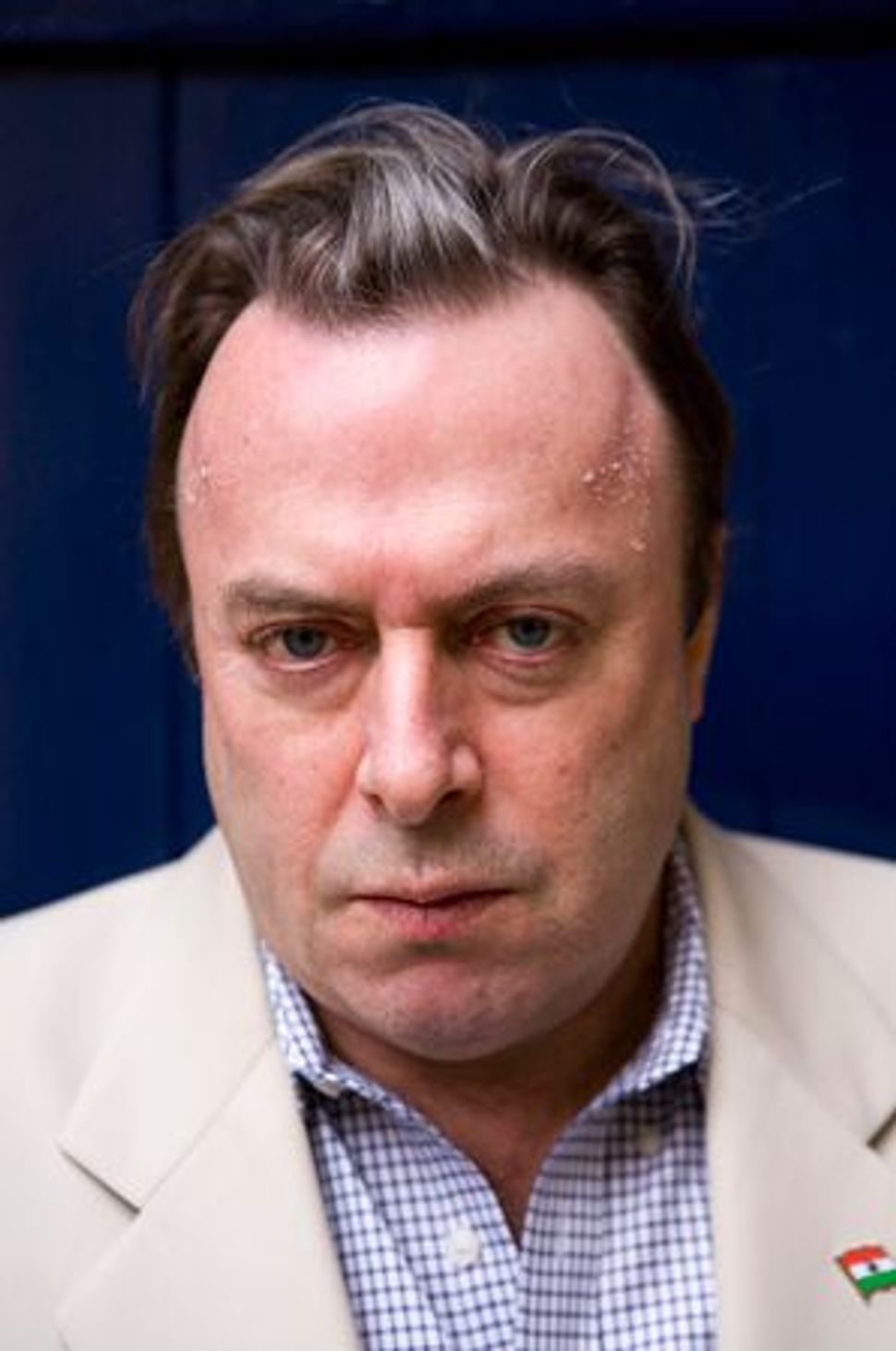 Christopher Hitchens writes best when he writes with disdain. In book-length attacks on Mother Teresa (“The Missionary Position”), The Clintons (“No One Left to Lie To”), and religion (“God is Not Great”), he has shown himself to be an entertaining and erudite polemicist. And though Hitchens is irritated by his reputation as a contrarian, only a contrarian would deny being a contrarian in the introduction to a book titled “Letters to a Young Contrarian,” as he did in 2001. 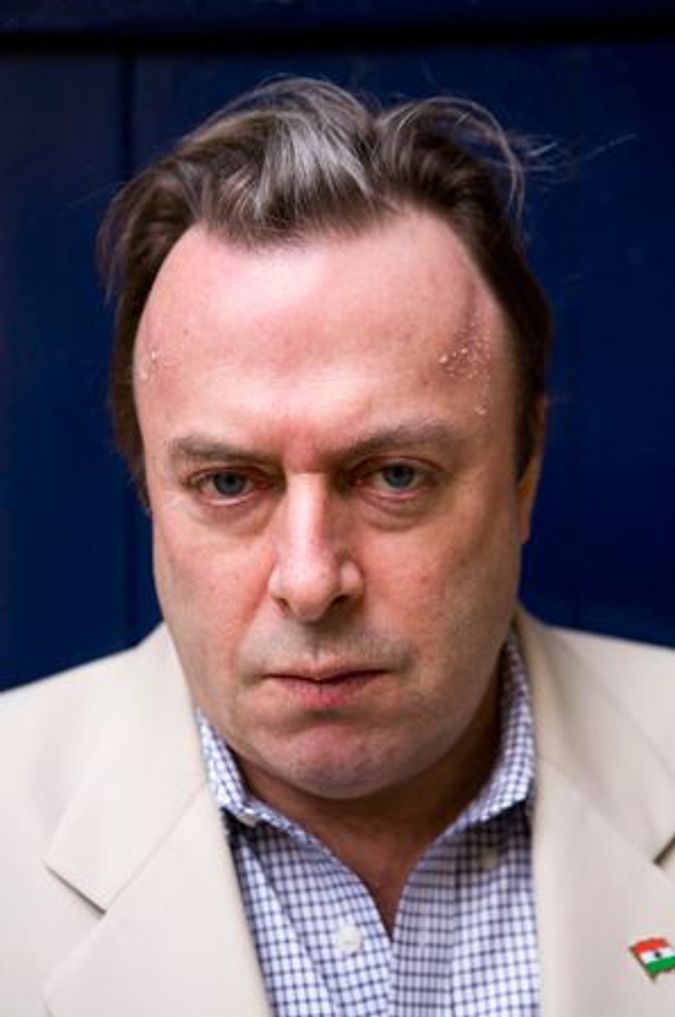 Elsewhere in that introduction, Hitchens wrote: “I myself hope to live long enough to graduate, from being a ‘bad boy’ — which I once was — to becoming ‘a curmudgeon.’” His new memoir, “Hitch-22,” suggests an altogether different trajectory. Hitchens has mellowed, almost alarmingly so. Now in his early 60s, the one-time “bad boy” has become something of a softy.

Born to an austere commander in the British Navy and a “thoughtful, loving,” yet slightly hippyish mother, Hitchens quickly established himself among the top-rank of Fleet Street wordsmiths. In the 1980s, Hitchens emerged on the American intellectual scene as the pugnacious, Washington-based scribe for the Nation magazine, where he remained until 2002, when his hawkish response to 9/11 led to his falling out with much of the left. Hitchens’s unwavering support of the war in Iraq, vociferous atheism, and hyper-intellectual showmanship has made him a not-so-mini celebrity.

Hitchens must be one of the more omni-connected figures of our time. At the University of Oxford, he chatted over cocktails with Isaiah Berlin, struck up a relationship with the “toneless” and “mechanical” Noam Chomsky, and, according to Hitchens, had two girlfriends in common with the “beefy” and “unscrupulous” Bill Clinton (who was a Rhodes Scholar at the time). After graduation, Hitchens’s circle of acquaintances expanded massively and sometimes bizarrely: Margaret Thatcher, in the mid-70s, playfully tapped Hitchens on the rear with a tight cylinder of rolled-up papers in response to an article he wrote in which he described her as surprisingly sexy; the “boring and dank” Palestinian terrorist Abu Nidal invited him to enlist in one of his training camps (Hitchens declined), and Agatha Christie invited him to dinner, where, Hitchens writes, “the anti-Jewish flavor of the talk was not to be ignored or overlooked.”

Judaism looms surprisingly large in this atheist’s memoir. In 1987, Hitchens learned that his mother, by then deceased, was Jewish. “Your mother didn’t much want to be a Jew, and I didn’t think your father’s family would have liked the idea,” his maternal grandmother told him. “So we just decided to keep it to ourselves.” (In an aside that rings both false and creepy, Hitchens writes that when he first visited his grandmother after hearing the news, she “rather abruptly looked Jewish to me.”) Hitchens explains his mother’s deception this way: “I have become convinced that she was willing to give up even the smallest adherence to the synagogue if it would smooth the accession of her two sons into polite English society.” He recalls as a child overhearing an argument between his parents about whether they could afford to send him to private school. “If there is going to be an upper class in this country,” his mother said, “then Christopher is going to be in it.”

There was an added frisson to Hitchens’s discovery of Jewish roots: He was at that time a prominent anti-Zionist, having just co-edited a volume of essays with Edward Said titled “Blaming the Victims: Spurious Scholarship and the Palestinian Question,” a broadside against perceived anti-Palestinian bias in academe. In “Hitch-22,” Hitchens adopts a more-in-sorrow-than-in-anger tone, but reaffirms his opposition to Zionism, which he regards as an injustice against the Palestinians. Moreover, he is gloomy about Israel’s long-term prospects. “I have never been able to banish the queasy inner suspicion that Israel just did not look, or feel, either permanent or sustainable.”

Yet, even Hitchens’s critique of an old bugaboo like Zionism lacks the sense of outrage that energized much of his earlier work. There are, to be sure, some arresting and hilarious turns of phrase sprinkled throughout “Hitch-22.” The novelist Kingsley Amis’s drift to the political right led many to wonder if Amis “was confusing the state of the country with the condition of his own liver”; Jerry Falwell and Pat Robertson are “tethered gas balloons of greed and cynicism.” But these sharp pen portraits sit alongside bland sections in which Hitchens lavishes praise on his friends. So, for instance, we learn over the course of an entire chapter that James Fenton is the “finest poet of his generation writing in English.” Most egregiously, Martin Amis is applauded at tedious length for, among other things, his grammar, his troubled but tender relationship with his father, and his ability to “blend pub-talk and mid-Atlantic idiom into paragraphs and pages that are also fully aware of Milton and Shakespeare.” However true — and Amis’s immense skills as a writer should not be minimized — there is something dull about Hitchens in full gush.

A few years ago, Hitchens invited me to lunch at his apartment in Washington, D.C. I was there to report for an Israeli magazine on the success of “God is Not Great,” the first bestseller of his career, and I was struck by the undertone of anxiety even in his moment of triumph. After all, as I wrote at the time, Hitchens’s heresies are his muse; he thrives on being despised. How would this contrarian cope with being an object of adulation? Too well, it seems. Hitchens is happy, but it is contempt and exasperation that make his prose sparkle. Let’s hope he picks a fight soon.

Evan R. Goldstein is a staff editor at The Chronicle of Higher Education.

Born Grumpy, With a Talent for It