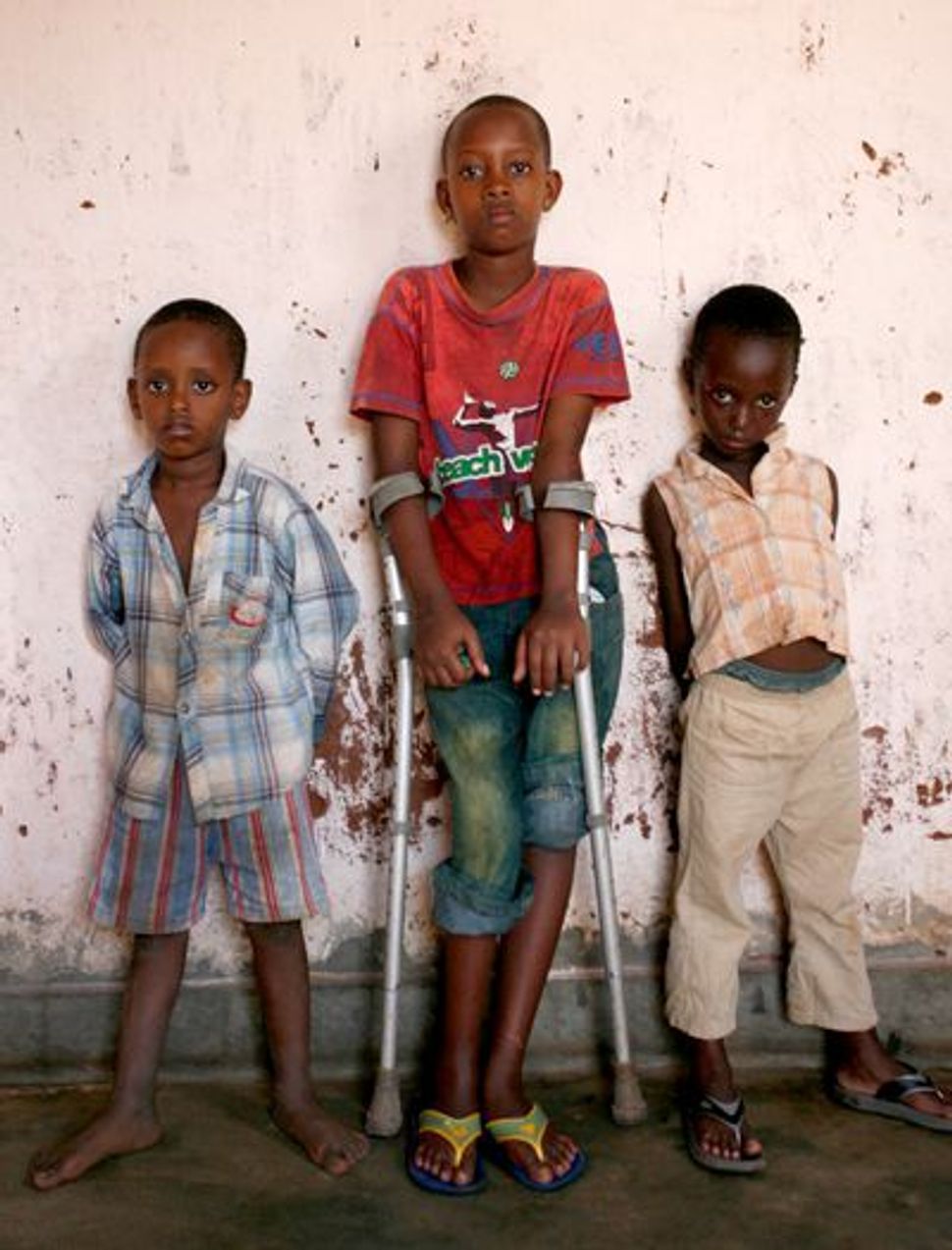 Wounded in Burundi: Aline, on crutches in 2007, with her cousin (left) and brother. Image by CHRISTOPHE CALAIS

Fresh Start: Aline (center) with her brother (left) and cousin in 2008, after being perma- nently resettled in the U.S. Image by EMILY HOUSTON

For the past 15 years, Sasha Chanoff has worked in refugee rescue, relief and resettlement operations in Africa and the United States. In 2004, he founded Mapendo International, a humanitarian organization that rescues and protects refugees in Africa who live in peril in war-torn communities. Despite the urgent needs of these people, in the past decade more than 200,000 slots for resettlement to the United States have gone unfilled. Mapendo International fills this gap by enabling the most vulnerable people to permanently relocate to countries where they can rebuild their lives safely and eventually attain citizenship.

Asked to describe a seminal moment in his work, Chanoff shared this story with the Forward.

Just as I was starting Mapendo International in 2004, I met Aline, a 9-year-old Congolese girl who had recently fled with her family into Burundi. Rebels had attacked Aline’s family and other villagers for being Tutsis, one of the ethnic groups that has been used as scapegoats for the Congo’s problems. Aline’s parents carried her and her younger brother as they crossed into neighboring Burundi, where about 1,500 people from their community sought safety in a refugee camp.

On August 13, that refugee camp was attacked. Militias surrounded the area, set fire to the tents and massacred people as they tried to flee. Aline’s parents died in the flames. She and her brother escaped, but Aline was shot in the leg and lost consciousness. One of the other survivors told me how he found her among the dead and wounded and rushed her to a nearby hospital. As word spread that the killers would return, the survivors scattered and hid. 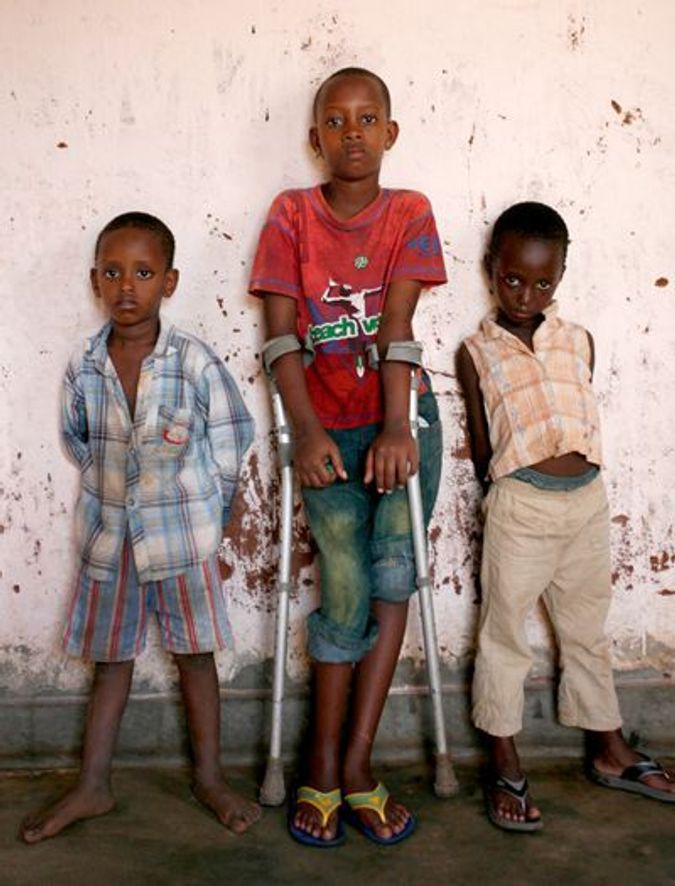 Wounded in Burundi: Aline, on crutches in 2007, with her cousin (left) and brother. Image by CHRISTOPHE CALAIS

I had previously worked in the Congo and was familiar with the awful reality of politically engineered ethnic massacres. But this had happened in a supposed safe haven outside Congo’s borders. I decided to travel to Burundi to interview the survivors and, with the help of the State Department and the United Nations, plan a rescue operation.

When I had visited dangerous areas before in my work with the U.N. Refugee Agency, I had the benefit of security assessments and armed escorts. Arriving in Burundi, I joined an armed convoy to travel out to the massacre site, but my own transportation was a rickety taxi that seemed ready to break down at any moment, leaving me stranded in a violent place.

When I met Aline and other survivors, I was convinced that the international community must do more than simply relocate them to a different refugee camp. After documenting all the survivors I could, I drafted a proposal to bring them to the United States through our government’s refugee-resettlement program. After my extended discussions with the State Department and the U.N. Refugee Agency, the process to resettle the survivors finally began.

That rescue effort was a seminal moment for me. In my previous work across Africa with various humanitarian agencies, I have witnessed many situations that called for action: refugees escaping violence by fleeing to urban slums, where they lived unassisted and in desperation; orphaned girls like Aline who were attacked, raped, kidnapped and forced into unwanted marriages or prostitution. I have met so many people who were on no list for rescue or assistance — in some ways, not much different from my great-grandparents’ plight as they fled Cossack attacks and anti-Semitic persecution in Russia. Now I saw that it was possible for an individual to actually make a difference for refugees living on life’s barest edge. And if an individual could do it, how much more effective might a small, nimble organization be? That was how Mapendo International came to be what it is today.

I saw Aline two years ago, at a memorial service for the survivors of that refugee camp massacre. She is now 15, in school and living in Albuquerque, N.M., with her younger brother and their grandmother. Despite all she’s been through, she was smiling and looked beautiful. Along with 1,000 other people from her community, she is making a new life in the United States. Six years after I first met Aline, Mapendo International has grown into an organization with a staff of more than 30 who work with the U.N. Refugee Agency, national governments and other nongovernmental organizations to bolster international rescue and resettlement efforts.

With private funding from individuals throughout the world, we have helped more than 10,000 victims of persecution escape from violence and rebuild their lives. Mapendo International is giving refugees the possibility of a future free from violent persecution, something far too many of my own relatives never had.