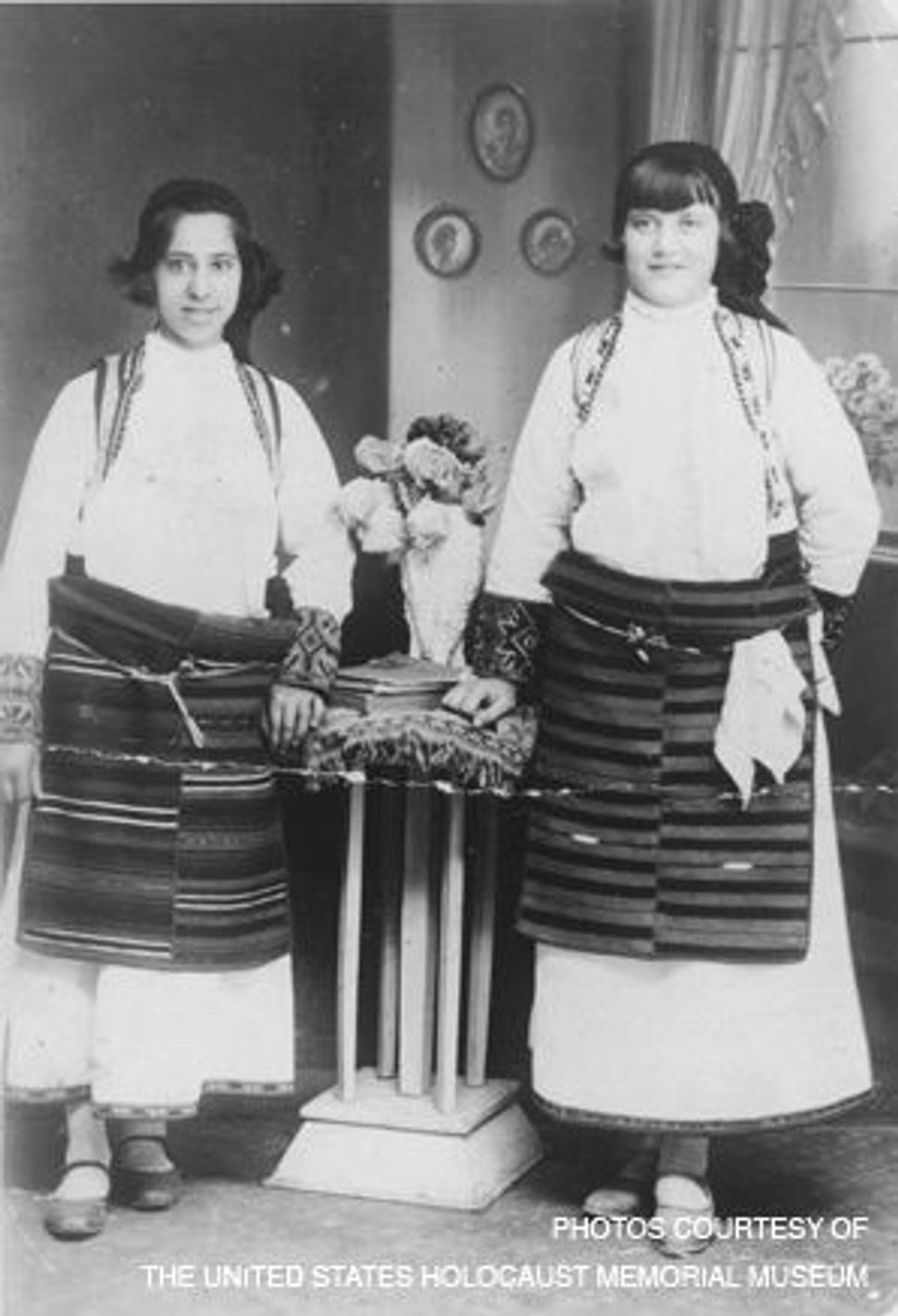 Monastir Without Jews: Recollections of a Jewish Partisan in Macedonia 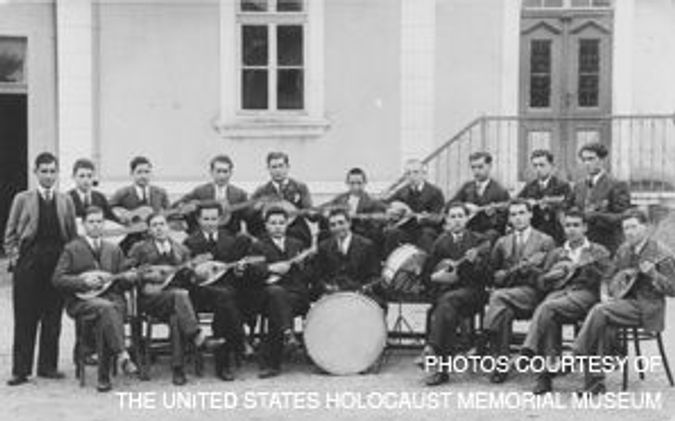 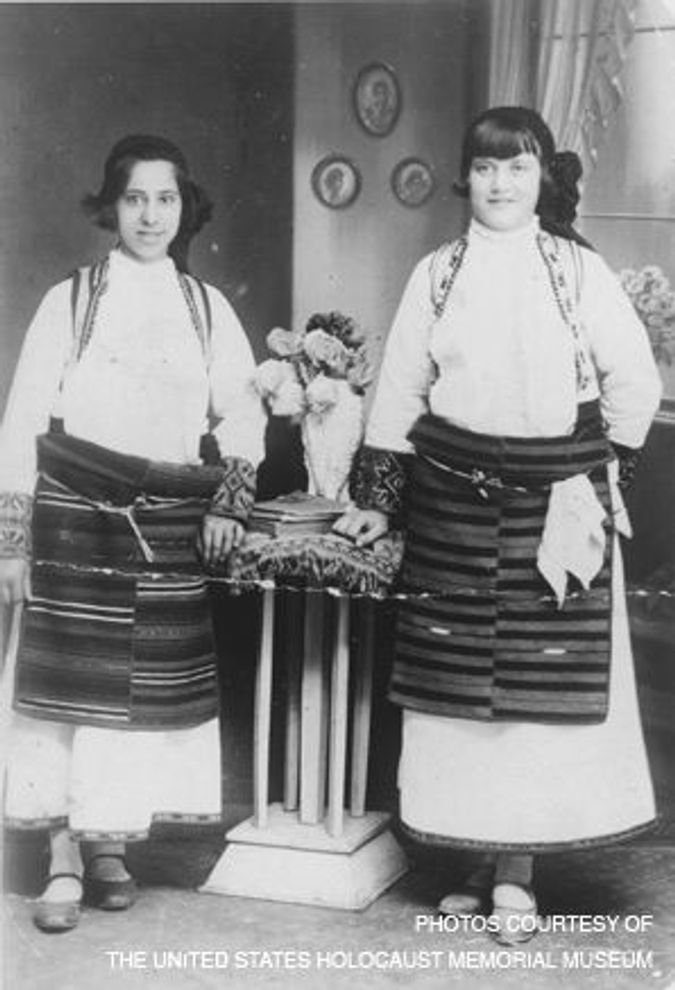 Edited by Robert Bedford
Translated by Isaac Nehama and Brian Berman
The Foundation for the Advancement of Sephardic Studies and Culture, 160 pages, $18.95.

In the former Yugoslav republic of Macedonia, the cityscapes are dotted with evidence of the wanderers, invaders and empires that have crisscrossed this region throughout the centuries. Medieval monasteries built by native Slavs in the ninth century stand alongside fortresses built by Bulgarian generals shortly thereafter. Orthodox churches flank Turkish mosques, Roma settlements are only but a short walk from Byzantine remains and — as is expected in most distant European locales — Jewish history, culture and sometimes even some actual Jews reside quietly in the background.

“Monastir Without Jews: Recollections of a Jewish Partisan in Macedonia” by Jamila Andjela Kolomonos is a long-concealed piece of Europe’s larger ethnic and political puzzle. Adapted from a series of essays written in Ladino, the book is both the memoir of a Jewish woman in Macedonia and a testimony of resistance during the Holocaust. In its tight, elegant prose, it tells a story of a Jewish community that exemplifies the complex bonds that cultural and religious minorities have with those in power, and the various ways that those bonds can weaken. Firmly within Europe but comfortable in Islamic and eastern Christian cultures, boldly Jewish but lacking the Yiddish inflection of the popular imagination, Kolomonos expresses the outrage of a Jewish partisan fighting fascism while delicately re-creating a world where people ate piping-hot boyos, or spinach-filled pastries, while Ladino konsejas (stories), poemas (poems) and romansas (ballads) were recited among family and friends.

Kolomonos was born in 1922 in Monastir (now known as Bitola) and became a member of the Yugoslav resistance shortly after the occupation of her country in 1941. She is a native Ladino speaker, and her family’s roots are in Janina, a Greek town known for its ancient Romaniote Jewish heritage. In 1943, with several Jewish companions and after escaping the deportation of Macedonian Jews to death camps, she joined the Partisan army, eventually becoming deputy commissar of a Macedonian Brigade and the 42nd Yugoslav Division.

Kolomonos earned a degree in philology in 1960 from the University of Skopje and has studied Ladino philology at the Sorbonne. The author of numerous articles on the history of Ladino and the Yugoslav Macedonian resistance, she was named professor emeritus in the faculty of philosophy at Saints Cyril and Methodius University in Skopje. She currently resides in Skopje with her husband and has one son, Samuel, who is a doctor, and two grandchildren — both of whom live in Israel.

The memoir begins with a concise history of Jews in Macedonia, which began when Jews left Judea to settle in the far reaches of the Roman Empire in search of economic opportunity. With the adoption of Christianity as the official religion of the Roman Empire, Jewish life became progressively more difficult, and throughout the centuries, different Jewish communities came to settle in present-day Macedonia, namely Sephardic exiles and Ashkenazic Jews welcomed by the Ottoman sultan in the 15th and 16th centuries. In the years following the arrival of the Sephardim, the indigenous Jews of the Balkan peninsula adopted Sephardic custom, giving Macedonia’s Jewish community a distinct Ladino flair. With the arrival of the Alliance Israelite Universelle, a French educational organization that promoted Jewish and French education and professional development in the Diaspora, Macedonian Jewry continued to grapple with the tensions between tradition and modernity. The Monastirlis, or the Jews of Monastir, consisted of lavanderas de koladas (washerwomen), kuzinderas (seamstresses), rabbis, poets and doctors, among many other professions.

The book, however, is not meant to be a temperate Mediterranean narrative of resistance and national redemption, but rather a serious investigation of how prewar Jewish life in the region is remembered and, even more interestingly, how Kolomonos, a resident of Macedonia today, has chosen to approach the history of a land in which she still resides. She reminds readers that Boris III, the ruler of Bulgaria famous for refusing to deport Bulgarian Jewish citizens to Nazi death camps, still allowed for thousands of Jews to be deported from areas occupied during the war by his army, including Monastir. But she also writes openly about cooperation between people of different ethnic backgrounds. In one anecdote, Kolomonos tells how she and her comrades were sheltered by the one-legged owner of a kiosk, Bogoya Silyanovski. Yad Vashem later named Silyanovski one of the “righteous among the nations.”

Today, the Jewish community of Macedonia numbers about 200 people, most of whom live in the capital city, Skopje. The community maintains one synagogue, a recreational center and a strong connection with the Jewish community in Serbia. Although intermarriage is high, there has been a renewed interest in Jewish life and culture after the disintegration of Yugoslavia in the early 1990s. In 2007, the Macedonian Jewish community sent its first representative ever to participate in Israel’s World Bible Quiz.