Celebrating the Remarkable Life and Work of Ronit Elkabetz 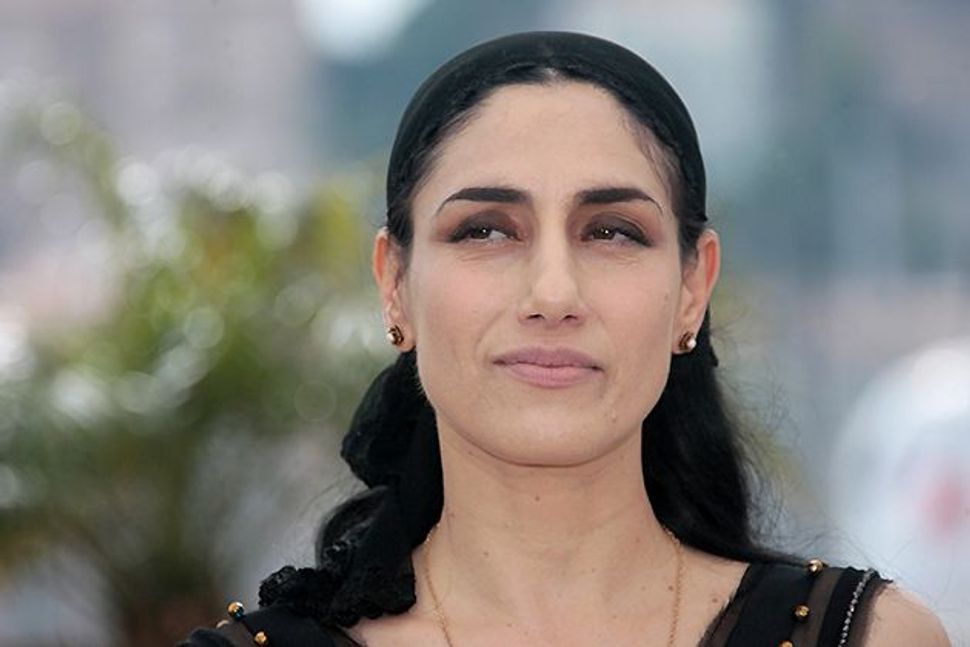 From its inception, the mission of the New York Sephardic Jewish Film Festival was to bring the breadth and variety of Sephardic culture, history, customs and experience to American audiences through film. The crown jewel of this year’s 15th iteration is Sephardic Jewry’s film princess, the inimitable Ronit Elkabetz.

Marrying the artistry of Meryl Streep to the presence of an Almodovar heroine, her performances have depth, power and versatility. While the Sephardic Film Festival did not opt to take the alluring route of an entire Elkabetz lineup, there were plenty of her films on view.

Elkabetz was born in Beersheba in 1964 to Moroccan-Jewish working-class parents — her father a postal worker and her mother a hairdresser — and her parents are the main subjects that come up in the semiautobiographical “To Take a Wife” (2004) that played at the festival. In the film (written and directed by Elkabetz and her brother, Shlomi), Elkabetz plays Viviane, a dissatisfied hairdresser and mother of four whose husband, Eliahou (played by Simon Abkarian), wears away at her each day with a combination of petty remarks and religious zeal. Eliahou is a Moroccan Jew who can’t let go of his religiosity under any circumstances. He won’t go on a weekend vacation with his family to Tiberias because it would entail figuring out where they could get a hotplate to eat their meals on the Sabbath. He won’t give his son a glass of milk to ease his stomach pains, even though the kid didn’t so much as touch his (admittedly meat) meal.

This ongoing combination of tensions has gotten to Viviane, and circumstance has crumpled her beautiful face. The film opens with a veritable council of elders — Viviane’s brothers — standing around her as she sits impassively in her kitchen in the middle of the night. The elders are telling her not to even consider leaving her husband. “He doesn’t hit you, drink, gamble, fool around,” they tell her. “If you only knew how other folks live!”

From the start, Viviane’s situation is clear: She is a woman who has trouble coping with her day-to-day responsibilities, simply because she is not being met close to halfway by the longed-for, unconditional affection of a loving husband. Shortly thereafter, she receives a phone call from her old lover Albert, who implores Viviane to run away with him — or at least to meet him for coffee — complicating matters further.

The film sheds light not only on Elkabetz’s personal biography (more on that later), but also on her range, occasionally diving into melodrama. “When have you ever come to hold me after seeing me crying? When?” Viviane asks her husband during a fight, choking out sobs, her cheeks covered with mascara, eyeliner and tears. “When have you thanked me and said, ‘Thanks for all you do for me, for me and our children’? When? When?” But Elkabetz’s skill is to make each emotion — whether it’s suppressed affection, wild rage or inchoate yearning — come across as though it were a force of nature.

This emotional dexterity is all the more incredible, because Elkabetz has had no formal training in acting — at least not in Hebrew. Another film in the festival, “A Stranger in Paris,” is a documentary by Nir Bergman about Elkabetz. Having reached a point of critical acclaim in Israel, Elkabetz recounts, she felt like she “needed a change,” and in 1997 she moved to Paris to study French, with the hope of studying with Ariane Mnouchkine of Le Théâtre du Soleil. In one of the film’s many Cinderella turns, Mnouchkine selected her as an acting intern despite the fact that she spoke no French. “There is something here waiting for me that I need to learn,” Elkabetz recalls thinking.

A winding path takes her to playing the role of famed choreographer Martha Graham in a one-woman show in Avignon, where only one person attended her opening night. But in another fairy-tale twist, she’s handed her first role in a French film, beginning a notable French film career that gets her recognition from French media, directors and audiences alike.

In one scene, Elkabetz is being interviewed in a beautiful Parisian park when the filmmaker asks her to dig into her childhood. The otherwise self-possessed actress suddenly seems oddly vulnerable as she recounts how for her, acting is delving into her most personal spaces over and over again, in order to mine her own experience for universal truths. She recalls, as a child in Beersheba, waiting for recess to start, but then when it began she would find herself clinging to the wall, terrified that she would pick the wrong activity, or that children wouldn’t want to play with her. It’s clear that the memories are painful ones — and they resonate all too well when we see Gabrielle, the daughter in “To Take a Wife,” watching from one side as her peers play at recess.

During the interview in Bergman’s film, Elkabetz cries intermittently, the luminosity of her striking face growing dim beneath her apologetic hands and her wind-strewn hair. And then some French people walk by and recognize her. “You’re amazing,” they tell her. Suddenly, the light is on again, full blast, shining onto the audience, which has made her what she is in a movie life that is a playground of acceptance. “Thank you,” she says, in a perfect performance of grace.

Celebrating the Remarkable Life and Work of Ronit Elkabetz