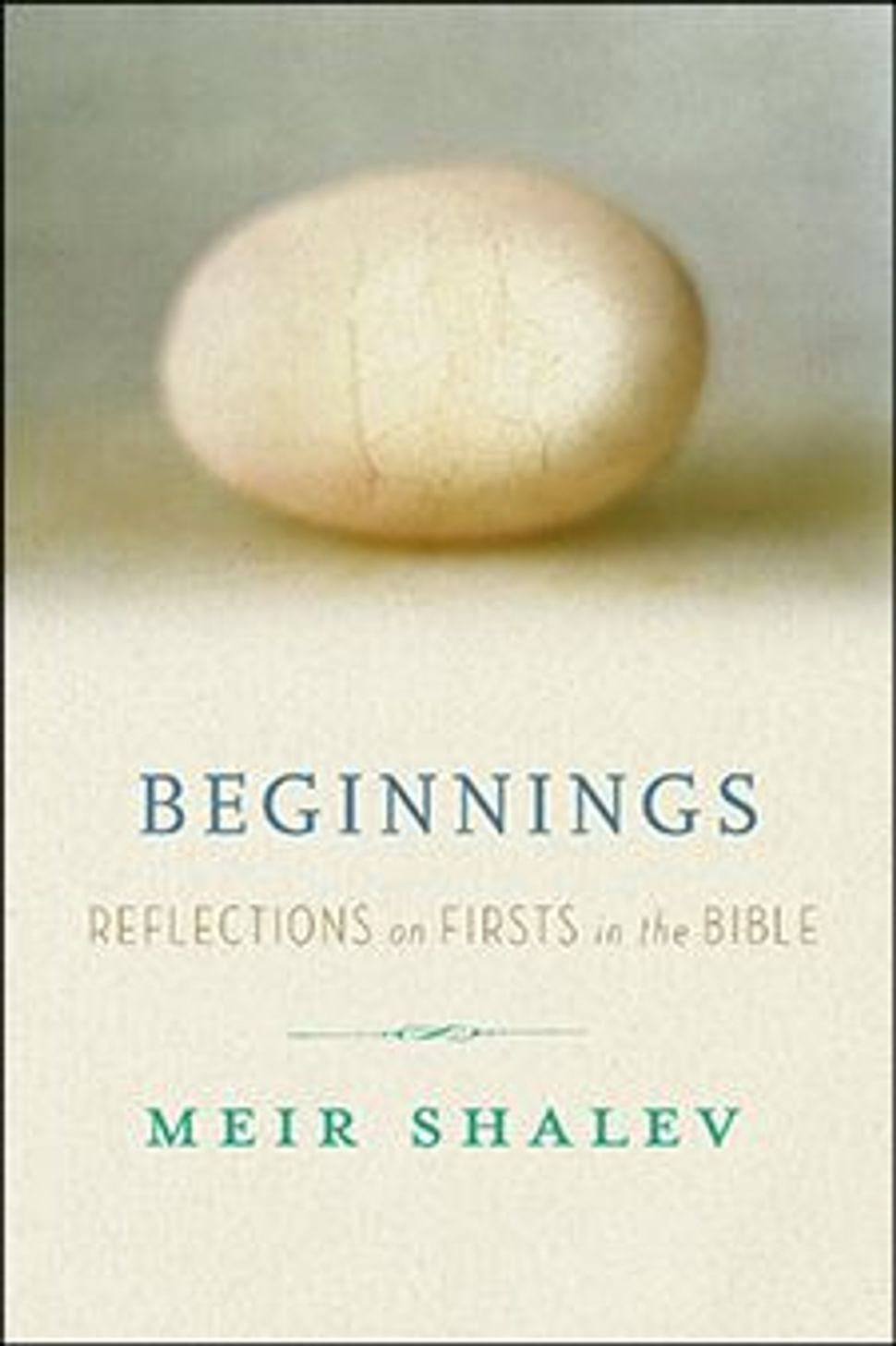 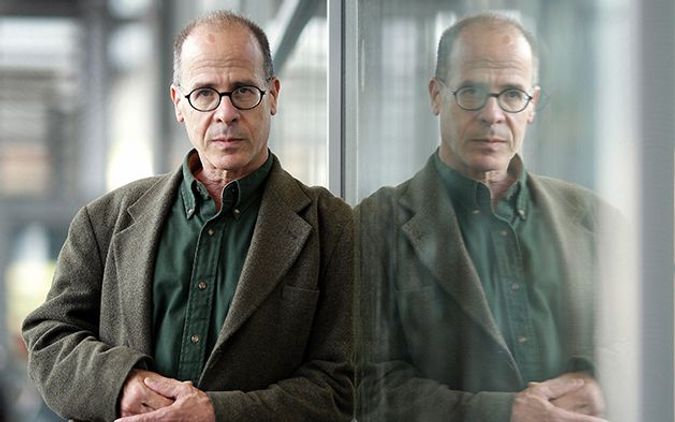 Israeli scholar and poet Zali Gurevitch once asked a room full of kibbutz parents a question he admitted was impossible to answer: If their children were allowed to study only one subject, what would it be? Math? Science? Hebrew? Jewish history? Nope. The kibbutz moms and dads chose the Bible.

Did their answer mean that the project of secularization that gave rise to the kibbutz movement (and Zionism, for that matter) was an illusion? Not exactly. For many, many secular Israelis, the Bible continues to enjoy a central position, only it’s not a central religious position. Instead, the Bible functions as part archaeological treasure map, part foundational canon of Hebrew culture and part formative national history. Zionism rejected a vast chunk of Jewish history — the “2,000” years they sing about in “Hatikvah” — while anchoring a new identity to the biblical period. Hence the return to Hebrew and the rejection of Yiddish, not to mention the return to the Land itself, and the rejection of Europe. 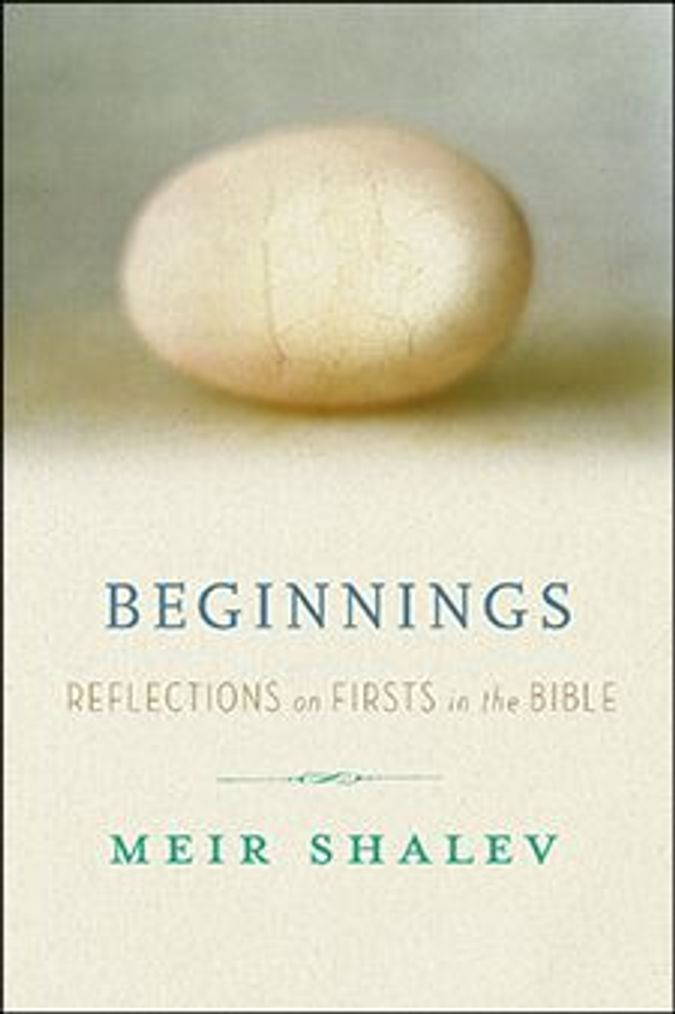 For this reason, the Bible remains a vital text in secular Israeli culture, giving rise to such books as Meir Shalev’s “Beginnings: Reflections on the Bible’s Intriguing Firsts.” Shalev — who was raised on the iconic moshav Nahalal and is one of Israel’s best-known novelists — is a high priest of his country’s secular Hebrew culture. And if nothing else, this book illustrates both his command of and passion for the biblical text. Shalev approaches the Bible the way Harold Bloom might approach Shakespeare’s collected works: as an unrivaled literary exemplar, as the locus of a culture’s lasting archetypes and mythology, and, for these reasons, as a text deserving (and rewarding) serious, sustained attention.

“Beginnings” comprises 11 chapters, each with the word “first” in its title. The first love, the first laugh, the first animal and so on. Departing from each initial instance, Shalev constructs intricate and instructive readings, often reaching well beyond his opening example. Though his approach is informal and his language simple, Shalev is a reader of great sophistication whose enthusiasm is contagious. He has an eye for detail, a thirst for making implied connections explicit and a wonderful habit of fully imagining the potent drama narrated so briefly — but ingeniously — in the actual text. In one of the book’s rare generalizations, Shalev justifies his approach when he writes that “the literary method of the [biblical] storyteller… encourages the reader to infer one thing from another and does not spell everything out.” By the end of the first chapter, Shalev had me hooked, having demonstrated both the value of this odd project and his absolute qualifications to realize it.

Not surprising for a book on biblical firsts, “Beginnings” focuses extensively on Genesis. Narrated in profoundly sparse prose, Genesis aptly lends itself to Shalev’s strengths as a reader. To take just one example, Genesis 22 — which narrates the akedah, or binding, of Isaac and is the subject of Shalev’s opening chapter on love — contains not a single adjective. As recently noted in these pages by Alicia Ostriker, Shalev’s opening selection is hardly random, as this chapter is without a doubt the central biblical story in modern Israel, where fathers often appear willing to sacrifice their sons for a higher cause. Shalev has a field day with this much interpreted, deeply troubling story, latching onto single words and phrases in order to explicate the agonized family dynamics only hinted at in this crucial biblical episode.

Midway through his long interpretation of Genesis 22, Shalev ponders Abraham’s possibly deceptive response to Isaac’s question regarding the absence of a sheep for the burnt offering: “God will provide the offering, my son.” Shalev wonders if the comma shouldn’t actually be thought of as a colon — that is, if it might be that Abraham is in fact telling Isaac that he himself is the offering. And Shalev has more to say about this line: “The words ‘my son’ are the last that will ever be spoken between the two, not only in the here and now of the akedah, but from this moment on.”

This fact is at once easy to miss and perfectly apt, considering what Abraham nearly does to his son. Even more, the reader’s general orientation within Shalev’s opening chapter — a chapter about the first love, not the first sacrifice — makes it heartbreakingly poignant that this is their final exchange. Abraham’s love for Isaac is explicitly noted in this sparse narrative, making the original patriarch’s willingness to sacrifice his son that much harder to comprehend.

Shalev begins with a single example in each section, but in the strongest chapters — those on love, kings and animals — he builds on his initial readings to make convincing claims about the salience of these categories as a whole in the Bible. In other words, the reader senses that Shalev may in fact have a higher purpose in mind, that “Beginnings” isn’t just the product of a fairly random, however intriguing, exercise.

Unfortunately, not all chapters build in this manner, so that by its second half this reader began to suspect that “Beginnings” is ultimately little more than a collection of similarly motivated, but otherwise unrelated, readings. Indeed, “Beginnings” offers just a one-page introduction and no conclusion at all, as Shalev presents no explicit justification for this particular approach to the Bible. More than this, in at least four chapters (those on dreams, kings, spies, prophets), Shalev quickly leaps past the first instance in order to focus on a later case. His reading of the prophet Jonah is, to be sure, compelling, but what is it doing in this book? And if the book often isn’t even a study of biblical firsts, then what is it?

Despite lacking an explicit, or even perceptible and implicit, larger purpose, I suspect most readers will deeply enjoy Shalev’s 11 guided mini-tours of the Bible. But make no mistake: The end of “Beginnings” will feel as abrupt and arbitrary as its early chapters were revealing and thought-provoking. This is a shame, and has me wondering why Shalev’s original Israeli editor did not push him to reflect at length on the salience of his project as a whole. But maybe I’ve got it all wrong. Maybe in a book on beginnings, the end isn’t the point.

Todd Hasak-Lowy is an associate professor of Hebrew at the University of Florida.