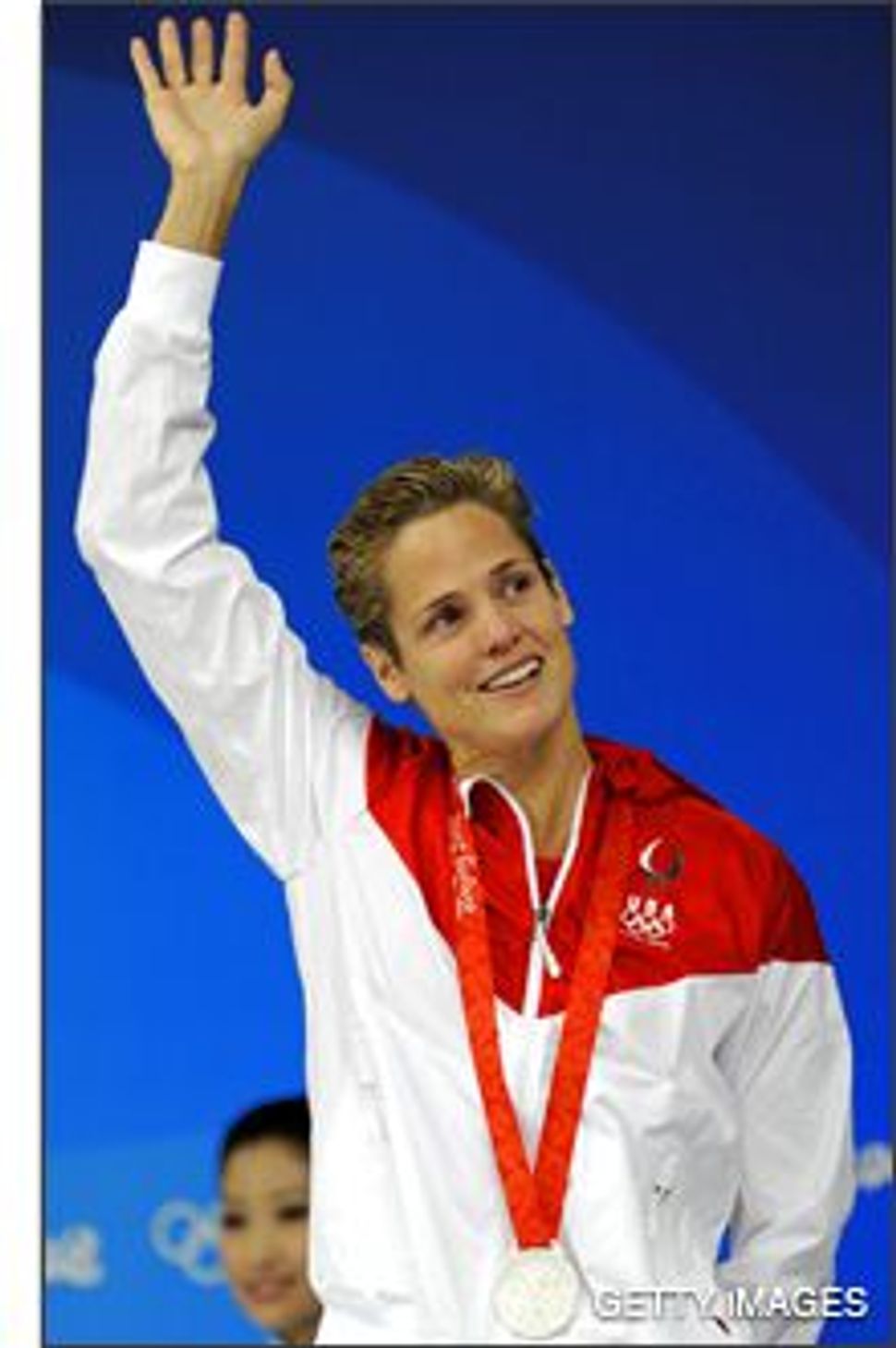 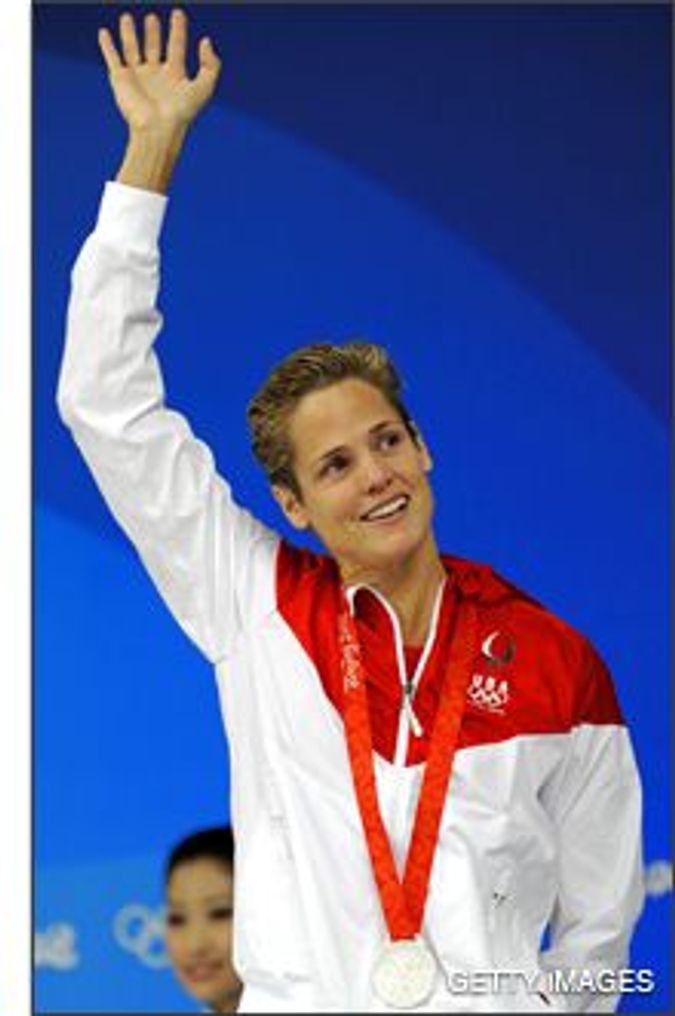 Two Jewish women are feeling the agony of defeat this morning, but one will still be going home with a medal.

U.S. swimmer Dara Torres lost the gold medal in Sunday’s 50-meter freestyle by one-hundredth of a second to Germany’s Britta Steffen. Torres, 41, who converted to Judaism and has a Jewish father, finished the race in 24.07 seconds — just behind Steffen’s victorious 24.06.

But Torres’s silver was a remarkable achievement considering she had hung up her goggles a second time after the 2000 Sydney Games. Then, after becoming a mother for the first time two years ago, Torres felt the urge to get back in the water, intent to prove that middle age can still mean front runner.

Mission accomplished — especially since Torres beat out a competitor who could be her daughter: Cate Campbell of Australia — who is 16 — claimed the bronze in 24.17.

Today was the last day of swimming at the Water Cube, but Torres’s day wasn’t done: She was scheduled to anchor the Americans in the 400-medley relay, going for the 12th medal of her career.

Deena Kastor, whom I wrote about in an earlier post, dropped out of the women’s marathon this morning after she broke her foot. Kastor, who was the first U.S. marathon Olympic medalist in 20 years back in 2004, when she won the bronze, dropped to one knee and held her right foot at about the 5-kilometer (3.1-mile) mark. She got up and tried to walk it off but dropped back down again and was forced to give up.

“I felt a pop in my foot. I couldn’t stand on it,” Kastor said. “I didn’t expect to be finishing the marathon on a bus.”