In Prague, Where the Decisions are Easy 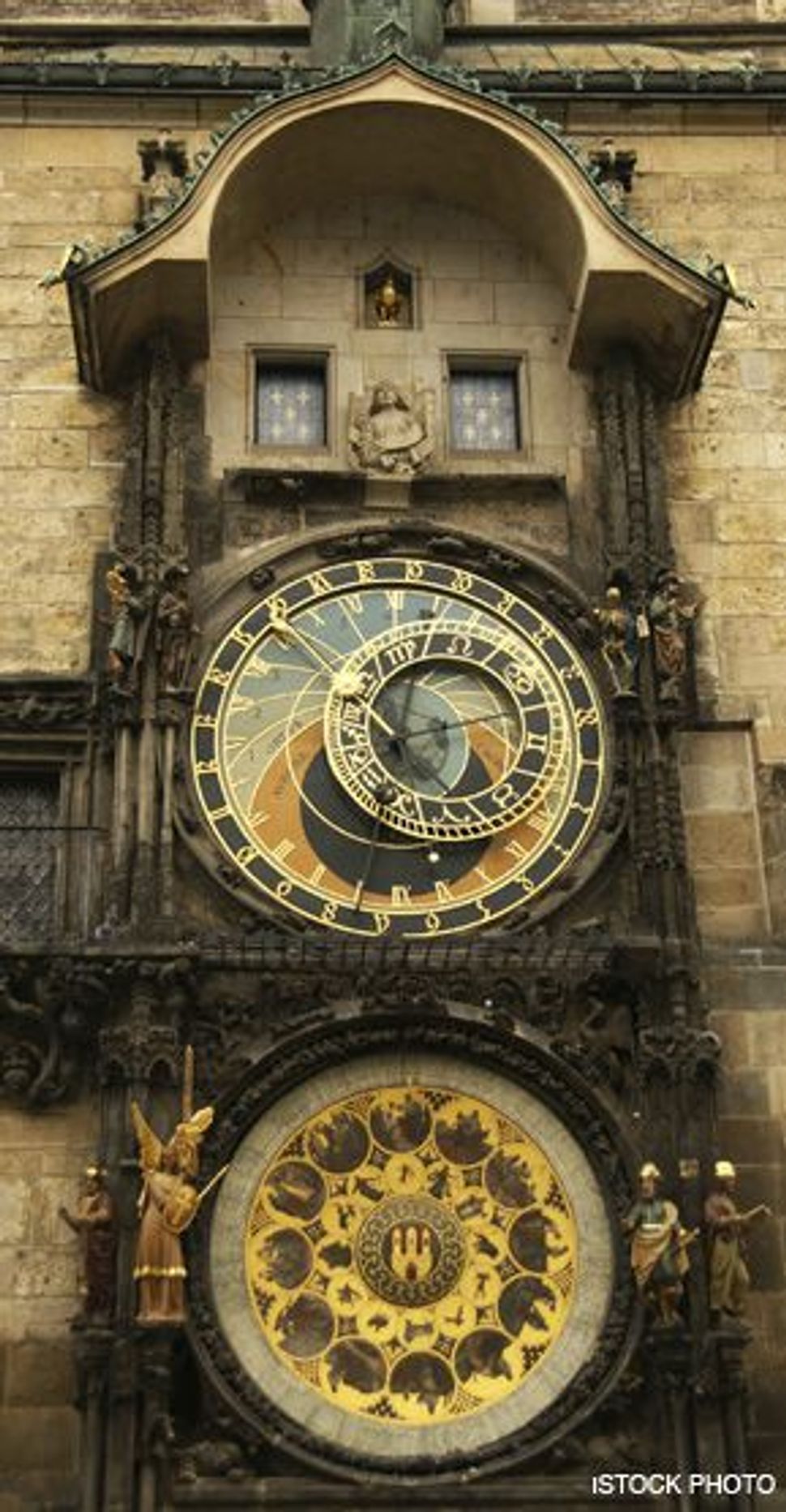 MEDIEVAL TIMEKEEPER: The Astronomical Clock, built in the 15th century, is a favorite attraction for travelers to the Old Town Square in Prague, the capital of the Czech Republic.

It is a common dilemma for Jewish tourists: Do you spend your time on the general sites and risk missing out on parts of your heritage, or do you concentrate on Jewish sites and wonder whether you are being parochial? 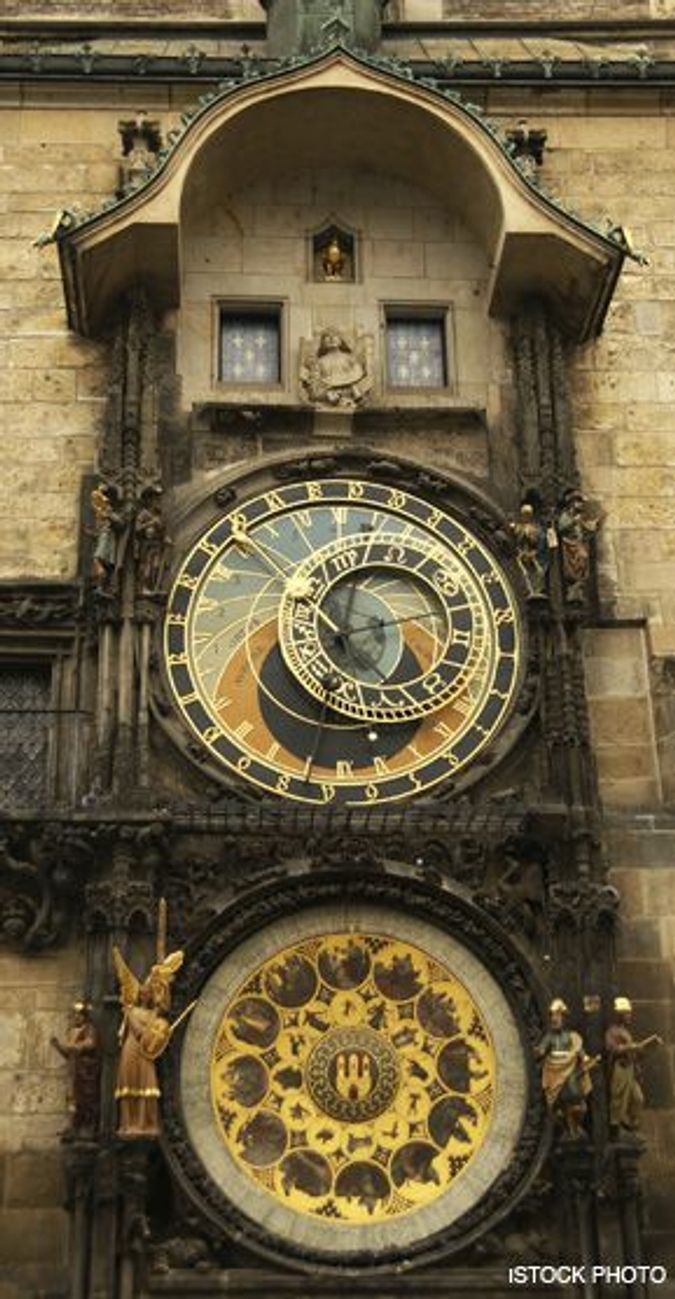 MEDIEVAL TIMEKEEPER: The Astronomical Clock, built in the 15th century, is a favorite attraction for travelers to the Old Town Square in Prague, the capital of the Czech Republic. 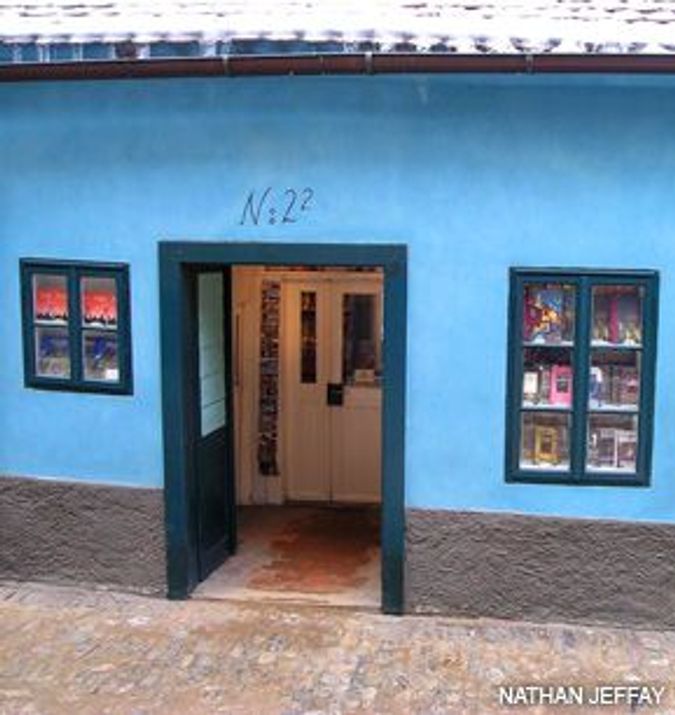 KAFKA WROTE HERE: Author Franz Kafka lived and wrote in this house, which belonged to his sister, at No. 22 Golden Lane in Prague.

Go to Prague, and the need to choose disappears.

Visitors of all faiths — and none — head for the famous Jewish Quarter, one of the mainstream attractions. Beyond the Quarter, other sites that no self-respecting visitor would miss have general links to Prague’s Jewish story.

At this point, I must declare a personal bias. I am head over heels in love with Prague, and have been since 2003, when I started moonlighting from my reporting job and working as a tour guide in Jewish Europe.

It was my hunch from the start that a Jewish heritage tour done right isn’t about dryly visiting a series of sites, but rather about using these sites — almost like props in a play — to explore Jewish history. More important, a heritage tour triggers discussion and debate about what can be learned that is relevant to Jewish life today. The tour group and guide become something akin to a detective team, collaboratively piecing together a narrative and asking what message it holds for them.

For my groups, the narrative in Prague tends to start at the main historical square, known as the Old Town Square. We head straight to the Astronomical Clock in the corner where, if the timing is right, there are plenty of other tourists waiting for the on-the-hour mechanical cabaret.

While the show itself, a later addition to the 15th-century clock, is hugely disappointing, there is something interesting to see. The clock is flanked by four figures: One of them is a Jew with money bags, representing usury and greed; the others are figures symbolizing vanity and death, and depicting the archetypal infidel. The stars of the hourly show are Jesus’s apostles.

This clock is a great trigger to help people climb out of the modernist mindset with which we all too often approach sites and the stories that go with them. Embarking on a trip of Prague of old, you need to remember that through most of human history, few things were culturally neutral. Even an action as simple as telling the time was laden with cultural and theological significance.

With that thought, I take my groups on the very short walk to the Jewish Quarter. We go straight to the site everyone has been waiting for, the world’s oldest functioning synagogue, the 13th-century Alt-Neu Synagogue.

There is much to comment on, including the flag that is thought to have popularized the Star of David as a Jewish symbol, and the vaults where prisoners were locked while they could, according to rabbinic ruling, still be part of the quorum for prayer. But coming straight from the Astronomical Clock, there is one little-known feature that just has to be discussed. The synagogue was designed so that when the sun had risen enough for morning prayers to begin, light would be projected onto the reading desk so that the cantor knew to begin.

Not only was the Christian time-keeping device, a short walk away, laden with cultural symbols, but the time it recorded, hours and minutes, was also different from the time used by Jews for internal matters — namely, halachic hours, daylight divided by 12 — from which daily obligations are calculated.

From here, we can begin to get into the mindset of the Jews of Prague’s days of old. These Jews formed a community living close to the town’s Christians. Despite the interaction of the two communities in various areas, especially in matters of business, in many respects their worlds existed in sharp contrast with each other.

The buildings of Christian Prague are tall and made of stone, and they indicate permanence. The buildings of Jewish Prague are mostly much smaller and traditionally made of wood, and they speak of transience. These contrasts reflect the decrees by successive emperors limiting the size of Jewish buildings, but they also reflect contrasting mindsets.

The name of the Alt-Neu Synagogue was, according to one legend, chosen not because it means “Old-New,” but rather because it is close to the Aramaic al tenai, which means “on the condition.” The message is that Prague’s Jews regarded their settlement in Prague as temporary, believing they would end up in Jerusalem, but they needed a synagogue in Prague “on the condition” that they lived there.

On Jewish buildings, a passage from Exodus is widely inscribed: “Make me a sanctuary and I will dwell among you.” Of course, one would expect the quotation to end with a promise that if a sanctuary were built, God would inhabit it. But instead, the building was sidelined and the people were put at center stage — the ethos of many centuries of Prague Jews.

The Jewish Museum — the collective term for the various buildings in the Jewish Quarter — offers many clues that help you to build a picture of Prague Jewry, from an old courthouse that, in the name of transparency, had a public gallery, to the headquarters of the burial society, membership of which was considered a high honor.

Of course, not all sites present the Prague community in a positive light, and much of the negative closely resembles problems in world Jewry today.

For instance, there is food for thought about corruption. Visitors to some of the Jewish museum galleries will read about corruption in the community, and about moves by Prague’s most famous rabbi, Yehuda Lowe (known as the Maharal, reportedly creator of the golem), to clamp down.

At the Alt-Neu, it is worth considering the irony in the fact that the synagogue continued to operate against all odds through World War II, but services were canceled for a spell a few years ago because of a power struggle between rival factions over the running of the synagogue.

The beauty of Prague as a destination for Jewish tourists is that your encounter with the town’s Jewish history does not end when you leave the Jewish Quarter. At Prague Castle, you can do more than just stand in awe of the architecture. Take along some of the legendary accounts of Lowe’s visits there to plead against punishment of the Jews, and come to understand the complex function they played in the power struggle between emperor and church.

You also can visit some of the sites related to Franz Kafka, a Prague figure who is of obvious interest from both general and Jewish perspectives.

During the war, there was a great deal of convergence of the history of the Jews and non-Jews of Prague. Sts. Cyril and Methodius Church is where some of the assassins of Reinhard Heydrich, the Reich Protector of Bohemia and Moravia, hid in 1942. You can see the crypt where they were found by the Nazis, watch an audio-visual presentation telling the dramatic story and find out about how the Nazis retaliated by killing all adult males of two nearby villages.

Or, on a lighter note, you can go to the Rudolfinum, the imposing concert hall — one of the most noteworthy neo-Renaissance buildings in Prague. When Heydrich arrived in Prague, he was appalled to see that the many statues of composers on the roof included one of Felix Mendelssohn Bartholdy, who came from a Jewish family.

Heydrich ordered a workman to remove the statue, but failed to tell him which one it was. The workman used what he had learned from Nazi theories of bodily characteristics and removed the composer he believed had the most crooked nose. This turned out to be Heydrich’s favorite, Richard Wagner.

In Prague, Where the Decisions are Easy