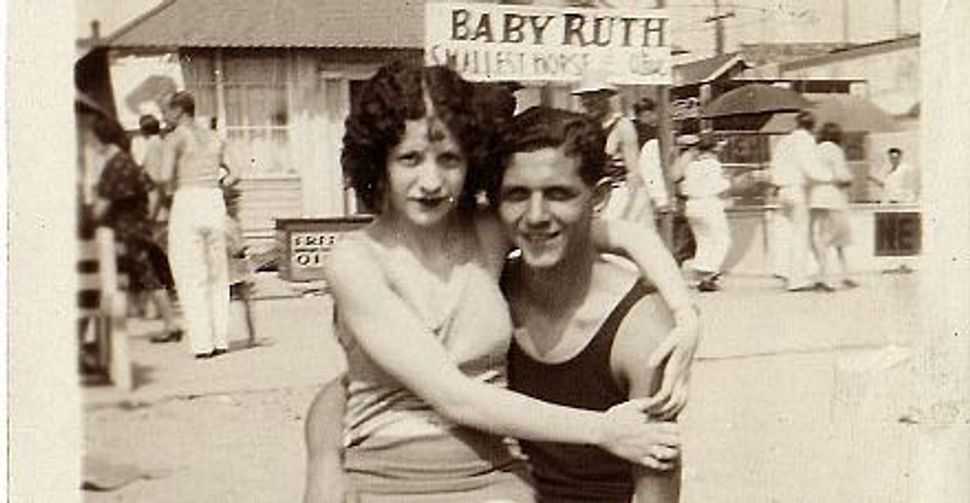 Image by the labyrinth project 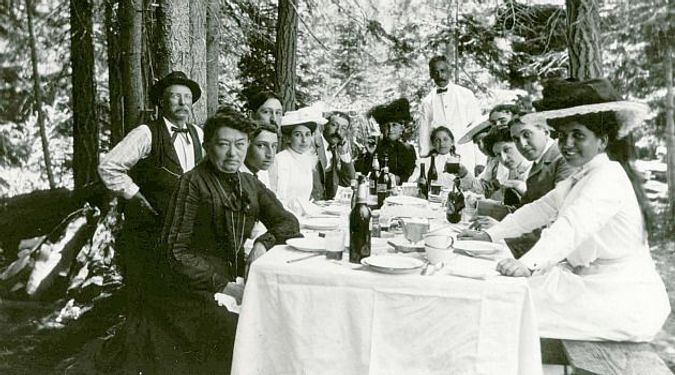 Grainy Memories: The Lilienthal family enjoy a picnic in 1912. Image by the labyrinth project

On my laptop I have a scan of a photo of my grandfather that always makes me smile. It’s not just the snap-brim fedora and my grandfather’s relatively unlined face; it’s also the car behind him, a giant, four-door, butterscotch-colored Buick that he bought for cash in the early 1970s.

I have a host of memories tied up with that Buick, one being the annual drive, from camp to his bungalow in the Catskills, where, for the tail end of the summer, I heard a lot of Yiddish while my grandmother stuffed me with chicken.

The point here is the ways in which family archives can intersect with larger moments of history — in my case, with the Jewish Catskills and the glorious, gas-guzzling V8s of the ’60s and ’70s. 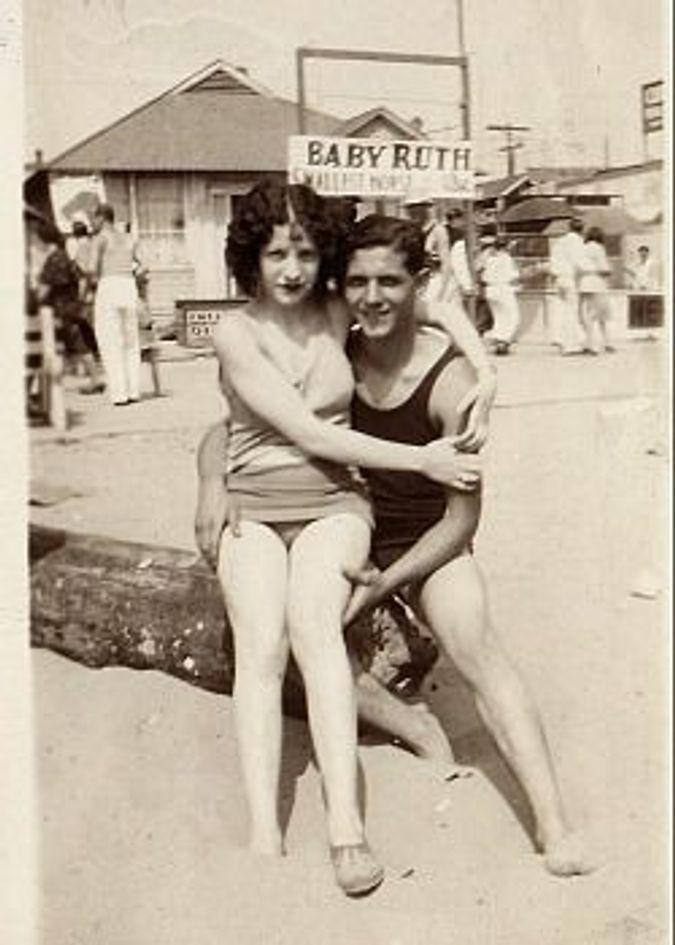 Lovebirds at Venice Beach, Calif. Image by the labyrinth project

Such archives, however casual, can be particularly poignant for Jews, given our history. It’s always sad to look at photos of my grandfather’s siblings and remember how this one perished in Belzec, that one fled to Brazil.

This interplay between family memories and Jewish history is the subject of “Jewish Homegrown History: Immigration, Identity and Intermarriage,” a new exhibition at Los Angeles’s ever-vibrant Skirball Cultural Center. More specifically, “Jewish Homegrown History” explores how home movies can illuminate the story of California Jewry — a community tied closer than most to the project of film.

“Jewish Homegrown History” is the brainchild of The Labyrinth Project, a hybrid art collective and digital research group based at the University of Southern California. The Labyrinth Project specializes in “interactive narrative,” or telling stories via interactive media. Thus the first part of the exhibit is a kind of theater for viewing home movies re-edited by the Labyrinth Project. There’s a touchpad on a pedestal and then rows of benches before three movie screens. With the touchpad, viewers can choose from one of 10 movies on a range of subjects, from a glamorous 1957 wedding to Jewish Hollywood.

One of my favorites was “Murrieta Hot Springs: The Catskills of the West,” a brief documentary about a resort that flourished for much of the 20th century, when many similar places were closed to Jews. Combining home movies, archival photos and interviews, the film is a charming introduction to a little-known (at least among East Coast Jews) bit of American Jewish history.

“Moroccan Memories: Marriage and Emigration” is a more complicated story. It begins with home movies of the 1967 Beverly Hills wedding of Fiby Bouganim, a Moroccan-Jewish emigrant, to Sumner Saul, an Ashkenazi dentist. Then we see clips of the elegant couple, shot during their visits to Morocco in the ’70s. Interviews with Bouganim reveal an ambivalence about America, despite the difficulties that her family faced in her birth city of Mogadir: “My dreams,” she says, “have always taken place in my hometown.”

These “homegrown” movies may be the first station of the exhibition, but they are its centerpiece, and with good reason. The artists of Labyrinth have done a stellar job turning these potentially banal clips into bright little windows onto American Jewish history.

My one complaint is the use of three screens. Each screen shows different clips and images, sometimes even different captions, all at the same time. I’m guessing that the intention is to deepen the experience — the publicity materials call the exhibit an “immersion installation” — but the effect is agitation. I always felt like I was missing something, because I was indeed always missing something.

The next part of the exhibit comprises computer stations with which visitors can explore jewishhomegrownhistory, a companion website. The site has clips of individuals talking about their Jewish heritage, as well as historians expounding on episodes from the history of American Jews in the West. Visitors (to the exhibition and to the website) are invited to upload their own images and stories.

I’m ambivalent about these computer stations. I think the website is worth a look, as I love the way it combines the stories of regular folks and experts, and there’s some fascinating vintage footage of San Francisco from just after the 1906 earthquake. But the website is a little confusing to navigate, with no overarching way to organize the clips and images. There’s the option to filter by theme, but the topics are so broad (“agriculture,” “sex”) that they’re almost meaningless.

The more important issue is that I am a little tired of the Internet’s incursion into museums. Out of necessity, we spend so much of our time online; museums should be a respite from all the pointing and the clicking. Surely there are other ways to provide an aesthetic or learning experience.

The final part of “Jewish Homegrown History” is a screening of an eclectic mix of seven short films by and about Jews. Highlights include “Number Our Days,” which is an elegiac 1979 film about seniors in a California nursing home, and “L.A. Mohel,” David Bezmozgis’s 1999 documentary about three very different Los Angeles mohels (including Rabbi Yehuda Lebovics, who circumcised my son).

Overall, “Jewish Homegrown History” is an interesting look at Jews in California and other Western states. Its macro-through-micro approach is effective — even moving at times. Maybe it doesn’t quite add up to an “immersive” experience, with its use of Internet and film, but it’s worth a visit for the stories it tells, and for how it might make you view your own family archives in a new light.

The fact is, the show stays with you. Despite the aforementioned criticisms (or crankiness), I thought about the larger context of my grandfather’s picture only after I saw the exhibition. You might have similar mini-epiphanies after re-examining the family treasures on your hard drive or hidden in your attic. It’s good to think about how our own little stories have their place in the grand sweep of history.