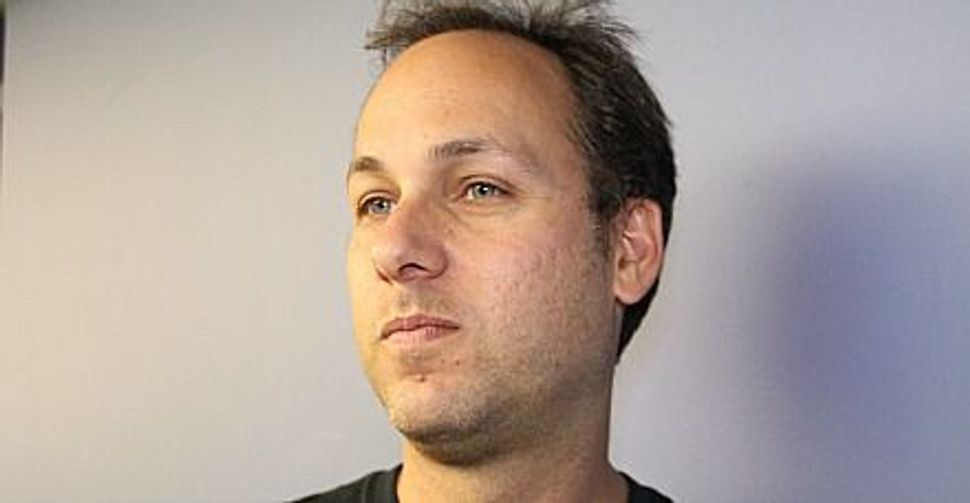 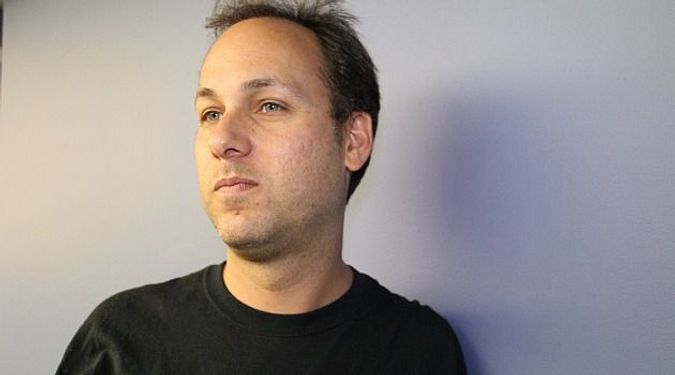 Funny Guy: Nato Green was a comedian at an early age. He incorporated a comic book and Lenny Bruce into his bar mitzvah. Image by Alex Thornton

Longtime San Francisco comedian Nathaniel Green, who recently moved to Brooklyn to start work as a writer on the FX show “Totally Biased with W. Kamau Bell,” was 11 years old when his parents first sent him to a synagogue. Susan and Jim Green, both schoolteachers and left-wing refugees from Chicago’s North Side, had found that their newly adopted city lacked much of the Jewish community they had come to take for granted back home. Susan Green especially missed the sight of families walking home from shul on Shabbat, the sound of her grandmother’s voice praying over the candles on Friday night — and, of course, the food.

“There wasn’t a good Jewish delicatessen,” she says today. “You could get a corned beef sandwich, but it wasn’t good.”

More important was the lack of spiritual sustenance. After devoting several high holidays to searching for an organization that would reflect the family’s progressive values, she chose Temple Emmanuel, San Francisco’s biggest Reform synagogue, so that young Nathaniel could prepare for his bar mitzvah. Unfortunately, Nathaniel — or Nato, as he would come to be called — had just read Phillip Roth’s story “The Conversion of the Jews.”

“He wound up getting in arguments with the assistant rabbi about whether or not there was a God — and making claims that the only purpose of religion was to make money for the rabbi,” recalls Nato’s father, Jim Green, who worked as a high school teacher in the San Francisco public schools and later as a principal.

The Greens pulled their son out of Temple Emmanuel and sought out a more suitable spiritual mentor. They found one in the form of a lawyer named David Cooper, who described himself as an atheist Jewish mystic, which seemed to suit young Nato just fine.

According to Susan Green, her son’s knack for comedy began early; his bar mitzvah incorporated a Samson comic book and a recitation of several passages from the Holy Book of Lenny Bruce, and it was the first ever held at the city’s famous gay synagogue, Congregation Sha’ar Zahav. Green himself claims that his own earliest memory is sitting on his father’s shoulders at one of the gay pride rallies that was later dramatized in the movie “Milk.”

“We were clearly fringe in the Jewish community,” says Jim Green.

Now 37, Nato Green stands tall, with a deep sonorous voice and just enough of a spare tire to justify his riffs on personal gluttony. It’s difficult to connect his attractive adult persona with the outsider his parents describe. But Green says he grew up feeling very alienated, especially as a Jew in San Francisco. This was due in part to the city’s small Jewish community, and in part to that community’s affluent, German-Jewish Gold Rush-era ancestry. In high school, during a phase he refers to as “Early Trenchcoat Mafia,” Green often daydreamed about a Jewish New York of some magical, bygone era: He imagined watching Yiddish theater on the Lower East Side, drinking coffee with members of the Frankfurt School and listening to the Ramones at CBGB. “It seems like there are these major moments that I would have had a place in,” he says, “and that I would feel more comfortable in than I do in my own life.”

In his teens and 20s, Nato Green visited San Francisco comedy clubs, where he watched performers such as Greg Proops, Margaret Cho, Arj Barker, Will Durst and Jake Johannsen. But after a few humiliating attempts at trying stand-up while a student at Reed College in Portland, Oregon, he set aside those dreams and joined the labor movement back home, starting off his 12-year career as an organizer by trying to form a union when he was working at Noah’s Bagels in San Francisco. (He got fired.)

When he returned to comedy, Green’s organizing skills came in handy for setting up shows and recruiting audiences, and he rose to prominence in a very short time, to the point where after a few years, the now-married father of twins decided to flout all common sense and quit the labor movement for the even more thankless career of full-time comic. That career choice has hardly lessened his political engagement, though: For the past year, Green has acted as the Bay Area Occupy Movement’s comic laureate, performing at encampments, blogging about politics for the Huffington Post, and, in 2011, embarking on a national tour called “Laughter Against The Machine,” with performers Janine Brito and W. Kamau Bell.

When Bell landed his six-episode deal with FX to host his own late-night comedy show, his first move was to try to staff his writers’ room with as many of his favorite comics and collaborators as possible. “I had to have him,” says Bell. “Nato is the country’s preeminent political comedian — even if the country doesn’t know it yet.” In late May, Green got a call from the FX offices, giving him less than 10 days to pack up and get himself to Brooklyn, where, he says, he’s spent the past three months “converting from being a burrito-based life form to a falafel-based form.”

Even before he moved to Brooklyn, Green knew that the New York he once dreamed of is gone, if it ever even existed. But at least he no longer has to explain his Judaism to new audiences or acquaintances, the way he often did in San Francisco. “For the first time, I don’t have to represent my entire species,” he says, adding “I’m open to the idea of a Jewish right-of-return… to New York.”