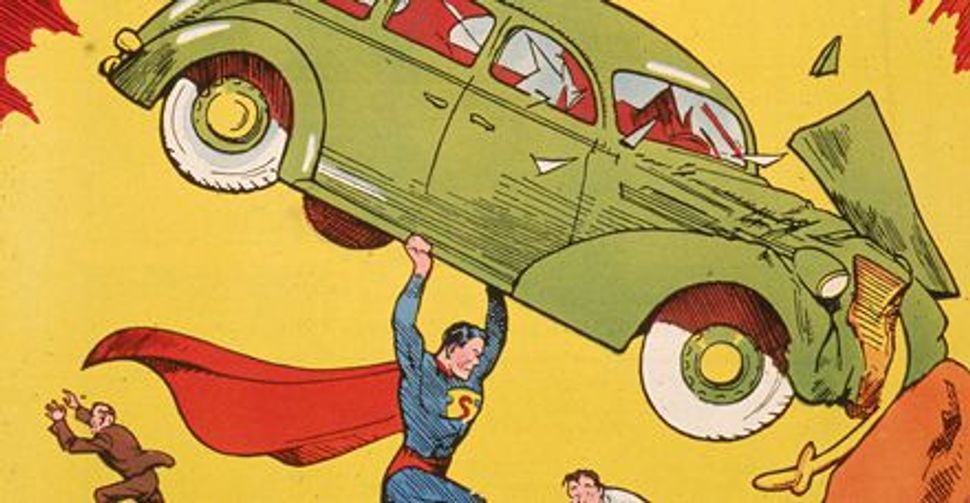 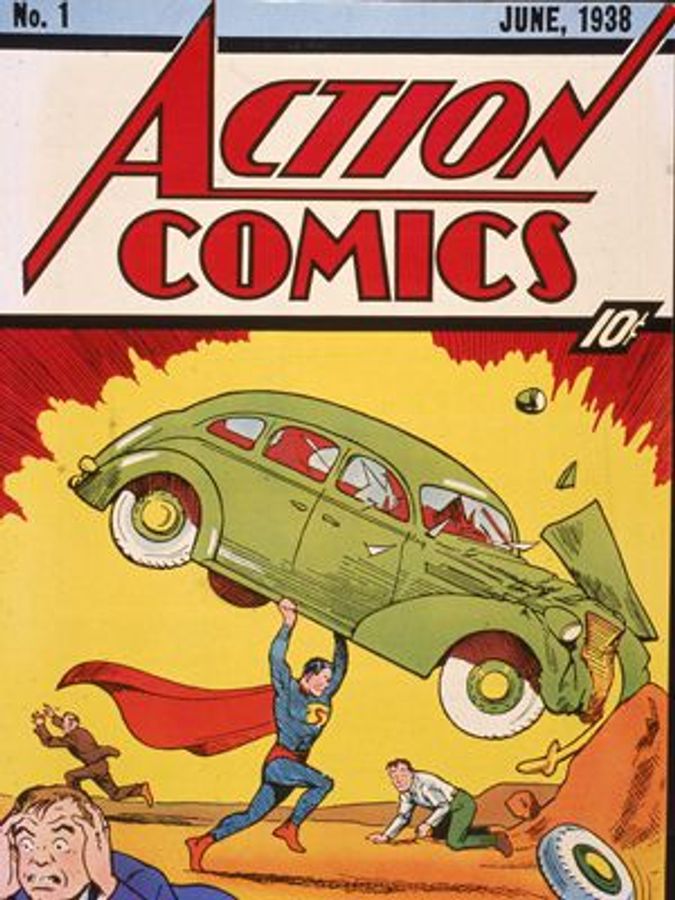 There has been a little boom, recently, in books about the links between Jews and comic books. Stack up Simcha Weinstein’s “Up, Up, and Oy Vey: How Jewish History, Culture, and Values Shaped the Comic Book Superhero,” Danny Fingeroth’s “Disguised as Clark Kent: Jews, Comics, and the Creation of the Superhero,” Arie Kaplan’s “From Krakow to Krypton: Jews and Comic Books,” Paul Buhle’s “Jews and American Comics: An Illustrated History of an American Art Form,” Fredrik Strömberg’s “Jewish Images in the Comics” and the academic anthology “The Jewish Graphic Novel: Critical Approaches,” and you’ll have trouble leaping over them in a single bound. On top of that pile, we now get this volume by a philosophy and humanities professor — and at this point, it really needs to add something new to the conversation.

Unfortunately, Harry Brod, who teaches at the University of Northern Iowa, has set the scope of his book so tightly that he can’t stay within it for long. He’s framed “Superman Is Jewish?” as a survey of how superhero comic books express American Jewish culture, but he simply doesn’t have enough material that fits that description. So he ends up extending the premise in several directions, devoting chapters to Jewish content in American comics that aren’t about superheroes, in superhero-related work that isn’t comics (the final chapter concerns Michael Chabon’s prose novel about the early years of the comics industry, “The Amazing Adventures of Kavalier & Clay”), in non-superherocomics by artists in Europe and Israel, and in imaginative art that is related to neither comics nor superheroes.

There are chapters on Mad magazine, on Art Spiegelman’s “Maus,” and on Jewish-themed comics by artists Will Eisner and Joe Kubert, both of whom had formerly drawn superheroes. By the point at which Brod is attempting to gerrymander Isaac Asimov’s prose science fiction and Marc Chagall’s paintings into the discussion, he’s really pushing it.

At the core of “Superman Is Jewish?” — as with the other books on the same topic — there’s a fascinating sliver of history. There really were a lot of Jews involved in creating the most important American comic books, superhero and otherwise, from the late 1930s to the mid-’70s. Without Jewish creators, there would have been no Superman, no Batman, no Archie, no Mad, no “Maus,” no “A Contract With God” and none of the major Marvel Comics characters introduced in the ’60s.

Stan Lee, Jerry Siegel, Joe Shuster, Eisner, Harvey Kurtzman, Jack Kirby, Bob Kane, Bill Finger: all major names in the history of American comics, and Jews, one and all. And, with a few exceptions, they never made a particularly big deal about it in public venues. Brod quotes Lee — born Stanley Lieber — on how much Jewishness informs comics: “You know, I have no idea. I never really thought of it.”

Brod is rightly wary of the kind of treasure hunting that finds Jewish cultural subtext in anything by an American Jewish creator; it would be somewhat difficult to argue that Lee and Kirby’s tales of Norse gods in Thor comics count as Jewish, for instance. He’s careful to point it out where it is significant, as with Captain America socking Hitler on the cover of his first appearance, published nine months before Pearl Harbor, or the Yiddish phrases liberally sprinkled into the early issues of Mad.

But anything in comics (not just superhero comics) that has to do with Judaism, American Jewish culture or Jewish creators seems to be fair game for the book, as does nearly any tangent that can connect to those topics. It probably wasn’t necessary, for instance, for Brod to discuss “the precapitalist agricultural economy of medieval Europe” or to summarize a discussion he had with one of his classes about Sacha Baron Cohen’s Borat character, or to relate a self-serving anecdote about a wartime “teach-in” at which he spoke.

In his introduction, Brod complains about the standards of academic prose, noting that “as scholars we’re supposed to remain faithful to our source material; if we take the comic out of comic books, we end up falsifying the data.” The chief necessity of academic writing, though, is that it has to make a point. Brod’s style is discursive, casual, personal and often maddeningly rambling. The clearest argument here comes when he explains that his intention is “to see to it that the stories of Superman and other comic book superheroes not be similarly lost [as an expression of Jewish culture] as they are assimilated into mainstream culture. This is an exercise in reclamation.” Fair enough — but there was never a moment when superheroes were outside of mainstream culture, and it’s hard to see the genre’s links to American Jewish culture as something that’s been lost or deliberately obscured rather than as something that seems more interesting in hindsight. (Brod points out one significant exception: The 2006 film “Superman Returns” specifically presented Superman as a Christ figure.)

There’s also a certain amount of potentially fertile territory that Brod has mostly or entirely overlooked. It might have been nice, for instance, for him to have included something on John Goldwater or Martin Nodell, respectively the (Jewish) creators of Archie and Green Lantern. The most popular writer in superhero comics right now, Brian Michael Bendis, is the son of a rabbi (and the rhythms of his writing owe as much, in their way, to Jewish theater as Lee’s did); the question of cultural assimilation is explored at great length in nearly every incarnation of the staggeringly popular X-Men franchise in the past few decades; the new Batwoman, introduced a few years ago and now the star of her own series, was established as a Jewish character from her very first appearance. Still, you wouldn’t know any of that from “Superman Is Jewish?”

Brod is at his best when he’s looking closely at the work of particular creators; he’s got a keen eye for the specific visual gifts of the artists he likes most, and his reading of “Maus” is particularly thoughtful. Some of the chapters of “Superman Is Jewish?” read as if they started out as lectures, and as a chatty reminiscence by a knowledgeable enthusiast of old comic books and of Jewish culture, the book has its charms. It just doesn’t deliver much of what its title promises.

Douglas Wolk is the author of “Reading Comics: How Graphic Novels Work and What They Mean” (Da Capo Press, 2007) and the Kindle single “Comic-Con Strikes Again!” He writes about arts and culture for Time, The New York Times Book Review, Rolling Stone and elsewhere.