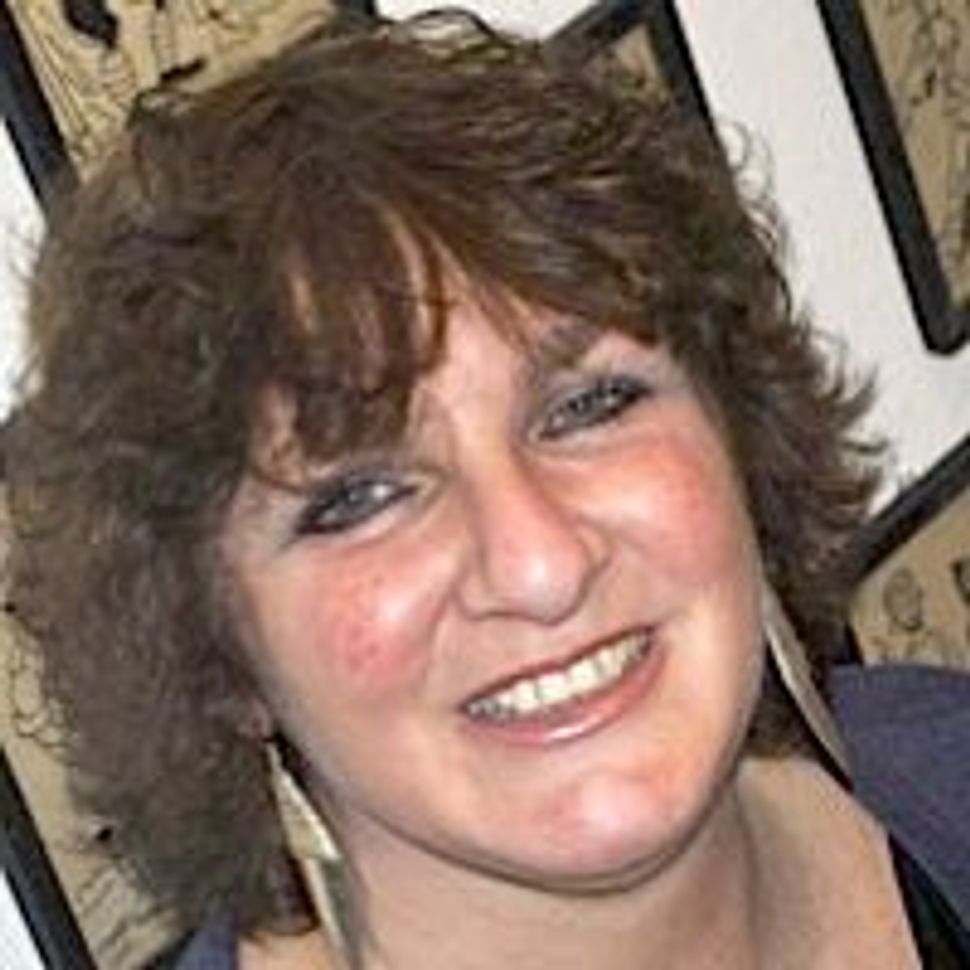 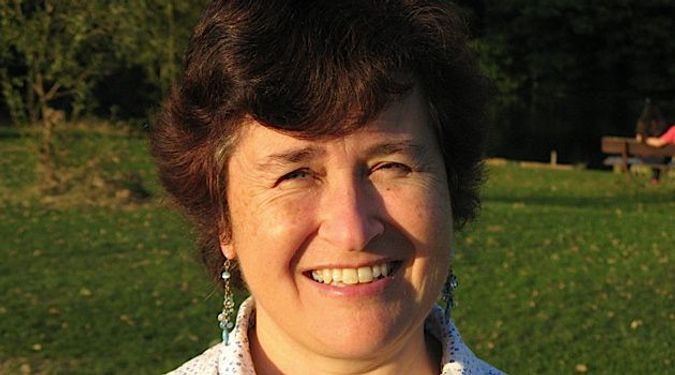 It is no secret that Jewish communal organizations have taken a beating in the ongoing economic recession. Educational institutions, including schools and synagogue programs, have had to slash budgets, and bureaus of Jewish education have either scaled back or closed their doors altogether.

Less apparent is the impact on individual lives. In the wake of the downsizing and restructuring, many middle-aged Jewish education professionals in mid-level management positions have found themselves unexpectedly unemployed. Having completed their professional training in the 1980s and ’90s and worked steadily and successfully ever since, they never imagined they would find themselves without work at this stage of their lives.

As a recent article in The New York Times put it, “It’s a baby boomer’s nightmare. One moment you’re 40-ish and moving up, the next you’re 50-plus and suddenly, shockingly, moving out — jobless in a tough economy.”

So, what’s a knowledgeable and experienced Jewish educational leader to do when she (because Jewish educational staffers are usually “she’s”) hits a major, debilitating road bump in her career? There’s no one-size-fits-all solution. While one person might seek to beef up her technology skills, another might give up entirely on the chance to find new work within the Jewish community. Here are the stories of five women, each moving forward in a different way.

Technology Is the Future

“It’s not fun to lose a job,” said Debby Jacoby. “But to be honest, I think that if I didn’t have as much confidence in my tech skills set, I would really be panicked right now.”

Jacoby, 51, was until last month the director of the Center for Educational Leadership at San Francisco’s Jewish LearningWorks (formerly known as the Bureau of Jewish Education), the central agency supporting all aspects of Jewish education in the San Francisco Bay Area. In 2008, she relocated for the job to California from Cleveland, where she had worked for 25 years as an educational leader in synagogues and on Jewish community projects.

In August 2012, Jacoby’s position was cut back from full-time to half-time, but she had begun to see the writing on the wall even earlier than that. The news that she was losing her job “due to changes in funding,” as her layoff letter indicated, came as no surprise.

Knowing what might be coming down the pike, Jacoby made a significant investment in learning about technology and education over the last year and a half. “I really began to appreciate the value of expanding one’s colleague network, and of using social media to help you go to the next level of thinking on something,” she said.

“I am really interested in exploring how to leverage technology when working on the professional development of Jewish educators,” Jacoby continued. She hopes to find a new position in this field, but won’t settle for something small. “I don’t want to just teach or administer a project,” she said. “I want to go bigger.”

Jacoby thinks about starting her own initiative, but in the meantime, she is looking for a position at a university or institute that would allow her to put to use all that she has learned about technology and education. She believes running a technology fellowship program or developing a collective of tech-focused day schools would be right up her alley.

With existing models of Jewish education proving to be too expensive nowadays, Jacoby is convinced that new ones must be developed, and that baby boomers need to get with the 21st-century program. “We’ve got to be looking at hybrids that blend technology and traditional in-person, brick-and-mortar approaches.”

In this economy, especially when your family depends heavily on your income, it’s not always feasible to wait until another full-time job becomes available after you’ve been laid off.

Not in a financial position to wait around until a full-time opportunity presented itself, Greenspan was glad to have found the job at Lehrhaus and is supplementing it with a variety of short-term and one-off teaching gigs. She’s also doing some b’nei mitzvah tutoring to help make ends meet.

Greenspan is busy networking, but for right now, while her youngest child is still in high school, she cannot consider any positions outside the Bay Area. She’d prefer to stay in Jewish education, but is not wedded to going back to work at a synagogue. “I’m curious to see what is out there in museums, JCCs and maybe consulting,” she said.

But in no way is she putting all her eggs in the Jewish community basket. “Right now I am applying for full-time positions in educational leadership and project management in non-Jewish educational non-profits,” Greenspan said.

At this point, she’s picking up whatever part-time work she can find and putting out feelers wherever she can. “You’ve got to keep doing it. You don’t know what will take you where.”

On the Other Side of the Pond

It’s not only here in America that middle-aged Jewish educators are finding themselves needing to start over. Bebe Jacobs’s entire career has been in Jewish education in the U.K., save for a few years when she was director of education at a large Reform congregation in Toronto. The 57-year-old, who prides herself on having introduced the concept of whole family education to the British Jewish community, worked in educational leadership in the U.K.’s Reform and Liberal denominations and trained teachers at the U.K.’s Department of Jewish Education. Then, after all her successes, she found herself out of a job.

In 2009, Jacobs was replaced as director of education at North Western Reform Synagogue (known as Alyth) by the synagogue’s youth director. Then, at the end of 2011, the DJE teacher-training program was cut. “The whole department has collapsed in recent months. There are no more jobs left and no more consultant work to be had,” she said.

Fortunately, Jacobs has a coaching practice to fall back on. Over the years, she trained in coaching, and now she’s stepping up her parenting coaching for families (“It’s like [the British TV show] “Supernanny,” but not quite as intense,” she says) and wellness coaching for companies.

“I feel a sense of loss that I’m not going back to Jewish education. I always thought that I’d be a Jewish educator with a coaching business on the side, not a full-time coach,” she said. “But there simply aren’t Jewish education jobs available. I’ve applied for some, but I’m not even getting interviews, even though I am probably the best qualified person in the U.K. for them.”

She feels “betwixt and between”; young people who can settle for lower salaries are being hired while older people cling to the jobs they have, trying to hang on until retirement. In other words, she’s been squeezed out.

“I basically foresaw what was going to happen,” Jacobs said. “I’m just glad I have my coaching to fall back on, as challenging as it is for me to market myself and break into the corporate world.”

Moving On and Moving Out

Michelle Brooks, 40, recalls having been the youngest person by at least a decade among her colleagues at St. Louis’s Central Agency for Jewish Education, where she had been director of school services for nine years. Before that, she served St. Louis’s Reform community for six years training and supporting youth directors. She has two master’s degrees (including a master of social work) from the Hebrew Union College.

But her Jewish education days are behind her now. In April 2012, she was laid off from CAJE. After a seven-month job search, she started in January as program coordinator and fundraising associate for the St. Louis chapter of the American Parkinson Disease Association.

“In general I am very happy,” Brooks reflected. “I had a great 15 years, made so many contacts and was very active in my Jewish professional community.” There is no question that she will miss interacting with her Jewish colleagues and making an impact on her own religious community. But it’s time to move on. 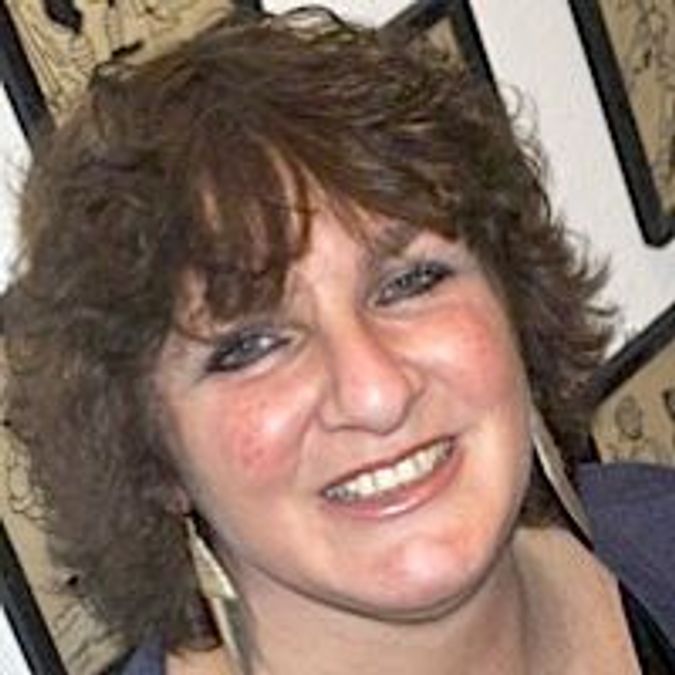 Despite her concerns about the long-term sustainability of Jewish educational funding, Michal Morris Kamil, 49, says she is in it for the long haul. Her position running a multimillion-dollar educational initiative at San Francisco’s Jewish LearningWorks ended in summer 2012 when grant money ran out. Now, Morris Kamil is actively looking for a new leadership position at a Jewish educational agency somewhere in the U.S.

Morris Kamil, who has international professional experience, is ready to geographically relocate for an appropriate job. “I’m not willing to give up on the idea of working in a Jewish educational organization,” she explained. “To really excel and be a visionary Jewish educational leader, you have to be an organic part of an organization and have a stake in its future success.”

While many of her peers are jumping ship and going the consultant route, Morris Kamil is certain that is not the direction she wants to take. “There’s going to be this influx of consultants, and I wonder whether the market can even provide adequately for everyone, and I wonder what kind of additional skills one will need to survive and excel in this new environment,” she said. “Besides, I believe in the power of long-term, visionary Jewish education, and you can’t be invested to that level if you are a contracted consultant working on a project short-term.”

“I have always and continue to see myself as a shlichat tzibur [public servant]. I’m a stalwart, I guess,” Morris Kamil reflected. She admits there can be headaches associated with working within an organization, but maintains she prefers those to the pain of trying to run after consulting gigs. “Organizations need their visionary leaders. You simply can’t outsource Jewish education to such a degree.”

Renee Ghert-Zand is a freelance writer and Jewish educational consultant. She is a regular contributor to the Forward.