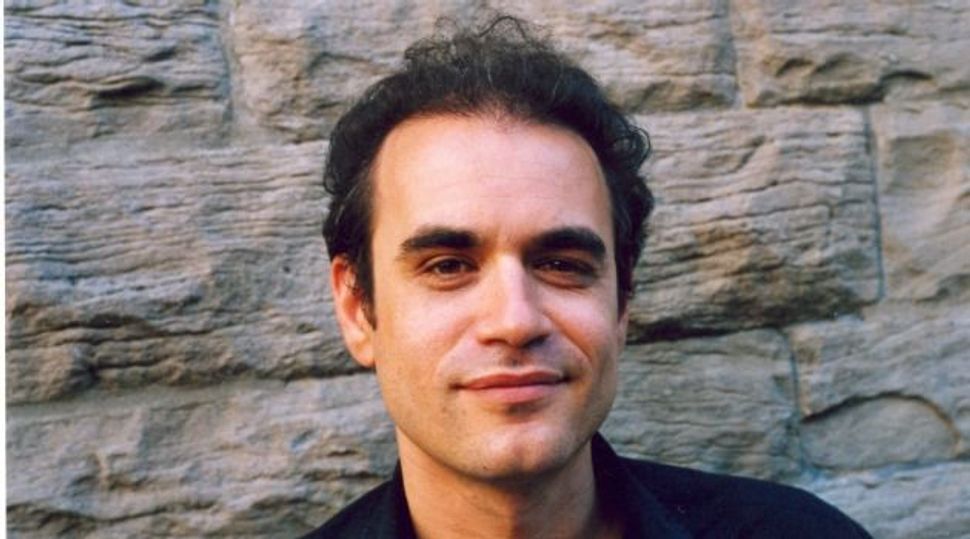 Montreal humorist Jonathan Goldstein, 43, so often pairs kvetching with kvelling that it’s become a signature of the writer, whose joint Canadian and United States citizenship has him bestriding North America’s border. When I arrived to interview him at the Canadian Broadcasting Corp., where he produces his meta-reality radio show “WireTap” — in its ninth season of featuring his anxieties, fascinations and phone conversations with his neurotic friends and family — he was warm and engaging, while bemoaning the upcoming shift of his office down to the building’s basement. “The basement is kind of the story of my life,” he said. “I thrive in darkness. Like Batman. And mold.”

But the focus of our conversation isn’t his office, his show or even his kinship with mildew — it’s the release of his new book of essays, “I’ll Seize the Day Tomorrow.” Drawn from his weekly humor column for the National Post, the book follows Goldstein through his 39th year as he tries to graduate to adulthood from youth.

The book details his angst — mock or real, you decide — at aging without achieving any of the standard markers of midlife: a wife, children, even, say, a house with a grand piano. Adroitly, the book reveals, too, Goldstein’s awareness of his own satiric shtick: how he mines his lateness to the maturity party for laughs.

Indeed, his introduction, allegedly penned by his friend Gregor, claims that Goldstein was one day dropped on his pal’s front doorstep, fully formed: a “middle-aged-man baby. And one who had not lived well at that. He was doughy, rotund and bald” — sporting a shaved head in place of thinning hair — “and not baby bald, but Ed Asner bald. In fact, the only thing baby-like about this creature were his genitals. Which were small.”

The size of the male organ may be a tapped-out vein for humor. (“You didn’t think that joke is funny? Really?”) But the book achieves a universal truth — and endearing vulnerability — when it captures the absurdity of family dynamics that end in public embarrassment.

Here, Goldstein’s parents, married in 1966, figure prominently. His father, a Brooklyn-born schoolteacher, relocated to Canada for his career and his bride. “I grew up in a family where my mother would sit on the toilet with the door open,” Goldstein said. “There was love, but there weren’t necessarily what you call boundaries.” The situation was similar when they all went out to dine: “She’d show up with a bagful of no-name cola. She didn’t get that she was breaking a code or social taboos.”

If Goldstein seems to enjoy blowing the lid off family secrets, his parents are happy to help — even hamming it up with scripted lines for “WireTap.” (In one episode, his father called in to pretend that his own dad was the model for all Jewish in-jokes — even claiming that when pop lacked a napkin, he would simply use the living room drapes.)

“WireTap” shows how much his parents were already “performing their relationship,” Goldstein said, in what may be self-justification for using their antics in his work. Still, their inherent comedy has come to represent more than just fodder for his essays, which have appeared in The New York Times Magazine and The Walrus, as well as in his two previous books, “Lenny Bruce Is Dead” and “Ladies and Gentlemen, the Bible!”

“They enjoy it,” Goldstein said of his parents on “WireTap.” “They’re contributors. Sometimes I’ll feed them lines. If they’re acting, there’s a minimal honorarium.”

Professional — and financial — instability is a worry for many, and in Goldstein’s case, that’s been particularly true. Just this year, he went from being a contract to full-time employee at the CBC. “If my show gets canceled, I’m on staff here,” he said. “They have to find me some other form of work.” The safety net is something he lacked during the 10 years he was stuck in telemarketing, before he came to produce his own program.

This explains his reliance on family as a measure of success. “I was always anticipating my parents’ worry. I’m a full-grown man,” he said, “but I always look at them as a read on how I’m doing. Since my sister had a couple of kids, they’re so focused on the kids. I don’t have to constantly assure them that I’m okay, and it’s healthy.”

Still, his childhood — his buddies, his mom and dad, his favorite foods and home — is at the heart of “I’ll Seize the Day Tomorrow.” In it, being on the cusp of 40 feels like moving into a new house where half the boxes remain unpacked. “But I am enjoying the feeling,” he writes, “that not-yet-being-settled feeling — and I plan on dragging it out as long as I can, because it’s a state of grace where all things are permissible.”

Goldstein’s urge to sidestep maturity may be hanging on, but alongside a growing sense of professional privilege. “It’s exciting to present people to the world that you think are great,” he said. But don’t forget existential terror: “I’m always afraid things are going to bottom out and I’m going to end up living in a car with cats.”

Susan Comninos is a frequent contributor to the Forward. Her journalism has recently appeared in The Boston Globe and Christian Science Monitor.