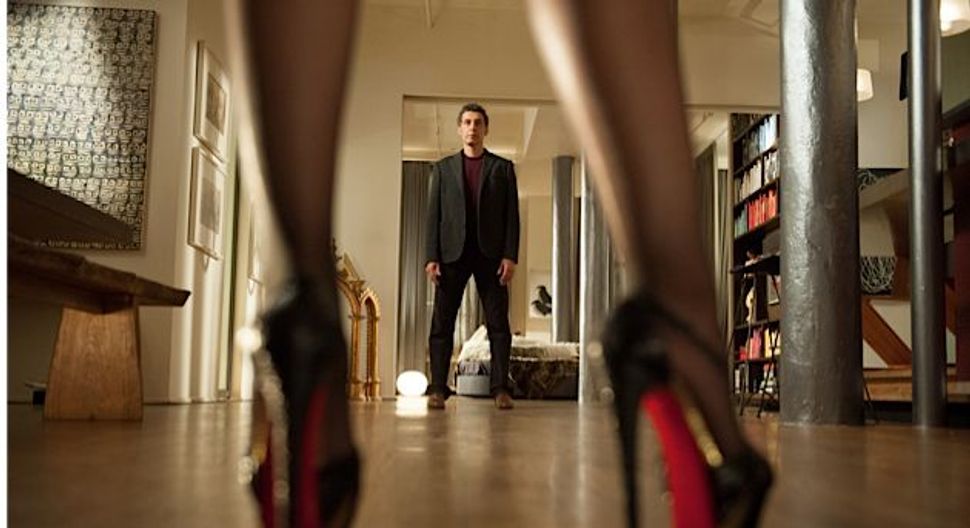 For His Eyes Only: John Turturro directs and plays the eponymous part in ?Fading Gigolo.? Image by Courtesy of Millennium Entertainment

A romantic comedy is a fantasy about love. It’s a fantasy of finding love, of love overcoming the odds, of love doing away with any other difficulty that life might present. At the end of the movie, when the guy and the girl decide they can’t exist without each other, we know they’re going to live happily ever after.

“Fading Gigolo,” directed by and starring John Turturro, is a romantic comedy, but it’s only partly about love. It’s also about New York in the fall; about used bookstores and old-fashioned diners; about walks in the park and trips to the grocer for wine and baguettes. It’s a fantasy about male friendship, which endures even when love doesn’t. And when it comes to love, it’s a fantasy not of romantic bliss, but of a kind of delicious sadness.

The movie centers on the gallantly named Fioravante, a single, middle-aged New Yorker whose life has become prematurely becalmed. He lives in a small apartment, works part-time at a flower shop, and part-time at M. Schwartz and Sons, a used bookstore owned by his friend Murray. When Murray (played by Woody Allen, a fact that was a bigger selling point before renewed allegations of child abuse hit the press) decides to close the store, Fioravante suddenly needs another job.

Murray’s solution is to pimp Fioravante out to his dermatologist, Dr. Parker (Sharon Stone), a glamorous bisexual woman unhappy in her marriage and intent on pursuing a ménage a trois. After much cajoling — “You’re an experienced lover, why shouldn’t you get paid for it?” Murray asks — Fioravante agrees.

The premise of a middle-aged man taking up sex work to earn extra money isn’t exactly new; it was used, unspectacularly, in movies like “Deuce Bigalow: Male Gigolo” and TV shows like HBO’s “Hung.” But here the prostitution plot is little more than a comic foil to the love story between Fioravante and Avigail (Vanessa Paradis), a hasidic widow from Williamsburg who has her own sideline checking Murray’s stepchildren for lice. (Once again, Allen posing as the stepfather to another woman’s children is an unfortunate choice, even if here they’re African-American boys.) It’s an unusual setup, certainly, but like an ink-wash painting, rendered with a consummately delicate touch.

Turturro is best known as an actor, especially for his roles in Coen Brothers’ movies like “Barton Fink,” “Miller’s Crossing” and “The Big Lebowski.” But he is also an accomplished director whose movies include “Romance and Cigarettes” (2005) — an outrageous musical drama about the trials of an unfaithful husband and his family — and “Illuminata” (1998), a romantic farce about a theater troupe in early 20th-century New York.

“Fading Gigolo” isn’t much like either movie, though it does belong to a certain sub-genre of New York romances such as “Breakfast at Tiffany’s,” “Annie Hall” and “When Harry Met Sally.” Even within such well-trodden territory, however, Turturro manages to create a memorable film, and to weave his way through a minefield of sentimentality and rom-com clichés.

Indeed, despite the transgressive nature of the central relationship, this is no “hasidic widows gone wild.” Instead, it’s the story of two lonely people who find solace in each other’s company, if only for a little while. The most romantic scene in the movie is perhaps when Fioravante and Avigail share a simple meal of fish at Fioravante’s apartment. When Avigal asks if he’s isn’t lonely, living alone, Fioravante answers, “You get used to it.”

It also helps that Turturro has a rare feel for the hasidic world, and for the Jewish community in general. The set design and costuming are meticulously researched, as are more subtle social interactions. When Murray is packed into a van and dragged in front of a rabbinical court to explain his role in the affair, he calls his lawyer, Sol (Bob Balaban), who shows up wearing a suit and baseball cap. Sol knows, like any lapsed Yeshiva of Flatbush graduate would, that an informal head covering is better than none at all.

Ultimately, however, the hasidim in “Fading Gigolo” are re-imagined with the rest of the city to serve the needs of movie’s sepia-toned atmosphere. Here the community is nosy and a little repressive, but also warm and forgiving. When Dovi (Liev Schreiber), a member of the Williamsburg Shomrim, becomes suspicious of Avigail, his snooping seems like modesty squad intimidation, but turns out to be garden variety jealousy. He even makes his own well-intentioned bid for Avigail’s affections, apologizing that he doesn’t come from a “rebbishe” family.

“Fading Gigolo” isn’t all melancholy and sorrow — for all of the movie’s pathos, there’s a lot of humor, as well. Fioravante’s new career provides plenty of light moments, especially for the wisecracking Murray. (He explains to his stepchildren: “Gigolo — it’s in the music business. There’s the music, the lyrics and the gigolo.”) But in the end this charming film will leave you feeling a little wistful, and perhaps in the mood for a leaf-strewn walk through Central Park. If Hollywood magic holds true, you might even run into the future love of your life.