A Piece of Unsolicited Advice for the Hasidic Community 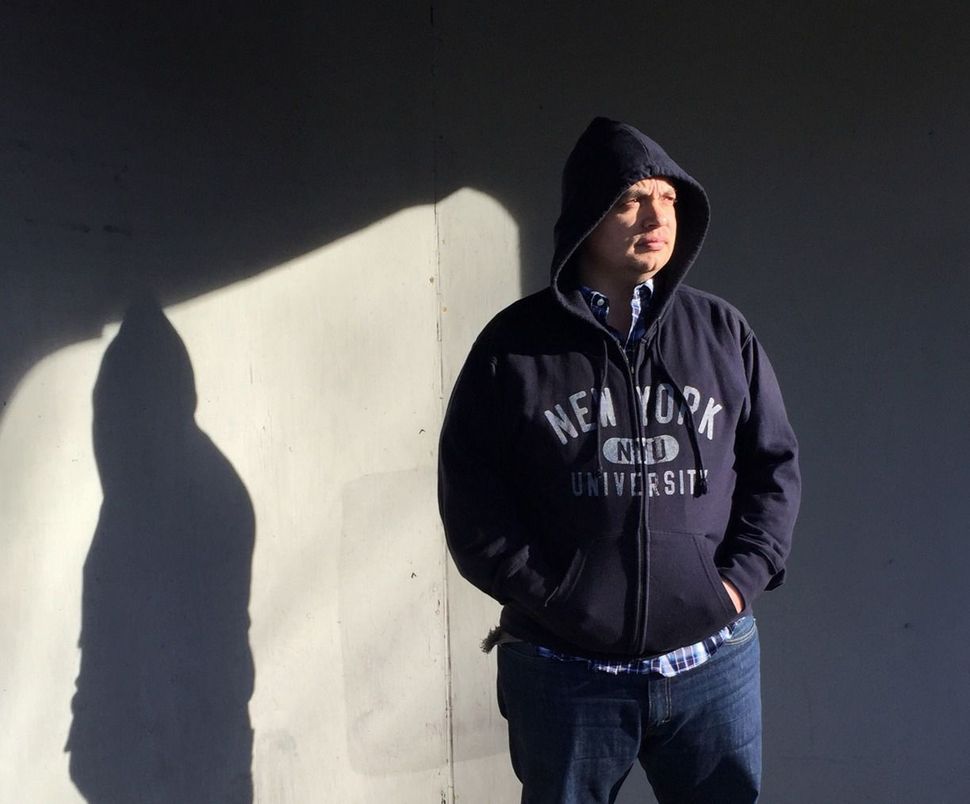 A version of this essay appeared in Yiddish here.

I was never really a Hasid. Sure, I looked like a Hasid, I quacked like a Hasid, and I even sometimes felt like a Hasid, but inside I never was one. I didn’t understand it at the time, and I denied it for years, but looking back I can see that I never fit the mold.

There’s an expression in Yiddish, “ikh vil velen,” or “I want to want,” that sums up how I felt about being Hasidic. I remember going to tishen and farbrengens from an early age, looking at the hundreds or thousands of people lost in ecstasy, and wishing that I could have the same feelings. I didn’t dislike those experiences, but they never grabbed me by the collar and swept me off my feet. I always felt like a bad Jew for being grossed out by shirayim, and I wondered what was wrong with me for not crying along with everyone else during shaleshudes. The mikveh made me uncomfortable, Yom Kippur was boring, and Pesach was a chore.

I was a believer and I followed the rules, but I was going through the motions. I didn’t feel it in my bones, and I spent years trying to catch the bug everyone around me seemed to have. As a child I received dozens of dollars from the Lubavitcher Rebbe to give to charity; at 13 I was a regular in the Nikolsburger Rebbe’s office, discussing 13-year-old existential issues; at 14 and 15 I’d spend Shabbosim at Yeshiva Bais Binyomin in Stamford, Connecticut, to see what the Lithuanian yeshiva world had to offer, and at 16 I was on a first-name basis with the current Vizhnitzer Rebbe of Bnei Brak. I enjoyed my time with all of these sects and denominations, but it obviously didn’t do the trick because at 24 I dropped it all.

None of this searching was done consciously; I thought I was being curious and having a good time. But there I was, spending my parents’ tuition checks tish-hopping and traveling to graves of ancient rabbis all over Israel. Rather than praying, I was taking photos or being disappointed by how unmoved I was the first time I went to the Kotel. I expected to feel God’s immediate loving embrace — if not there, then where? Something was clearly off, but what?

Here’s my theory: I think the rabbis are right. Foreign influences are highly toxic to the Orthodox mindset. Even the smallest crack in the perfectly cultivated shell can cause corrosion throughout the system. My parents were traditional Hasidic parents, but they allowed certain things to slip through the cracks, and as a result my siblings and I got glimpses of foreign ideas and concepts. 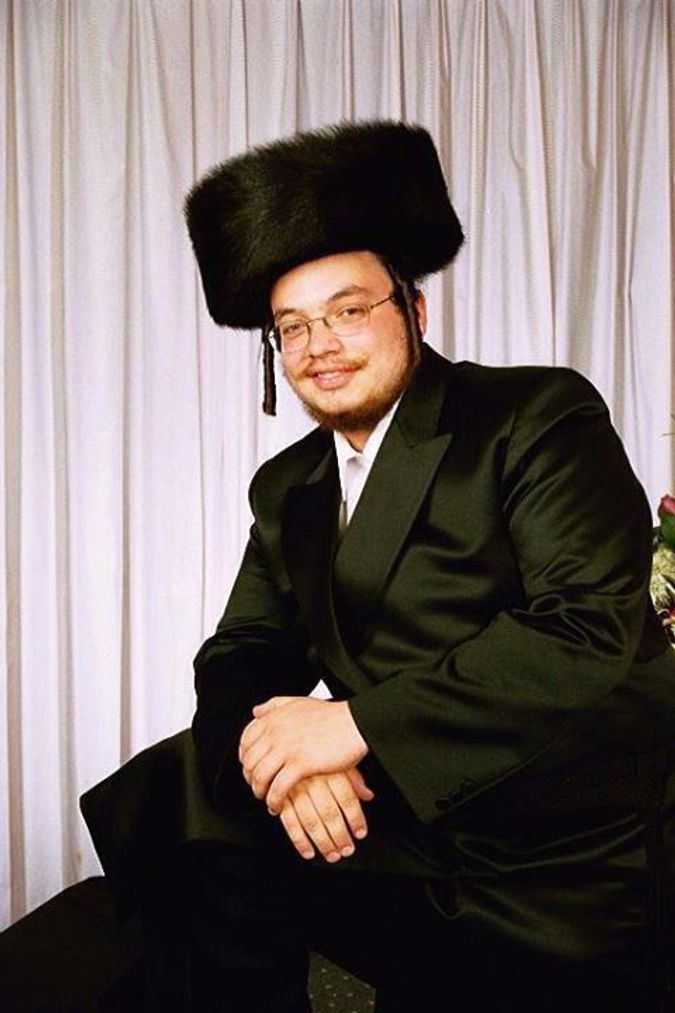 Ari Mandel once tried to auction off a prime spot in heaven on eBay. The bidding hit almost $100,000 before it was shut down. Image by Courtesy Ari Mandel

Movies were strictly forbidden, but they’d play albums our Hasidic friends couldn’t even fathom. We listed to Danny Kaye, dramatized audio versions of Mark Twain stories, audio productions of “The Wizard of Oz,” “Star Wars,” and many others. We listened to plenty of religious music, The Shpy, Shmuel Kunda tapes and Yiddish plays, but they were interspersed with “The Legend of Sleepy Hollow,” “The Emperor’s New Clothes” and “Peter and the Wolf.”

Like all Hasidim, what we read was censored, but our reading options were somewhat broader than those of our peers. Pretty much everyone in my family is a bookworm, and my parents encouraged our reading. In between the Cheery Bim Band, The Lost Children of Tarshish and the Ruach Ami series we also read “The Rise and Fall of the Third Reich,” a thousand-page tome on the Lodz Ghetto and heavily-redacted copies of National Geographic Magazine.

I wasn’t a stupid kid, but I was definitely a naive and conformist one. It would be years before I started asking “why,” and questioning what I’d been told. I must have been vaguely aware of the wider world, but between the controls placed on us, and my own willingness to follow the rules, I was comfortably ensconced in the Hasidic bubble, despite the influences I absorbed over the years.

Much to my parents’ chagrin, I inherited some of my most problematic traits from them. From my father I learned skepticism and critical thinking, and from my mother I learned not to shy away from being different and independent, and to be proud of my independence.

While our friends and neighbors were going to Viola Park and Six Flags on the holidays, my father shlepped us to the American Museum of Natural History, Liberty Science Center or to Tannen’s Magic store in Manhattan. We didn’t have much of an understanding of what we were looking at, and he’d often steer us away from anything overly blasphemous, but something must have seeped in.

When my Rosh Yeshiva complained that “the Mandels are too independent,” my mother couldn’t understand why that was a bad thing. At our Shabbos table there were all the usual things; divrei Torah, parshah discussions and zemiros, but unlike other Hasidic families, we also discussed current affairs and issues of the day.

My father, always the contrarian (and the only Democrat in the neighborhood), would try to explain why voting for Hillary Clinton wasn’t as stupid as Rush Limbaugh said it was, or why underpaid Chinese children making our cheap Walmart undershirts wasn’t something we should ignore, or why “shvartses” shouldn’t be looked at or treated any differently than anyone else — regardless of what we heard in yeshiva.

I didn’t go looking for alternatives. I believed in God and I was happy and comfortable being Hasidic. But those influences enabled me to follow the evidence wherever it led. Most Hasidic or Orthodox people who were confronted with questions would have run from them, or at least asked their rabbi, accept what they were told, and moved on. But I kept going down the rabbit hole, and ended up leaving Orthodoxy altogether.

It’s not just Hasidim who are struggling with this problem; all across the religious world, clergy are railing against foreign influences. As many experts have written, the biggest threat to radical Islam isn’t American drones or bullets, but the unsanctioned satellite dishes rampant across the Middle East. Go into a church on any given Sunday, and there’s a good chance you’ll hear the preacher decrying the evils of pornography addiction and other dangers waiting to ensnare your soul. The proverbial sex, drugs and rock ‘n’ roll are far more damaging to fundamentalism than foreign armies.

The moral of the story is that you need to stifle your children. You need to smother any signs of creativity, curiosity, individuality, and definitely any shred of inquisitiveness they might display. Absolutely no movies, or music or books that are even remotely touchy, and definitely no radio of any kind.

When I got my driver’s license at age 18 I started listening to the radio, and the bumper music was my gateway drug to non-Jewish music — don’t make that same mistake! No television, no Internet, no newspapers and no magazines. No going to the public library, avoid public transportation whenever possible, and definitely no secular education.

My father’s go-to example of non-kosher food was always Haagen Dazs ice cream. Not bacon, or shrimp cocktails, or cheeseburgers, or pepperoni pizza: Haagen Dazs, which has kosher certification from the Orthodox Union, but wasn’t kosher enough for us. The lesson? You’re all in, or you’re all out. This is a take-no-prisoners, zero-sum game, and there are no half measures. You cannot be half pregnant and you cannot be half Hasidic.

I’m only half kidding.

Ari Mandel grew up Hasidic in Monsey, New York, left the Orthodox community at age 24, and served in the U.S. Army for five years. He is now a student at New York University, writes occasionally, and tells Hasidim how to raise their children in his spare time.

A Piece of Unsolicited Advice for the Hasidic Community