I Gave Money To a Panhandler And Had a Supernatural Epiphany 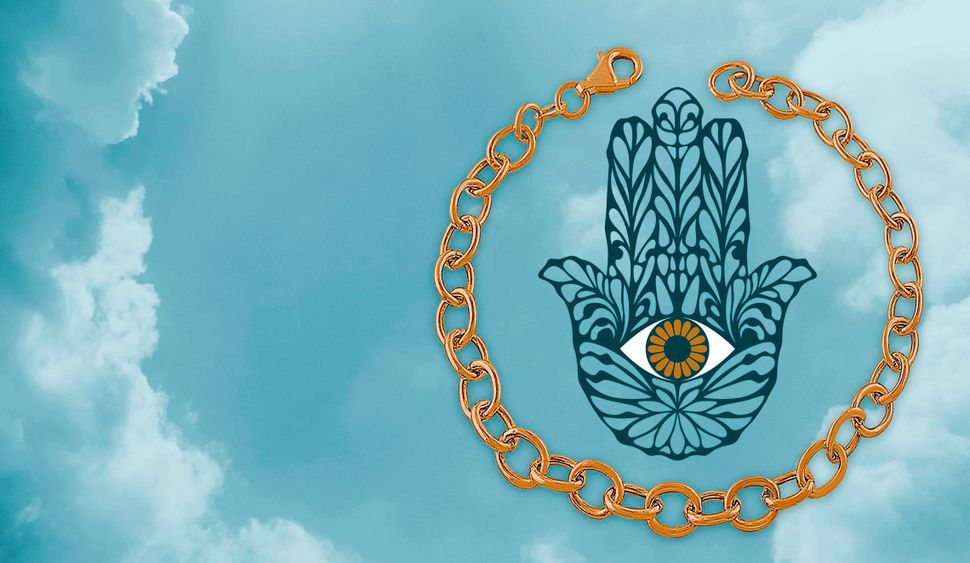 The stranger who approached me during my lunchbreak in Manhattan one day was in his 40s, compact and animated — or perhaps twitchy. He asked for cab fare to visit his 7-year-old daughter, who was undergoing cancer treatment in a hospital across town.

The man began walking uptown with me, telling me about his daughter’s drawings, her optimism, her debilitating nausea and the nights he spent by her bedside. He pointed out a bodega ATM, and I found I couldn’t say no. The machine rejected my PIN, giving me another opportunity to back out; instead, I let the stranger accompany me to the nearest bank branch, where I reset my account and withdrew money. In the 20 minutes we had spent together, his expenses had increased. I gave him $70 and my phone number so that he could return the loan, and as collateral he gave me a gold chain bracelet with a 14-carat stamp on the clasp.

I took the elevator up to my office, and when I stepped into the hall, I became dizzy. Maybe it was the shock of the air conditioning after the summer heat, or the dawning humiliation at being so easily manipulated. I had been living in New York for 10 years, and I had never behaved so naively. I realized now that it was an obvious scam.

I told my co-worker about my uncharacteristic lapse in judgment and about the bizarre feeling of dislocation I couldn’t shake, as if that all-too-familiar stretch of Third Avenue had temporarily veered into another dimension, one where a stranger’s commands could override all my better instincts.

I tried to turn it into a joke, but my co-worker didn’t laugh. “You met a jinn,” she said. The trickery, the gold and the otherworldly sensation were all hallmarks of encounters with genies or jinns, spiritual beings common in the everyday experience of the African region where she had spent the past few years. She had a doctorate in anthropology and delivered this explanation with academic seriousness. She wasn’t saying jinns were real, she was just saying the facts met the criteria.

My relationship with the supernatural was much like my relationship with panhandlers. I didn’t believe, but I played along to a degree, just in case. I gave out a few dollars on the subway, even if I doubted the story. I burned sage when I moved to a new apartment, even though ghosts aren’t real. I even got a hamsa tattoo, the perfect metaphor for my Jewish beliefs: I didn’t care that tattoos are frowned upon, but better safe than sorry when it comes to the Evil Eye.

Accepting that the man is a jinn, however, was a pretty big leap from dabbling in harmless rituals. But there was something about the encounter with that required an extraordinary explanation.

I didn’t tell my co-worker that there was another reason I was feeling so strange: I was nearly three months into my first pregnancy. I knew I “wasn’t supposed” to tell anyone during the first trimester, to save myself uncomfortable conversations if things went wrong, but I understood the rule as more of a sacred contract than as social hedging. Don’t tempt fate. I had never been religious, but I decided quickly that I wouldn’t have a baby shower. There would be no decorating a nursery, or washing and folding infant onesies. My husband and I decided on a name for our baby, but I made him promise to keep it a secret from everyone until she was born.

Pregnancy had ignited my latent superstitious instinct. The man never called, of course, but instead of confirming he was a scam artist, his silence only emphasized his mysterious nature. I was now sure I had met a jinn in Midtown East.

I wore the bracelet every day, but told no one about the jinn, not even my husband — in part to save myself from his teasing, but mostly because my co-worker had warned me that jinns don’t like to be talked about.

The gold turned out to be adulteratedly plated, and though I’m allergic to nickel, my skin didn’t react. This is a sign, I thought, and I twisted the bracelet around my wrist and felt calm. I was wearing it when I finally announced I was expecting, and when my doctors diagnosed me with diabetes and classified my pregnancy as high-risk.

My nebulous fear that something might go wrong was now attached to a specific threat. That fear made me a good patient, and I measured my meals and tested my blood glucose, while those light-gold links chipped and faded to silver on my wrist. I wore the bracelet even after I removed my wedding rings from my swollen fingers. Eventually the clasp dented, and a metal point pricked my wrist. I couldn’t wear the bracelet anymore, and I panicked. A local jeweler wouldn’t fix it — the metal was too cheap to be repaired — so I carried it with me instead.

For the first time in my healthy, intellect-driven life, I had a profound sense of my mortality: not the fleeting rush of looking down from a great height, or of a near-miss on a slick road, but simply of not knowing what my body would do next, and what would become of my baby when she left it.

The bracelet was at the bottom of my handbag when I went to the hospital to give birth. For the first time in my pregnancy I was completely unafraid. I had bought protection, a gift from a sick child or the man desperate enough to invent her.

When I looked at the bracelet again, after my daughter was born — healthy — there was no mistaking it for anything other than a cheap bit of metal, any power it once possessed now exhausted. I put it in a bowl with spare change, and eventually I lost it.

As a parent, I’ve gained a host of new things to fear: the future remains obscure — but the tunnel is bright. I don’t have any talismans, but I do have a hand to hold along the way.

Stephanie Feldman is the author of “The Angel of Losses” (Ecco/HarperCollins, 2014).

I Gave Money To a Panhandler And Had a Supernatural Epiphany