Why I Love ‘Wet Hot American Summer,’ Lame Jokes And All 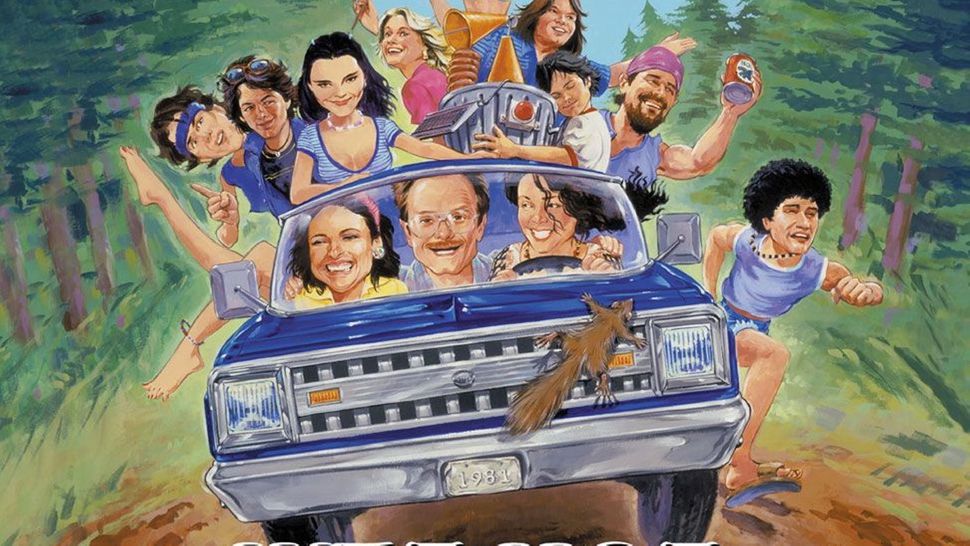 Ah! “Wet Hot American Summer,” why dost thou tickle me so? Really, there’s no good reason that this movie should! For I share none of the nostalgia it proffers! None, I say! Or do I?

I’ll confess that my only experiences of Jewish sleep-away camp weren’t exactly traditional. But were they as absurd as Camp Firewood?

There was Jewish-troop Boy Scout camp, complete with a tag-a-long Hasidic clergy who made us eat from a sunbaked jar of gefilte fish and sing awful songs like “Ain’t Gonna Work on Saturday” and “Wherever You Go, There’s Always Someone Jewish”. This was out in the Ozark Lakes of Osceola, Missouri; the Ozarks, mind you, is a place so remote that when my aunt invited — in the spirit of interfaith friendship — an Ozarkian lad to stay the weekend in Kansas City, my cousins were all checked for horns and tails.

My other camp experience borders more on the traditional. Only, much like in “Wet Hot American Summer,” where 20 and 30-somethings play 16-year-olds, I myself was an overgrown oddity. I went with a youth group as a 17 or 18-year-old in late September or early October, long after camp had closed up shop for the fall. I believe we went to in the Ozarks and GUCI in Indiana.

Our days were spent trying to make out with one another in competitive fashion (I remember a point-system being involved) and taking group photos with our testicles hanging out of our shorts. Given my limited experience, I can only draw two conclusions explaining my love for “Wet Hot American Summer” : either (a) the absurdity of my personal experiences fall frighteningly close to the absurdity of the film, or (b) all Jewish summer camps are similar to my experience, which, frighteningly, reveals a bizarre documentary aspect to the movie.

Whatever the case may be (my vote is with the latter), it’s time to celebrate with another “Big Talent Show.” Creators David Wain and Michael Showalter are bringing back the film’s cast of characters in a new series,”Wet Hot American Summer: First Day of Camp,” ready this Friday on Netflix, for your post-=Tisha B’av binging pleasure! And they aren’t afraid to double-down on the absurdity; the new series is a prequel, taking place 2 months before the events of the earlier film, only the cast is now inexplicably older, fatter and wrinklier (most noticeably, the once svelte Mr. Showalter is now a bloated bloke approaching middle-age).

One question, however, continues to itch at me as though I were camping in Milburn, New Jersey (“State Bird: The Mosquito”): Was the movie really as Jewish as I think it is? Over at Tablet, Marjorie Ingall and Mark Oppenheimer had themselves a little debate on the merits of “Wet Hot American Summer,” where they touched on this very idea.

Mark Oppenheimer dismissingly remarks that “Camp Firewood appears to be Jewish” and that its Jewish jokes are too easy and not funny. Before I get to telling why he is dead wrong, let me commend Oppenheimer on bringing another the point, with which Marjorie Ingall agrees. Why don’t Jewish men hire Jewish actresses? I mean, seriously, where were Sarah Silverman and Susie Essman when they were filming this? Seriously!

This valid observation about the film’s sorry dearth of Jewesses aside, Oppenheimer completely misses the point when he criticizes the films Jewish jokes. Classic lines like “Wait for me, Abby Bernstein!” or Janine Garofalo’s Camp Director reading down a roster of campers as though she’s inventing names: “David…Ben Gurion […] Rachel Clipper…uhh…hofferman” – are funny because they are terrible and easy. In the universe of “Wet Hot American Summer,” jokes are not funny by virtue of how cleverly written they are, but rather by virtue of how unabashedly terrible and self-referential they are. In fact, going back to the documentary aspect of the movie, someone at some camp in the 1980s probably made that joke!

That these jokes are “not-so-far-from-the-truth,” I think, lead me and so many others to get weak in the knees with laughter. There are many wonderful moments of the same ilk: Michael Showalter’s schlemiel camp counselor calling his parents to tell them he’s in love and responding to their queries: “hmm…I don’t think so…well she might be, she’s got a pretty big nose.” Then, while professing his love to his crush, played by Marguerite Moreau, he launches into another classic: “Katie, I love the way you laugh and I love the way your hair smells and I love it that sometimes, for no reason, you’re late for shul…” And let’s not forget that camp’s talent show is emceed by a terrible old Jewish Catskill comic, Alan Shemper (Showalter in pink ruffles and a false mustache), who tells grandpa-clunkers that even the awful Henny Youngman would have kicked to the curb: “ I went to sleep-away camp so long ago that it was the Stone Age. No, but seriously, it wasn’t the Stone Age… it was the Ice Age! No, really, it was the Stone Age.”

Now we’re getting somewhere. I’m beginning to understand why the movie tickles me so!

”Wet Hot American Summer” is a thing thing of rare beauty because it taps into the wacky truisims of a postmodern Ashkenazi culture that has its root in the 1980s, the decade where EVERYTHING, even Jewish culture, jumped the shark; complete with Stars Wars and ‘ska’ themed bar-mitzvahs, rampant rhinoplasties, and, keyn ein hara, tfu tfu tfu, the invention of the blueberry bagel.

Also, in the ‘80s (full disclosure, I was but a babe), Jewish humor got sucked into general pop-culture. I mean, seriously! It was the decade of “Spaceballs” (“That’s all we needed! A Druish Princess!”), Joan Rivers on network television, and the unintentional silliness of “Yentl.” “Wet Hot American Summer”’s 1981 setting could have missed out on the decade’s later developments, but the writers managed to ret-con all later ‘80’s zeitgeist (clothes, colors, cars, culottes and “campiness”). This moment gave us, I believe, the last great image of Jewish zaniness. It’s an image that many of us lived and continued to live, precisely because we’ve been brainwashed by Mel Brooks, Woody Allen, Joan Rivers, et al. to the point that we became like them! I know I was.

I remember a friend of mine, in middle school, saying that he thought my family, who owned the Jewish deli in town (Kansas City, Kansas), were nuts like the guys in “Seinfeld.” (My parents were less amused by this tidbit, and started arguing: “He said that because his parents say that! That what’s they think of us! We’ll show them!).

So, yeah, “Wet Hot American Summer” is a kind of documentary, one that, as H. Jon Benjamin’s stoner drawl tells us in the official trailer for the new series, is more than simple reminiscences, “Camp Firewood more than just a summer camp. Camp Firewood is an idea. Promise. Way of life.”

Why I Love ‘Wet Hot American Summer,’ Lame Jokes And All