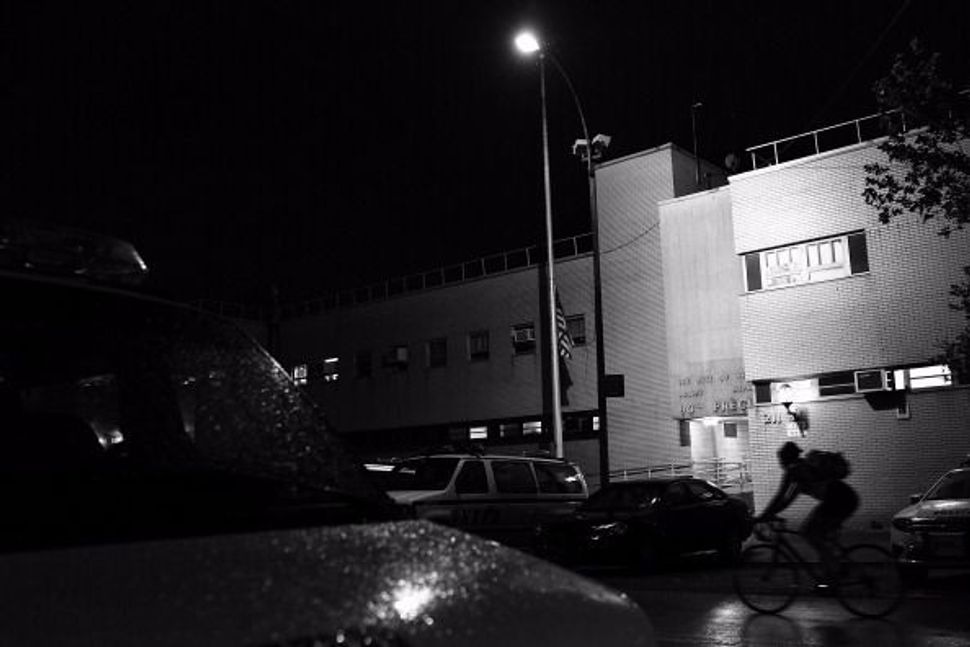 The first time Judaism and wrongful convictions collided for New York Post crime reporter Reuven Fenton was in 2013, when he covered a hearing in which a Brooklyn judge freed David Ranta, wrongfully convicted for murdering esteemed Rabbi Chaskel Werzberger 22 years earlier. The made-for-tabloid story sparked an investigation into egregious official misconduct by the Brooklyn District Attorney’s Office and the infamous lead detective in the case.

As in so many miscarriages of justice, the true story behind how the innocent person got convicted is a kind of truth-is-crazier-than-fiction, you-can’t-make-this-stuff-up parallel universe. In Ranta’s case, one of the witnesses who identified him in the lineup said that the lead detective, Louis Scarcella, told him to pick “the guy with the big nose.” So he picked Ranta because he had the biggest nose. After two decades in prison, Ranta was released. The New York Times exposed a long pattern of misconduct by the same detective, which — in an extraordinarily rare move — resulted in the current Brooklyn district attorney re-investigating 57 cases closed by Scarcella. Several more exonerations followed, and more are expected.

That was Fenton’s introduction to the world of criminal injustice, and it was his inspiration for writing “Stolen Years: Stories of the Wrongfully Imprisoned,” (Tantor Media, 2015) where he profiles eight men and two women who were convicted of crimes they did not commit and then exonerated. Speaking to the Forward’s Pamela Cytrynbaum, Fenton said he found something singularly horrific — and particularly Jewish — about innocent people being plucked from their lives and imprisoned for decades.

Pamela Cytrynbaum: You attended Jewish schools until you were 22 — high school at Maimonides School in Brookline, Massachusetts, and college at Yeshiva University in New York City. Jews think, write and argue a lot about justice, laws, rules, punishment, expiation, redemption. Those ideas feel embedded in the book.

Reuven Fenton: There’s a Hebrew phrase, gam zu l’tovah, which, loosely translated, means everything is for the best — or, what God wants is for the best. If I win the lottery, it’s because God wanted me to. If I die a fiery death, God wanted me to. In some cosmic way, whatever happens to me is for the best and I need to accept it. This concept is, of course, not unique to Judaism. Every religion embraces this idea. All it really is is faith. But since I was taught by rabbis to embrace this concept, I tend to think of it as Jewish. Anyway, one of the people in my book, Cornelius Dupree of Texas, talked about how, at his lowest point, when he had all but given up on ever getting out of prison, he found Christ. And that changed everything. Because suddenly he was no longer a victim, but a messenger sent by God to do God’s will.

That’s profound. There’s power in that. Even an agnostic can appreciate the psychological benefit that state of mind has on a person in dire straits. It helps you survive. Also in Judaism, there’s an emphasis on obeying Jewish law, or Halacha, to the letter. Many Jews dedicate their lives to studying the entire Talmud over and over. The common belief is, no matter how much you study you’re still never going to be close to knowing enough. Observant Jews practice the law with the same dedication. This scrutiny resonated with me while working on this book. At the Jewish schools I went to, there was always an insistence on getting the laws down right — whether you’re enforcing the law or merely obeying it.

What seems to have happened in modern times, however, is that police and prosecutors came to prioritize winning cases over getting cases right. This could have been for vanity’s sake, or because they were under political pressure to keep their tallies high, but law enforcement has shown a real failure to decline to prosecute when evidence points to the arrestee being innocent. And this very much goes against the values I was brought up with. And so the outrage against injustice I felt while writing this went quite deep — deeper, I think, than if I hadn’t been brought up with these values.

How did you choose the 10 subjects you profiled for this book?

For better or worse, there’s a large pool to choose from. The National Registry of Exonerations has 1,700 exonerees listed from 1989 to today. I had some pretty specific criteria that narrowed it down quite a bit. I wanted people who had done at least 10 years in prison. I wanted them to have been exonerated within the last couple years. I also wanted to include women, which is a population that doesn’t get a lot of press when it comes to wrongful convictions. I ended up finding two women who wanted to be part of my book. I was happy with the 10 I ended up with. They were from all walks of life, and each from a different state. I felt like together they represented the diversity of the issue; wrongful convictions spare no one.

Which story in “Stolen Years” have you found to be the most moving?

The short answer is, tough to say. Thomas Kennedy of Washington state has arguably the saddest story. His 11-year-old daughter accused him of raping her one day. He was arrested, tried and sent to prison. Years later, she recanted. Kennedy is very fragile and almost didn’t want to be interviewed, but over time he warmed up to me. His story is unbelievably tragic, yet he’s managed to hold it together and I really admire him for that. When Ginny LeFever told me the story about how her kids stopped visiting her in prison because they thought she had killed their father, she described the pain as like losing a child (something she had also tragically experienced twice). As a father myself, I was haunted by that. Another of my subjects, Debby Brown, told me once that she’d started having nightmares again about prison because of our interviews. Yet she still wanted to continue, to finish what we’d started. I found that very inspiring.

What initially drew you to wrongful convictions?

What sparked the idea was covering [for the New York Post] the exoneration of a guy named David Ranta, who’d spent 20 years in prison for killing a rabbi. Not a lot of things move me on this job, but seeing the way Ranta embraced his family members in the courtroom really touched a nerve in me. Outside the courtroom there was this big, chaotic press conference, and the kinds of questions reporters asked were very superficial: How does it feel to be out of prison? What’s the first thing you’re going to do as a free man? Stuff like that. And those questions are fine for a breaking news story, but I remember thinking, as I held my voice recorder in Ranta’s face, that this guy had two decades’ worth of material for an amazing story, and that story had yet to be told. I didn’t end up profiling Ranta for “Stolen Years,” but he was definitely the inspiration. Soon after I started researching the book, I started to realize that this project was going to be more than just about stories. It had to be a call to action to change a justice system that sends countless thousands of innocent people to prison.

And what is that call to action?

It’s essentially to do what the press does when it gets hooked on a social issue: make a ton of noise. Annoy the living hell out of your elected officials until they quake at the sound of your voice and do what you say. Volunteer with one of the innocence organizations whose lawyers are so overworked they can barely handle the clients they’ve got. Donate money to these organizations, if you’re so inclined. The bottom line is, it’s not enough just to be outraged about an injustice; you have to be vocal about it. Change only happens when the people who write laws feel their power being endangered by the wrath of the public.

What do you wish the public knew about wrongful convictions?

People need to know that wrongful convictions can happen to anyone. In fact, you can get thrown into prison for a crime you don’t even know about. Here’s the short version of the story of James Kluppelberg of Chicago, one of the people I profiled. One day, he saw a house burning on his block. He watched it burn with a crowd of people until firefighters put it out. Fast-forward three years. He was a working as a security guard one night when he saw a couple cars burning nearby and called the cops. A month later, cops asked him to come to the station to discuss the burning cars. He complied. Once he was seated, they asked him why, three years earlier, he’d set a house on fire that killed a mom and her five kids. And he’s thinking: Huh? Because for one thing, the house fire was a distant memory. Second, he didn’t know anyone had even died in the fire. Third, he had no idea why cops were accusing him of setting it. It turned out an ex-friend of his had fingered him in the house fire in exchange for leniency in some drug case. But James only found that out later. He did 24 years in the slammer. So just try to picture this: You’re living your life like anyone else, and then, zip! Your life just gets plucked from you in this totally random way and you’re in prison for a quarter-century. And it happens all the time.

Very few people have actually met and gotten to know exonerees outside the world of their lawyers, advocates and family members. What have you learned about this population of people?

They’re survivors. When you survive something like this, you never view the world the same again. You want to assimilate back into society again, but you can’t because society has betrayed you. You’ve been denied your basic right to roam the land freely. There’s no going back to your once blissfully ignorant self. So what does a person do who no longer considers him or herself a civilian? Find others who have gone through the same thing. They will be your only true friends from here on in, because they’re the only ones who’ll be able to relate to you.

Pamela Cytrynbaum is the executive director of the Chicago Innocence Center.