How Jews Found ‘Promised Land’ by Being British 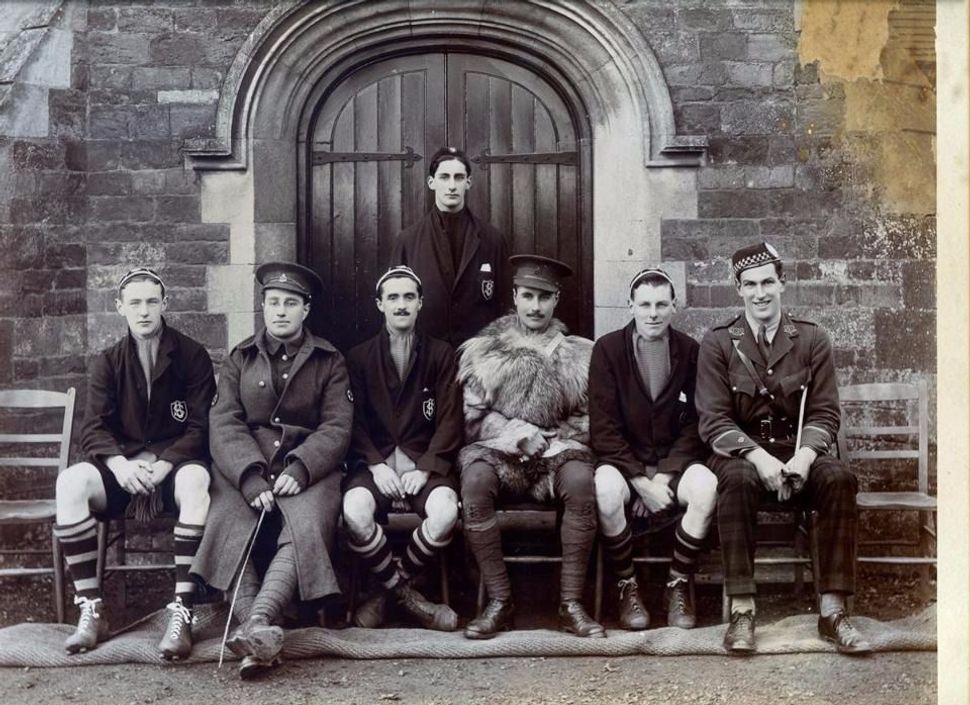 Image by Courtesy of Ian Buruma

Their Promised Land: My GrandParents in Love and war
By Ian Buruma
Penguin Press, 320 Pages, $27

Can one be both Jewish and British, or must one identity subsume the other? The critic and historian Ian Buruma tackles that perennially vexing question in “Their Promised Land: My Grandparents in Love and War,” his recently published account of his grandparents’ lifelong attempts to reconcile their Jewishness — both of them descended from German Jews who had come to London for financial opportunities in the 19th century — with their Britishness during the first and second World Wars.

Buruma uses a cache of correspondence he uncovered decades after their deaths to puzzle out his grandparents’ nuanced relationship with the country of their birth. At first glance, Hampstead-born Bernard and Winifred “Win” Schlesinger, whose respective fathers were bankers in the City of London, were consummately English. In the book’s opening tableau, the Schlesingers, the parents of the film director John Schlesinger, are living in a Berkshire vicarage called St. Mary Woodlands (could any place’s name be more English?), where they host elaborate Christmases for their extended family.

Win Schlesinger was a passionate gardener, and patriotic Bernard Schlesinger volunteered for military service at every opportunity — and in the first half of the 20th century there were many such opportunities. They were, as one of Burma’s American friends observed during a visit in the 1970s, “the most English people he had ever met,” with a home “like something out of Agatha Christie.”

But of course, the Schlesinger’s were also Jews, strapped with that funny German name, and so they were forever “outsiders who were insiders, too” (and vice versa). And despite their over-the-top Christmas celebrations — to say nothing of their shared passion for Wagner (“Wagner’s ‘Ring’ was as close to his Jewish heart as Christmas Eve,” Buruma writes) — the Schlesingers, however assimilated, were never “closeted” about their Jewishness. “To be Jewish,” Burma writes, “was not a source of shame. My grandparents just didn’t want to make a fuss about it…. They were British and had the perfect right to insist on it, and yet their sense of belonging was never simply to be taken for granted.” Refusing to “make a fuss” — there is no truer indicator of Britishness.

But for all their professed comfort, the Schlesingers occasionally suffered for the religion they scarcely practiced: Bernard Schlesinger was a doctor, shut out early in his career from certain prestigious hospital positions because of what he chalked up to “the old, old story.”

So if “casual anti-Semitism” and prejudice against Jews was a constant issue, why, then, did the Schlesingers love England more with each passing year? “Their loyalty to Britain and its institutions was perhaps extreme,” Buruma writes, “but it partly came from gratitude. The society in which they were born and bred did not turn on them, as Germany had done on its most loyal citizens.”

And for all their seeming indifference to their Jewishness, the Schlesingers used their money and connections when it mattered most — to bring over a dozen Jewish children from Germany, a venture they embarked on several months before Kristallnacht. Buruma writes that “by rescuing these twelve children, Win and Bernard made it heroically clear where they stood. With all their efforts to be conventionally British, here was an affirmation of solidarity when it mattered most. But their allegiance was to class as much as to ethnicity.” The children the Schlesingers rescued weren’t straight out of the shtetl; on the contrary, they were upper-middle-class, with factory owners and educated professionals for parents.

This is a constant theme: the interplay between class and “ethnic” loyalties. Though only one of their four parents had been born in England, the Schlesingers were rich, and wealth has a funny way of conferring belonging on immigrants regardless of their country of origin or their time of residency in the new country. The Schlesingers could become so incredibly English for the simple reason that, with their Oxbridge educations and their sprawling Hampstead homes, they could afford to be. Buruma cites several examples of his grandparents being “easily embarrassed” by Jews of a different social class who were too obviously Jewish — and by extension, insufficiently British — for their tastes.

Bernard and Win Schlesinger are appealing characters whose personalities come through in their many decades of correspondence, but “Their Promised Land” is best when it explicitly explores the friction between Britishness and Jewishness, between national loyalty and “tribal, or ethnic, or official religious identification,” between that old, old desire for belonging and the inevitable necessity of “standing at an odd angle” from the only world you’ve ever known.

Laura Moser is a Washington, D.C.-based critic who writes about education for Slate’s Schooled blog.

How Jews Found ‘Promised Land’ by Being British