Was This Hippie Yenta the Zelig of Rock ‘n’ Roll? 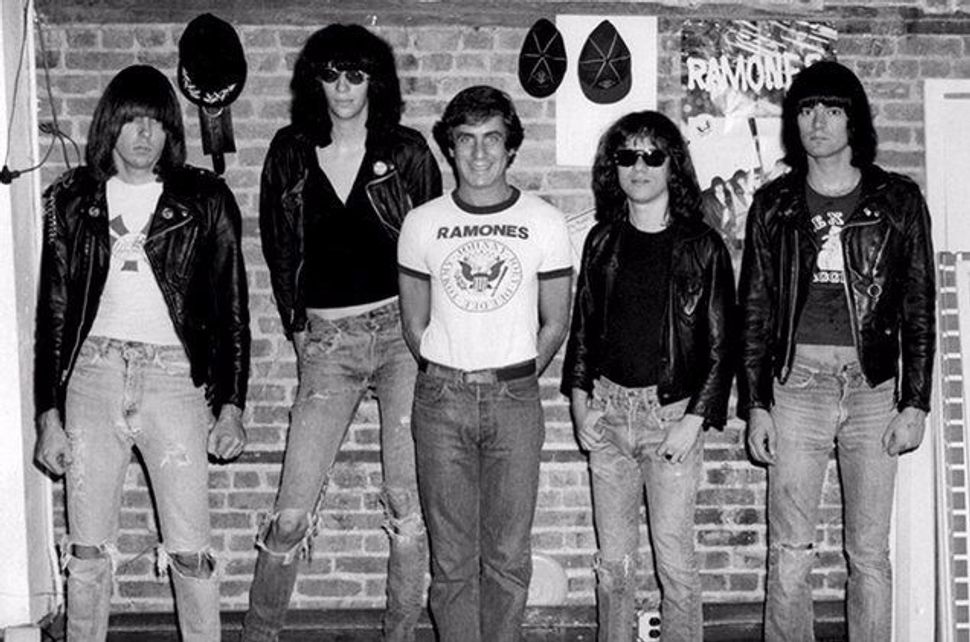 Image by Courtesy of the film Danny Says

Reading between the lines of the new documentary “Danny Says,” about music industry insider Danny Fields, it’s not quite clear if Fields was simply a Zelig of rock ‘n’ roll — linked in one way or another to the Beatles, the Doors, Cream, Lou Reed, Iggy Pop, MC5, and the Ramones — or a phenomenal talent scout who made connections and midwifed careers enough times to be considered one of the greatest movers and shakers in rock history.

The evidence, such as it is, and such as the doc, in all its hagiographic glory, wants you to believe, is that variously as a writer, editor, radio DJ, publicist, record company honcho, talent manager, and all-around man-about-town, Fields had a hand in everything from the Beatles’ decision to stop touring in the wake of John Lennon’s controversial statement that the group was more popular than Jesus – an overlooked claim that Fields, as editor of a teen-pop magazine, magnified when he put it on the front page — to the creation of punk rock, first in his “discovery” of Detroit-based proto-punks the MC5 and the Stooges and then to his subsequent “discovery” and essential role in the signing and managing of seminal punk group the Ramones.

In its relentless focus on its subject to the exclusion of others, “Danny Says” does a great job of putting Fields — the underground “mayor of New York,” according to one of dozens of talking heads interviewed in the film – at the center of downtown rock, in spite of the fact that with very few exceptions, his achievements until now have mostly gone unheralded.

Those exceptions, however, include the Ramones’ own tribute to Fields that lends its title to the documentary. The first line of “Danny Says” by the Ramones is “Danny says we gotta go / gotta go to Idaho,” before the song turns into a typical number about what a drag it is to be on the road and away from one’s home and girlfriend.

If one can overlook the inflated claims of Fields’s significance to rock history and instead just enjoy Fields for the wacky character that he was and still is, “Danny Says” becomes much more successful both as a film and as a portrait of a gadfly. Interviews with the likes of Iggy Pop, Alice Cooper, Judy Collins, Tommy Ramone, Lenny Kaye, Wayne Kramer, and John Cameron Mitchell lend color to the story of a particular time and place – underground New York in the 1960s and 1970s, and Fields’s presence as both a scenester and, as one interviewee calls him, a “translator” and a “catalyst.”

One does get a sense of how flamboyant — almost outre — a character Danny was, both as a Jewish dropout from Harvard Law living the bohemian life, and as an openly gay man at a time when this was still the exception rather than the rule.

Finally, it isn’t lost on the discerning viewer that Fields – born Daniel Feinberg in Brooklyn, raised in Richmond Hills, Queens, and a Phi Beta Kappa graduate of University of Pennsylvania – played a significant role as a surrogate son to Jewish label owners including Jac Holzman of Elektra Records, to whom he brought the MC5 and Iggy and the Stooges and for whom he shepherded Jim Morrison until he couldn’t stand him anymore (the feeling was mutual), and Seymour Stein of Sire Records, who – according to the film – he convinced to sign the Ramones.

Both Holzman, who calls Fields “a hippie yenta,” and Stein speak warmly of Fields in the documentary, and it’s clear that he served an important role for them in providing access to a world whose doors weren’t directly open to men of their generation.

Or, as Holzman puts it, “Danny stayed out much later than we did.”

Seth Rogovoy is a contributing editor to the Forward. He is a recipient of a 2016 Simon Rockower Award from the American Jewish Press Association for excellence in arts and criticism.

Was This Hippie Yenta the Zelig of Rock ‘n’ Roll?