What Did Alan Greenspan ‘Know’? 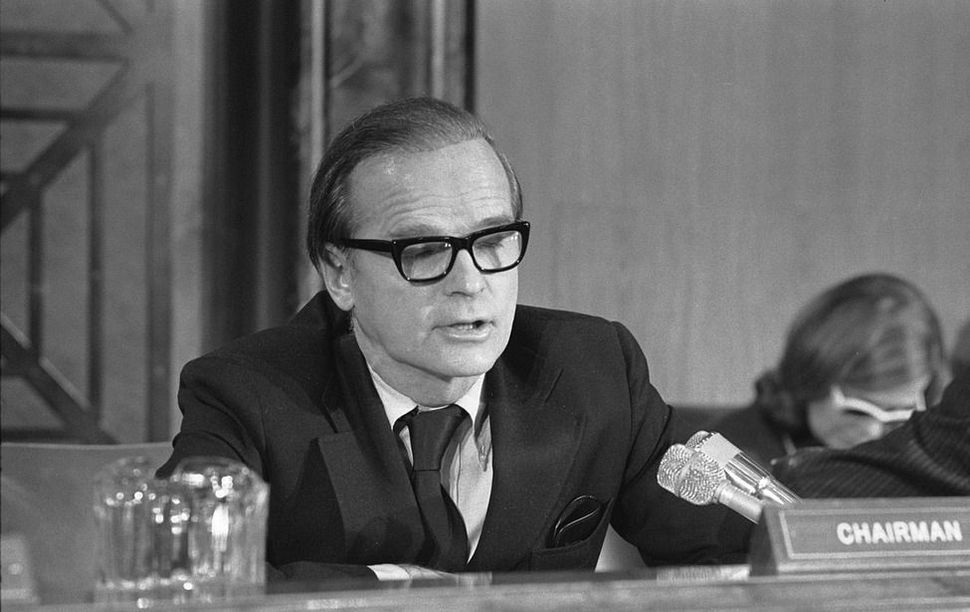 The author is a Reuters Breakingviews columnist. The opinions expressed are his own.

Alan Greenspan has been many things to many people. In monetary policy, he was the patron saint of central bankers or a sinner who brought about the global financial crisis, depending who made the assessment and when. In life, he was a doting son, a jazz musician, a wealthy denizen of Wall Street with a penchant for lavish cars, a political hack under several presidents and half of at least two Washington power couples.

His record during more than 18 years as Federal Reserve chairman, in particular, is easily and often oversimplified. Sebastian Mallaby’s new biography, “The Man who Knew,” makes a meticulously researched effort to identify all the shades of gray. The cover calls the book “magisterial,” and its breadth and depth certainly make it authoritative. With books, the word is often code for “long,” and Mallaby’s is that, too, at 700-odd pages, excluding notes.

It’s also a fascinating tale, well written. Greenspan’s time at the Fed is the heart of his legacy, but his vivid personal and professional lives and decades-long immersion in U.S. politics are the surprises.

Along the way there are jarring reminders that in economics and in central banking, cycles bring similar challenges at more or less regular intervals, and the answers remain unknown. Among Greenspan’s reading when at New York University, where he arrived in 1945 after touring for a while playing clarinet and saxophone with Henry Jerome’s big band, was the work of Alvin Hansen, a Harvard economist.

Hansen feared that 19th-century economic forces such as population growth, railroad expansion and the opening of America had exhausted themselves, according to Mallaby. “Weak private demand and excess saving had become a structural malaise,” he writes. Full employment and inflation would never return. That they did serves as a present-day rejoinder to the gloomy “secular stagnation” hypothesis espoused by Larry Summers, another Harvard economist (and one who features later in Mallaby’s book).

Much later at the Fed, Greenspan and a senior researcher, Mike Prell, disagreed about the cause of low long-term interest rates. The chairman had recently told then President-elect Bill Clinton that they originated from low inflation expectations, which would follow from disciplined fiscal policy. Usually a great believer in data, Greenspan seems to have intuited this, or chosen to believe it, rather than finding the evidence.

Prell went off and did the work, and concluded that a major reason for low long-term rates was persistently low short-term rates. So if the Fed kept overnight policy rates down, investors would eventually start to believe they would endure, and long-term rates would become subdued, too – essentially creating a bond bubble and the risk of a big correction when the central bank did finally hike short-term rates. Today’s Federal Open Market Committee under Chair Janet Yellen might take note of the kind of distortion Prell feared if policy rates are kept too low for too long.

That said, Greenspan never got stuck on simplistic economic models. One refreshing objection was that the real-world economy is complex and constantly changing. So even if someone found a reliable mathematical relationship, it would soon be overtaken by shifts in what was actually driving the economy. Moments of genius, including an insight into previously unseen productivity gains, stemmed from this unwillingness to accept a static view.

Mallaby charts Greenspan’s evolution from an objectivist disciple of novelist Ayn Rand – someone who would never have countenanced bailing anything or anyone out – to a much more liberal and pragmatic figure who presided over rescues of U.S. financial institutions, a near-bankrupt Mexico and, to some extent, Asian governments in the late 1990s.

More problematically, the author also shows Greenspan increasingly confident in his own insights, and toward the end of his tenure at the Fed in early 2006, insufficiently alert to the developing housing-finance bubble, which soon collapsed and brought the global meltdown of 2007-2008.

Perhaps what happened was that the chairman’s evolution simply continued. Mallaby illustrates how, earlier in his career, Greenspan felt it was the Fed’s job to prick asset-price bubbles, but latterly he focused on targeting inflation and worried less about the “irrational exuberance” to which he had once drawn attention. He spotted the danger posed by the highly leveraged government-backed mortgage-finance enterprises known as Fannie Mae and Freddie Mac. His effort to rein them in, however, fell far short of what would have been possible with his store of political capital.

And of that there was plenty. “The Man who Knew” documents Greenspan’s career in a range of capacities under Presidents Nixon, Ford, Carter, Reagan, Bush, Clinton, and a second Bush, after building a reputation as an economic consultant on Wall Street. For Richard Nixon, he served as a kind of campaign guru, crunching polling numbers with early computers to extract the kind of specific information that is now commonplace but was then novel.

Thereafter, in one capacity or another he advised on policy and, eventually, landed at the Fed. For a shy individual who professed to be a sideman rather than a star, he proved extremely adept at political maneuvering, and managed to keep his fingerprints off machinations that sometimes came pretty close to dirty tricks.

Having found himself at odds with Henry Kissinger early on suggests Greenspan was, on balance, one of the good guys. Still, he was highly attuned to politics and pragmatically allowed the Washington currents to influence his policy choices at the Fed, at least at the margin. He wasn’t one to let a president push the Fed around, but neither was he an entirely independent thinker in an ivory tower.

Greenspan was, for a long period, wedded to his various jobs. He was, however, also rich, successful and ultimately powerful, and he was far from averse to courting handsome women in New York and Washington.

After gently letting down one longtime girlfriend in what Mallaby calls a “well managed soft landing” he met and romanced television newswoman Barbara Walters. Eventually, with what appears to have been some degree of overlap, he started dating Andrea Mitchell, an NBC reporter. A dozen years into the relationship, he proposed in a way that Mitchell recalled was “as ambiguous as some of his testimony before government committees.”

They married in 1997, Greenspan’s second time, after living as a bachelor from the ages of 27 to 71. Mallaby attributes the lifestyle not only to his focus on his work but also to his close relationship with his mother Rose, who died in 1995. Greenspan’s family history, from his birth in New York’s Washington Heights in 1926, is another enlightening part of the story.

At the Fed, Greenspan turned a secretive policy process into one that now involves an abundance of communication – not always productive – with the public and with market participants. As with his politics, though, he often managed to obfuscate his real meaning. “If I seem unduly clear to you, you must have misunderstood what I said,” he once famously remarked. Mallaby’s book, which he says Greenspan read and told him with a chuckle was “perhaps more accurate than positive,” reveals an extraordinary man in all his complexity.

The views expressed in this article are not those of Reuters News.

What Did Alan Greenspan ‘Know’?