Remembering Jesse Zel Lurie, Witness To A Century Of History 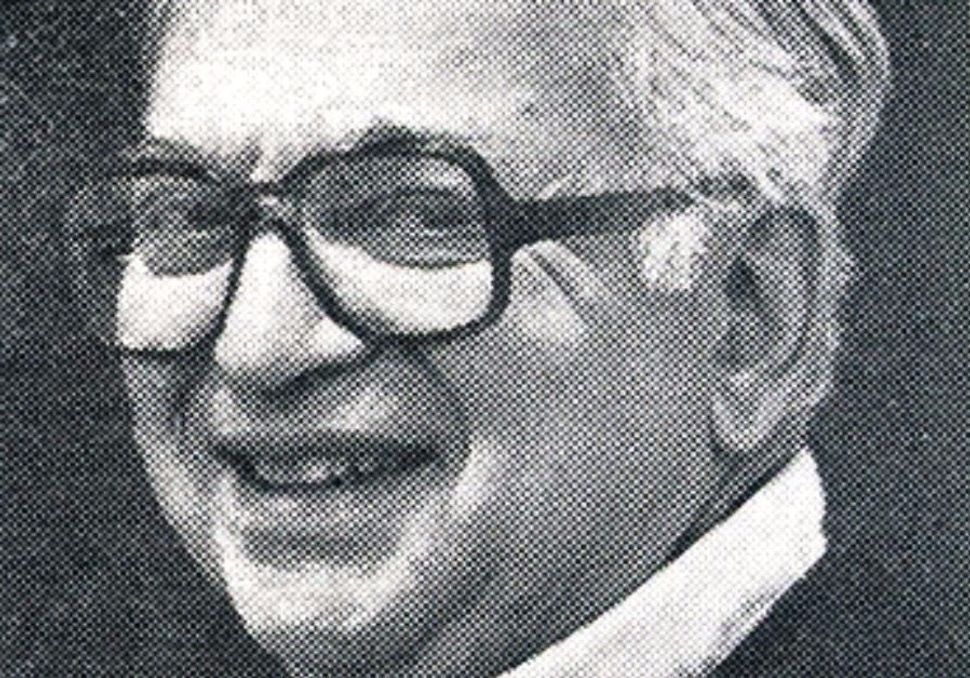 Jesse Zel Lurie, who died in Florida on April 10 at age 103, proved that there was nothing like being on the spot to advance a journalistic career. New York-born in 1913, he made Aliyah in the 1920s and attended high school in Haifa. In 1935, he started writing for The Jerusalem Post, then known as The Palestine Post, which his brother Ted Lurie edited. Lurie served as executive editor of Hadassah Magazine from 1947 until 1980 and its publisher from 1980 to 1984. He remained active, writing for the South Florida Jewish Journal and San Diego Jewish Journal, where his last article appeared in January.

Along the way, he never lost sight of the significance of being a witness, as in an early article for Jewish Digest in July 1941 about Iraqi Jews. Traveling onsite, Lurie described the situation of Iraq’s remaining Jews: “The feeling of insecurity prevails. The hopes of ‘assimilation’ are lost. Only few of the younger generation think of their future in Iraqi terms. Many hope that there may be the possibility of going to America at the end of the war. Many dream of Palestine and make desperate attempts to know something about Jewish renaissance, whose message was prevented from reaching them for years.”

In 1945, as Lurie later told the American Jewish journalist I. F. Stone’s biographer D. D. Guttenplan as executive director of Americans for Haganah, he had introduced Stone to Teddy Kollek, future mayor of Jerusalem and then-Haganah representative in New York. At the time, Lurie wrote for different periodicals, including The Jewish Veteran, published by the Jewish War Veterans of the USA. In January 1947 he penned a searing editorial under the eye-catching headline: NAZI INVASION OF THE U.S. It began:

“In May, 1945, Dr. Werther von Braun, leading Nazi scientist, fuehrer of the Peenemunde rocket experimentation laboratory, who laboratory, who convinced Hitler to devote the major allocation of funds for war research on rockets rather than atomic energy…”

Either Lurie or his editor at Jewish Veteran confused the hero of Goethe’s novel “The Sorrows of Young Werther” with the onetime Nazi aerospace engineer Wernher von Braun. Lurie declared that von Braun, along with other former Nazi scientists, should not be allowed to “take on the camouflage of American citizenship, infiltrate the American universities and large industries, and bide their time until Germany is ready to strike again.”

Although recent research shows that von Braun was indeed comfortable with Nazism until late in the war, after Hitler’s defeat he showed no signs of trying to resurrect the Third Reich. Still, given the historical context, vehemently expressed opinions and dreading the worst were justified. In April 1947 Lurie wrote to his brother Ted about the Irgun, as cited by the historian Giora Goodman, that “stories of bombs and terrorism” made the press in America, but the “average American” was “indifferent… to about his work as head of public relations for the Haganah after World War II:

“My chief function was to attack Peter Yitshaq Ben-Ami, a Bergson colleague, complained that “in the American Jewish Congress weekly, the ‘Jewish Frontier,’ and in other establishment publications, … Jesse Zel Lurie, and others accused the ‘Bergson Group’ of all the usual deadly sins. We were charged with hoarding hundreds of thousands of dollars…”

Lurie could also be a beguiling advocate, willing to participate in hype. Reviewing Otto Preminger’s movie “Exodus” in The Jerusalem Post in December 1960 under the banner headline “Preminger’s ‘Exodus’ Beats Book: Magnificent Four-Hour Film is More Accurate Story,” Lurie split hairs by announcing, “Of course ‘Exodus’ in 1969, offering workout tips with such fervent Yiddishkeit that his book was repeatedly cited in the 2007 study, “Muscular Judaism: The Jewish Body and the Politics of Regeneration.”

Beyond muscles, Lurie remained a valuable onsite observer, and his reportage on Soviet Jewry from 1974 for New World Outlook magazine was later excerpted in “Jewish Culture and Identity in the Soviet Union.” Although banned from organizing or gathering in large groups, in the 1970s Russian Jews would meet in the street after synagogue services: “Several hundred middle-aged and elderly men folded up their prayer shawls and, joined by a sprinkling of women, streamed into the streets. But they did not go home. This was Moscow Jewry’s social hour. They talked and talked in Yiddish and Russian, joined by an equal number of young people who had not attended the services. The street was packed from sidewalk to sidewalk and the occasional car or truck had to crawl through the mass of humanity. This is the first small step toward the dangerous and irrevocable act of asking for an exit visa for Israel.”

Back home, Lurie could be a stickler for editorial policy at Hadassah Magazine, as the cookbook author Joan Nathan later recalled In 1979, when she heard that an excerpt about hamantaschen was to appear in Hadassah Magazine, Nathan mused: “Hamantaschen? For years I had been pitching food stories to no avail to Hadassah Magazine’s then-editor Jesse Zel Lurie. He told me repeatedly that he did not want to feature food in the magazine. So I called him to ask why the sudden turnaround with an excerpt from The Jewish Holiday Cookbook. He paused, then said in his gruff Brooklyn accent: ‘Well, I like hamantaschen, I like Purim and I like you.’”

To a visitor last December representing [Neve Shalom (Oasis of Peace), also known as Wāħat as-Salām](Oasis of Peace “Neve Shalom (Oasis of Peace), also known as Wāħat as-Salām”) a cooperative village jointly founded by Israeli Jews and Arabs to demonstrate social harmony, a cause he had long supported, he echoed his letter to his brother written seven decades before about American indifference: “Everyone is Jewish here, but no one cares about the Middle East anymore… It’s not a matter of hope and despair. They were never interested in it. Most of the Jews here don’t care what’s happening over there. Those who were already involved have only become more involved and extreme, that’s all.”

Rejecting indifference himself, last April Lurie posted a story on the Jewish Currents website about a happily-ever-after romance between a woman of Polish Jewish origin and an Arab American, both Cornell graduates. His eupeptic views, shared by many people who survive past their centenary, extended to the complexities of the Codex Cairensis (Cairo Codex of the Prophets), a Hebrew manuscript containing the complete text of the Hebrew Bible Nevi’im (Prophets), still embroiled in controversy over its authenticity after radio-carbon dating. In May 2014, at age 100, he flew to Israel to pursue the story. For some reporters, the journalistic urge never ceases.

Remembering Jesse Zel Lurie, Witness To A Century Of History