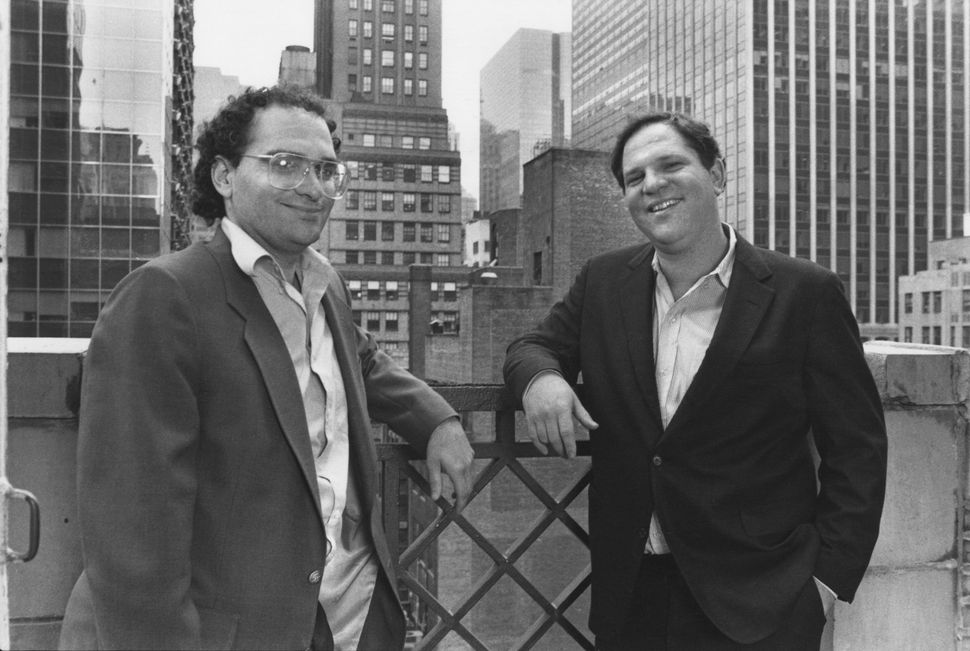 For most Americans, the words “Hollywood” and “légion d’honneur” bring to mind “The Revenge of the Pink Panther.” Among the movie’s classic scenes is when Peter Sellers’s Inspector Clouseau is awarded the medal. By turns, Sellers punctures a drum when he draws his sword, flails at a pigeon perched on his kepi, and becomes entangled with the French president’s tie when the latter pins the medal on his uniform.

But that brilliant bit of slapstick on the award now gurgles below the spreading stain of the Harvey Weinstein affair. During a televised interview last Sunday, French President Emmanuel Macron announced that Weinstein, who had received the honor in 2012, would be shorn of his medal. “Since his acts were dishonorable,” Macron observed, “we will draw the appropriate consequences.”

Given the magnitude of Weinstein’s woes — he has been successively booted out of his own film company, the Motion Picture Academy and his house — does such a bauble count for very much when the repo men from the Elysée come calling?

Napoléon Bonaparte certainly thought so. Having created the Légion d’honneur, the emperor saw that it was good. “With such baubles,” he observed, “men are led.” According to Alice Bouteille, an official with the Grand Chancelier de la Légion d’honneur, one earns this particular bauble — which comes in five models, ranging from chevalier to grand-croix — by rendering a significant service to France. more than a million men (and much more recently) women have had it pinned to their chests since 1802. Today, there are more than 90,000 living members of the Légion d’honneur.

Clearly, France has been served often. It is less clear, though, if she has always been served well. Weinstein is not the first to experience this symbolic degradation; in fact, he is only the most recent member of the club where no one else would have you as a member: les ex-legionnaires d’honneur. In 1945, Philippe Pétain, head of the anti-Semitic and collaborationist Vichy regime, was stripped of his grand-croix. (At the same time, he was given what remained of his life when Charles de Gaulle commuted his death sentence to life imprisonment). In 2005, retired general Paul Ausseresses was bounced out of the legion d’honneur after acknowledging (and justifying) the acts of torture he oversaw during the Algerian war of independence. Though his crimes hardly measure up to those of his fellow club members, Lance Armstrong lost not only his seven Tour de France trophies, but also his legion d’honneur in 2014 when he was found guilty of doping charges. (If chutzpah were a criminal offense, Armstrong would also have been guilty as charged.)

But the criteria for revoking the legion d’honneur are less black and white than shifting shades of grey. It turns out that honor is as divisible as, say, one’s standing as a human being in our own Constitution. Among those who remain legion members is Syrian president and war criminal Bashar al-Assad. In 2001, when then-President Jacques Chirac bestowed the grand-croix on the Syrian leader, he kept the ceremony secret not just from the public, but even from his Socialist prime minister, Lionel Jospin. The reason, no doubt, was not because Chirac expected a mad rush for tickets. In 2006, Chirac doubled down by awarding a grand-croix to another president and war criminal, Russia’s Vladimir Putin. Unlike Assad’s stealth pinning, Putin’s ceremony was public enough to earn a review from Reporters Without Borders, noting that Putin was responsible for “the dismantling of civil liberties in Russia, the muzzling of the press and the politics of terror in Chechnya.” Still no word from the Elysée Palace if Russia’s subsequent activities in Crimea, eastern Ukraine and Syria, not to mention Russia’s meddling in the American elections, will lead to revoking Putin’s medal.

Of course, this particular panier des déplorables is nearly bottomless. It includes the dead — ex-duce Benito Mussolini, for example — as well as the living (consider the dozens of presidents for life in France’s former African colonies.) The justification for such honors is that, along with rewarding those who have honored France, the legion d’honneur also serves as a diplomatic tool. Of course, one might well wonder what crimes Assad or Putin would have committed had they not received the grand-croix. Nevertheless, the potency of this particular instance of soft power remains in doubt. As for what is potent, we need only turn once again to Napoleon: “There are only two forces that unite men: fear and interest.”

Looking back at Weinstein’s reign of terror in Hollywood, it is now clear he was especially adept at wielding both fear and interest in his relations with countless women over the decades. But it has also become clear that he was not especially unique, or even uniquely American in his behavior. The Weinstein affair has spilled across the Atlantic, washing up on France’s shores. There is, of course, the growing list of French actors — including Léa Seydoux, Eva Green and Judith Godrèche — Weinstein appears to have assaulted. And if the chauffeur who drove Weinstein to his various assignations in Cannes is truthful, the list of Weinstein’s victims is longer than the credits at the end of a Miramax movie.

But as the actor Isabelle Adjani pointed out in a scathing op-ed, French film directors and producers are simply more cunning than Weinstein. In this world, she declared, “c’est normal” when an actress is forced to have sex in order to succeed. The director of “Amélie,” Jean-Pierre Jeunet, echoed Adjani’s remarks. The sole difference is one of magnitude: there is no room in the French film industry for near-omnipotent producers.

Not surprisingly, in the nation that has given us the Dominique Strauss-Kahn and the prosecutors who dismissed as “consensual” the rape of an 11 year-old girl by a 28 year-old man, sexual harassment and assault is not limited to the film industry. The French remake of #metoo — #balancetonporc, or “out the pigs” — which first began as a lark, has attracted tens of thousands of declarations by women who have had similar experiences in a variety of workplaces. France’s first lady, Brigitte Macron,has applauded these women: “They are very courageous and I urge others to break the silence.” While her husband’s government has just proposed new laws aimed at sexual harassment, it is impossible to imagine Melania Trump’s husband leading a similar effort.