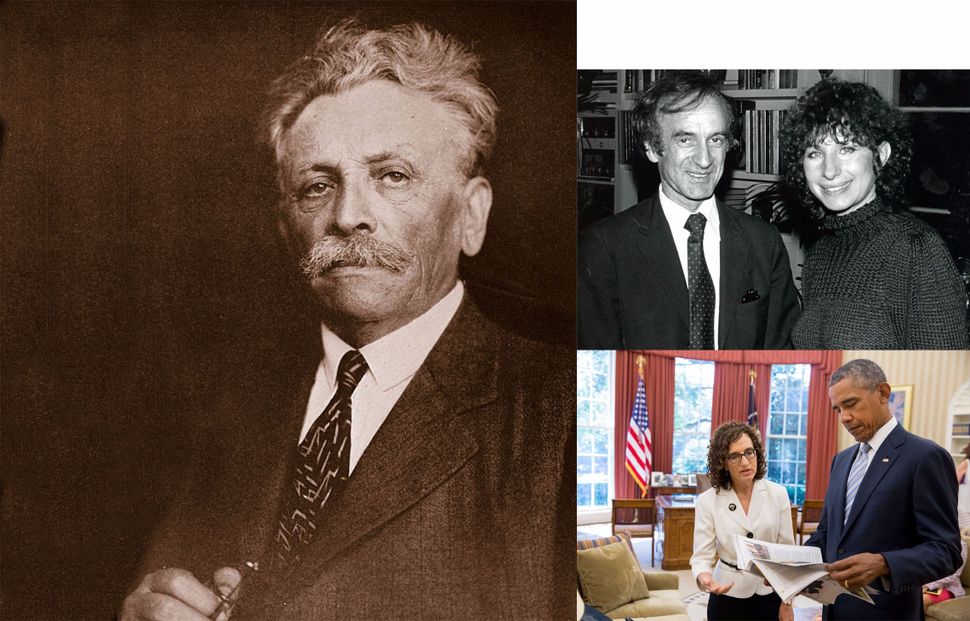 As the Forward celebrates its 120th anniversary, we’ve wondered:

What would our founder, the fiercely independent Ab Cahan, think of the Forward now? How would the restless mind behind the pioneering Yiddish broadsheet see today’s 24/7, digital-first news operation and acclaimed monthly magazine? 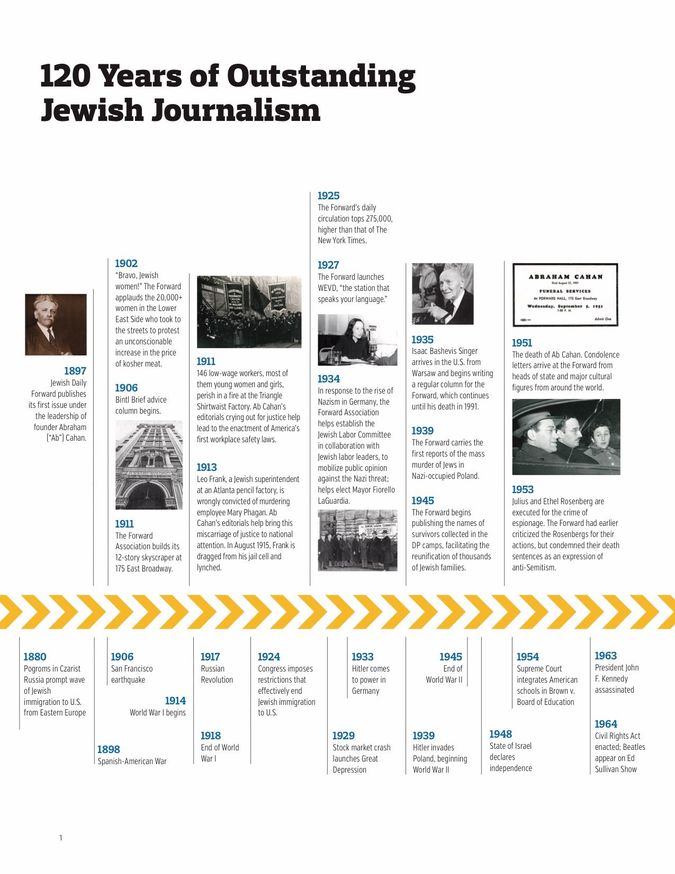 Cahan launched the Forward in 1897 — a moment that echoes our own, with many immigrants insecure in their new homeland. Along with advocating for social justice, the Forverts — as it was then called — strove to help Jewish newcomers mainstream into American life. The legendary “Bintl Brief” column, which began in 1906, gave advice to the lovelorn, lost, and homesick — and provided a compass to the New World for its readers.

By 1925, as its profile grew, the Forward’s daily circulation topped 275,000 — more than The New York Times. Going multimedia before the term existed, the Forward expanded its brand to radio with WEVD, “the station that speaks your language.” Between the newspaper and WEVD, nearly every luminary in Jewish literature became a contributor, including Isaac Bashevis Singer — whose Forward column ran until his death in 1991 — and Elie Wiesel. Wiesel himself reported from the Six-Day War in a now—famous series of Forward dispatches from Israel.

Through the 1970s and ’80s, the Forward remained tireless in its commitment to reporting on politics and social justice — from the 1970 Kent State shootings to the plight of Soviet Jews into the 1980s. In 1983, with generational shifts reshaping Jewish-American life, it became clear the Forward needed to broaden its reach beyond Yiddish-speakers. The paper launched an English-language section, and cut the Yiddish daily’s frequency to weekly. By 1990, with an eye on the future of American Jewish journalism, the English Forward itself launched as an independent newspaper. Led by Seth Lipsky, followed by the esteemed JJ Goldberg, the Forward elevated its “newspaper of record” status among cultural media in the US.

Change came full circle in 1996 with the launch of Forward.com, which would go on to win multiple awards and global audiences.

The 21st-century Forward continued Cahan’s tradition of serious journalism with a social conscience. In 2006, reporter Nathaniel Popper — now at The New York Times — broke news on labor and food-safety violations at the Agriprocessors slaughtering plant in Postville, Iowa. His stories led to federal investigations and prosecutions of company owners.

Under Jane Eisner, who became the Forward’s first woman editor-in-chief in 2008, that dedication has become even fiercer. Among the Forward’s many achievements under her leadership: Eisner’s 2015 face-to-face with then-President Obama, an exclusive for Jewish media; Larry Cohler Esses’ 2015 reports from Iran, the first by a Jewish-press journalist since 1979; and 2017’s explosive stories on Sebastian Gorka, the White House adviser with links to anti-Semitic right-wing groups in his native Hungary. The Forward’s reporting helped spur Gorka’s ouster.

In 2016, on the eve of its 120th anniversary, the Forward achieved another milestone. Along with Eisner, women are running the show for the first time in the organization’s history. Publisher Rachel Fishman Feddersen continues to turbocharge the Forward’s already-strong digital news operation; Rukhl Schaechter is taking the Yiddish Forverts into the next century as a pop-savvy celebration of Yiddish. 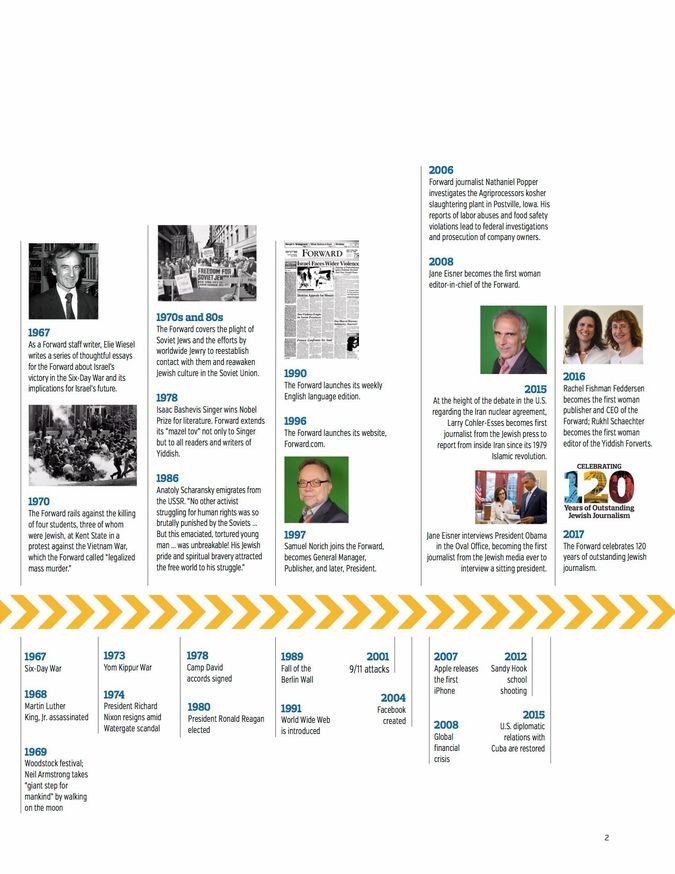 Today, Forward.com attracts over 2 million monthly unique visitors — and traffic has increased 60% year over year. NPR’s David Folkenflik this year called the Forward “a small publication with an outsized influence.”

Media analyst Ken Doctor told The New York Times this year that the Forward brings “what no one else can sell, and they can bring it and bring it, day after day. They delve into things that are really in the background for others.”

With that in mind, what would Ab Cahan think of the Forward today?
With all due modesty, we think he would kvell. And then tell us to get back to work.

Click here to see a large version of the timeline