A King Who Saved Jews From The Holocaust: Remembering Michael I Of Romania 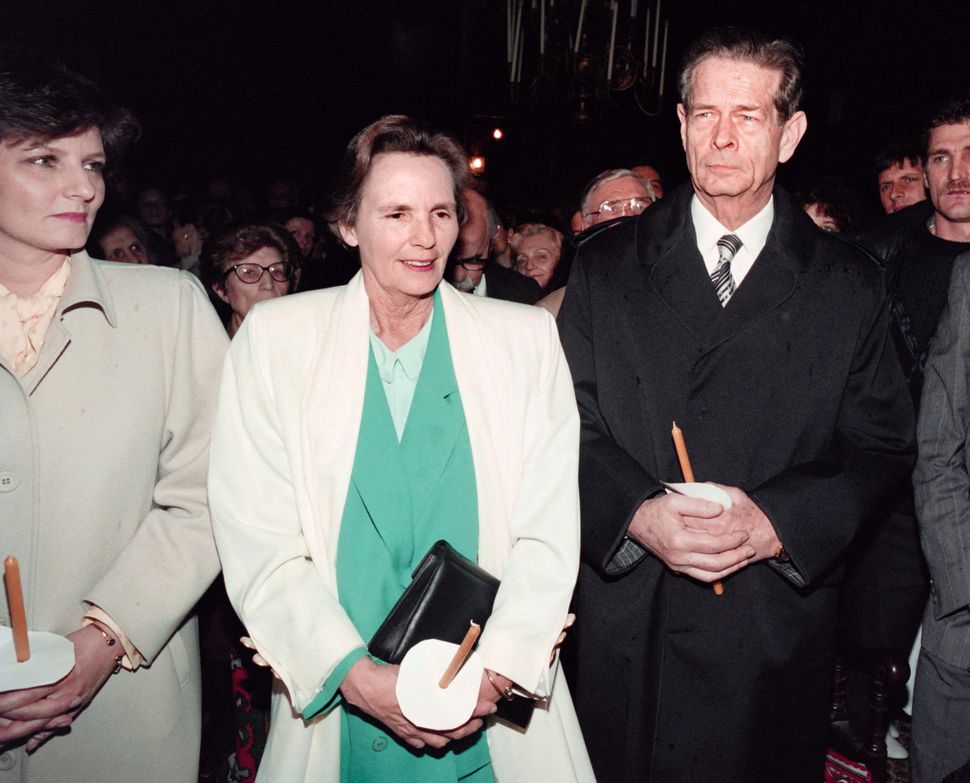 King Michael I of Romania, who died on December 5 at age 96, proved that being a mama’s boy can result in a mitzvah. Three-quarters of a century ago, he defied his country’s Hitler-allied Prime Minister, Ion Antonescu, and worked to save hundreds of thousands of Jews from the Holocaust.

Through the cooperation of Antonescu, Romania’s Prime Minister during most of World War II, over 270,000 Romanian Jews were killed or died from mistreatment during the Holocaust. Yet as historian Radu Ioanid has noted, around 300,000 Romanian Jews did manage to survive the war. 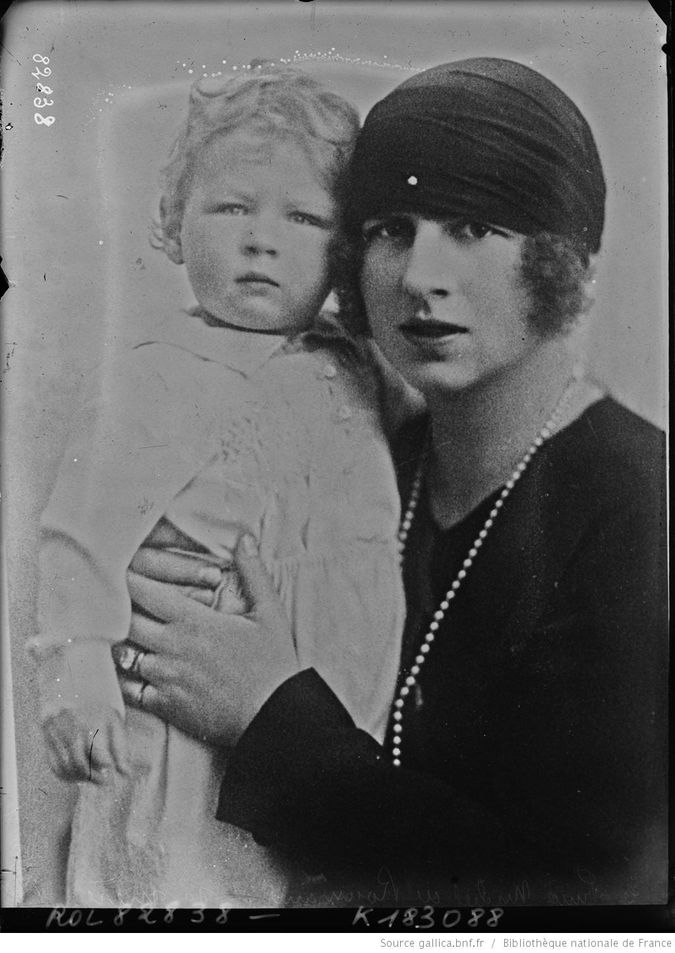 Princess Helen of Greece and Denmark, Queen Mother of Romania, pictured with the future King Michael I in 1922. Image by National Library of France/Wikimedia Commons

They did so in part due to persistent efforts by King Michael, following the stalwart resolve of his mother, Princess Helen of Greece and Denmark, Queen Mother of Romania, who decades later was included among Yad Vashem’s Righteous Among the Nations. As his biographer Ivor Porter describes, both King Michael and his mother used their public status to act as humanitarians after his father, King Carol II of Romania, abdicated in 1925 while indulging in an affair with Magda Lupescu, the daughter of a Jewish pharmacist. In the summer of 1941, when the Jews of Besserabia, Bukovina, and Dorohoi were deported, Alexandru Șafran, chief rabbi of Romania, asked Patriarch Nicodim of Romania, head of the Orthodox Church, to intervene. General Antonescu was deaf to any pleas, so Patriarch Nicodim turned to the Queen Mother, who implored Antonescu, along with others, to stop the deportations.

These entreaties were at first unsuccessful, although a few Jews were saved, including the literary historian Avram Lazarovici, who published under the pen name Barbu Lăzăreanu. After further untiring interventions, the Queen Mother managed to persuade Antonescu to permit medical aid, clothing, and food to be sent to deported Romanian Jews imprisoned in ghettos and camps. Before these events, Michael, who in 1941 was 20 years old, was a young man mainly preoccupied with fast cars; at age sixteen he had accidentally killed one of his subjects in a road accident that would be hushed up for decades. Yet responding to the relentless arguments of his mother, Michael’s viewpoint matured rapidly in an era of crisis. By 1942, the Nazi Gustav Richter, an aide to Adolf Eichmann, expressed his concern about the Queen Mother’s growing influence over her son in an official communiqué:

“Queen Mother told the King that what was happening to the people in this country was awful, that she can no longer stand this, all the more so that her name and the King’s will be connected with the murders of the Jews and so she can expect to remain in history as the mother of ‘Michael the Terrible.’ She threatened the king in earnest that unless deportations stop immediately, she would leave the country.”

Over a half century later, in an interview with the United States Holocaust Memorial Museum (USHMM), King Michael showed that this maternal warning was indelibly etched in his memory: He recalled her ultimatum that if he did not “say something and try and alter this, I’ll be known as ‘Michael the Bad.’” The combined pressure from mother and son on Antonescu had some positive results; by 1943 and early 1944, thousands of deported Romanian Jews, including many orphans, were permitted to return to their homes. As King Michael informed the USHMM, their initiative to help the Jews “did work to a certain degree,” although the Queen Mother’s “position was getting rather dangerous, from the German point of view.” Why did they make a point of going against the tide of Romanian nationalist anti-Semitism? King Michael explains simply that his mother was “completely distressed” about the persecution, since the Jews “were human beings like us.”

King Michael may have also been motivated to counter the Nazis’ loathing of his father for publicly flaunting an alliance with a Jewish mistress. Yet his father was absent and uninvolved on this issue, among many others. The former King Carol II of Romania appeared to be completely uninterested in the Holocaust. King Michael recalled that his father “never talked about [the Jews]. Not a word.” By contrast, the Queen Mother was imbued with a “very, very deep religious feeling. She was more — let’s say more Christian than religious, inspired by her family. A very, very strong moral sense, and these sort of things that were going on, just — she could not take them.”

In 2001, Michael offered some thoughts on why he, like his mother, was spurred to advocate for his Jewish subjects:

“[The] Romanian people are not the kind who want to go around and do these sort of things [the Holocaust]. It’s not in their character. Whether they like the Jews or not like them, that’s beside the point. The fact is that they — it’s not in the character of Romania, at least at that time… in a way we had the moral backing from the feelings in Romania about this thing, that’s perhaps why my mother had a little more courage to fight it out, and I too.”

Rabbi Şafran was far from the Royal Family’s only informant about the tragic events of the Holocaust. Wilhelm Filderman (1882–1963) leader of the Romanian Jewish community and representative of the Jews in the Romanian parliament, also kept them apprized, as did Max Auschnitt (1888 – 1959), a noted Romanian Jewish industrialist. By 1944, King Michael, by then in his early twenties, was able to order the arrest of Antonescu and persuade the Romanian army to switch alliances and oppose the Nazis. Listening to Jews at a time of unprecedented danger and acting in a relentlessly benevolent way, King Michael and his mother surely deserve the accolade of Righteous.

A King Who Saved Jews From The Holocaust: Remembering Michael I Of Romania