On British TV, A Renaissance For Jewish Characters 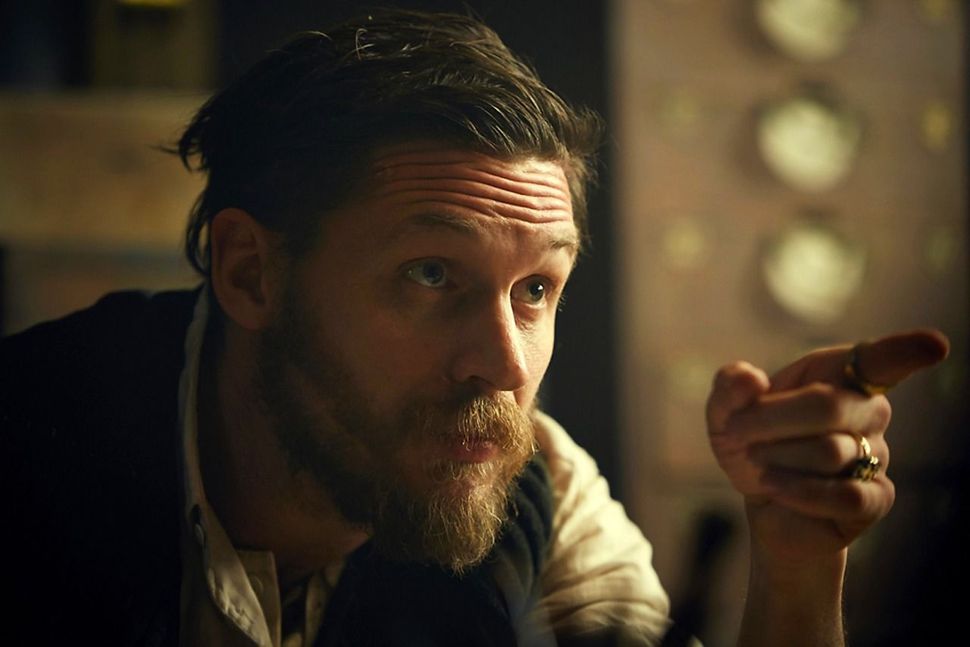 For years, British television has been blighted by stock-in-trade Jewish stereotypes. Audiences have had to endure legions of Jewish mothers, Hasidim and Jews who sound like they got off the boat in 1910 whether they’re 10 or 110, and whether it’s 1910 or 2010!

Part of the reason for this is that Jewish creatives have been scared to put anyone on television whom the general non-Jewish public, of which many have never met a Jew, might not instantly recognize as being Jewish. So, stereotypical garb — shtreimel, caftan, beard, peyes, Eastern European accent and, to top it off, ubiquitous klezmer music — typically codes Jewishness TV. And performers who were obviously Jewish were usually the ones to play Jewish characters.

These elements still endure to some extent — why get rid of a bad thing? A recent example is “Canvey: The Promised Land,” a documentary that aired on the BBC about a group of Hasidic Jews moving to an island on England’s east coast — one of the places that voted with the highest proportions to leave the European Union.

But a sea change is occurring. The number of Jews, both fictional and real, is exploding on our screens, right in front of our eyes. They’re not clichéd. They sound like they were born and bred in Britain. And — shock, horror — some of them are even played by non-Jews! So now, in terms of both looks and speech, they are virtually indistinguishable from gentiles.

“McMafia,” a brand-new BBC series about international criminal gangs, stars James Norton as Alex Godman, the scion of a Russian Jewish family with links to organized crime. Norton is Roman Catholic and hence does not look or sound stereotypically Jewish. Indeed, one wouldn’t even know his character was a member of the tribe without being told explicitly. Hotly tipped to be the next James Bond, Norton appears to be building on the trail blazed by 007’s current incumbent, Daniel Craig, who previously played a Mossad operative in “Munich” and a Jewish partisan in “Defiance.” Jewish comedian David Baddiel has complained on Twitter about Norton’s casting, but then again, Baddiel has been partly responsible for some of those older stereotypes I mentioned at the outset.

Another violent gangster is Alfie Solomons in the BBC period drama “Peaky Blinders.” He leads a gang of Orthodox Jews — they wear yarmulkes and tzitzit — that smuggles rum, and he engages in other enterprises. Solomons is portrayed by the non-Jewish actor Tom Hardy, who plays the role in a superbly, spittle-flecked, foul-mouthed fashion. He thinks nothing of using the C-word. He is more Walter Sobchak in “The Big Lebowski” than Tevye in “Fiddler on the Roof,” and sounds finally like he comes from north London in 2018.

On the other side of the law, “WPC 56,” a police drama, revolves around the first female police officer — WPC stands for woman police constable — who joined the constabulary in 1956. The series features Detective Inspector Harry Sawyer (Olly Rix). The character is British born, from Birmingham, as is his mother, he has a local accent. He’s handsome with dark good looks, and has an eye for the ladies. Most significant is that his Jewishness is incidental to his characterization, and not the main reason for it. Certainly, his ethnicity is no barrier to his entry into, or promotion within, the ranks of the police force. In fact, Harry keeps his Jewishness strictly private. We don’t know if he even practices, and we learn of his Jewishness only because, in various domestic scenes with his family, we meet his mother and dying grandmother.

And there is a long-running explicitly Jewish character in the cult horror comedy series “The League of Gentlemen.” Mrs. Levinson, played by Reece Shearsmith, sounds northern English and lives in the fictional rural village of Royston Vasey, a place that fears outsiders. Her front door is adorned with a mezuza, and she mentions that she once stayed at the Dan Hotel in Haifa. Her taste is garish, tapping into the stereotype of Jewish vulgarity. She employs a cleaning lady, Iris Krell, whom she delights in putting down at every turn, reinforcing her superior social and economic status. Here, Jewish writer Jeremy Dyson seems to have poured some of his own feelings about his Jewishness into the character, confessing that he based Reece on his own mother and her relationship with their cleaning lady.

This range of Jewish characters, played and voiced by non-Jews, is helping to smash the British-Jewish tradition of resorting to lazy visual and linguistic clichés. They are a breath of fresh air and will hopefully go some way to dispelling the stereotypes of the past.

On British TV, A Renaissance For Jewish Characters