What The Feminist Seder Meant To Me 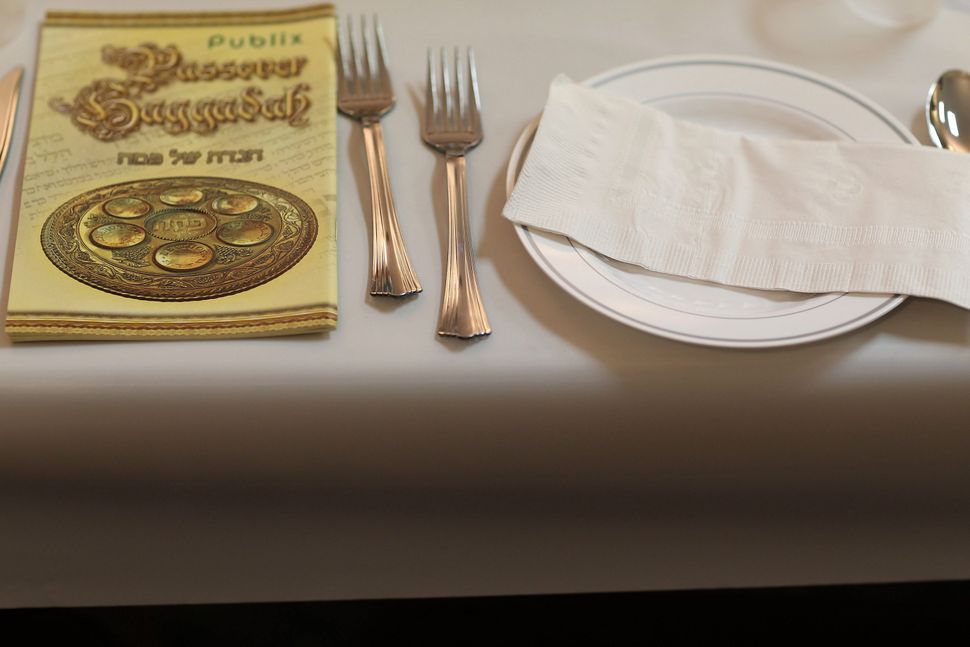 Single until the age of 38, I’d had no shortage of getting together with women, but I was excited when I was invited to the New York Feminist Seder. This was the real deal, the one launched in the 70’s by Esther Broner, who with Naomi Nimrod had written “The Women’s Haggadah.” I was aware that Letty Cottin Pogrebin, Gloria Steinem, Lilly Rivlin and other New York women I admired put a new spin on the story — replacing the male-based language; asking the four questions as daughters; celebrating Miriam and citing not the traditional ten plagues, but those endured by women over the ages. Each year there is a theme that personalizes the event. At the 2018 gathering, I suspect Harvey Weinstein’s name may be mentioned as often as it used to be at the Academy Awards.

My childhood Seders had been traditional, all interchangeable and predictable, the only change being added stains on the Haggadah pages from the spilling of Manischewitz as we recalled the plagues. My father made it from the bitter herbs to the bitter end, but the rest of us pretty much tuned out once the brisket was finished. The only striking deviation was when I, the youngest and allowed to find the hidden matzo, refused to return the Afikomen unless my father promised to buy me a car. I hadn’t read “The Art of the Deal,” but this was the only moment I had serious bargaining power. After getting married and hosting Seders of our own, we were only minimally more creative so I was eager to see how these women reconstructed the story.

After I arrived at the upper West Side apartment, I learned that we would be sitting on the floor because the group was too large to fit at a table. Each of us lit a votive candle that we placed near our feet and were then to introduce ourselves matrilinealy. I was used to being identified as “Sybil, who’s written for ‘The Mary Tyler Moore Show,’ ‘Maude’ and Lily Tomlin.” At my son’s school, I was, “Nick’s mother.” This was the first time I defined myself as, “Sybil, daughter of Mina, granddaughter of Sarah Leah.” That provoked me to recognize that I was the only woman with their DNA, body type and recipes. I’d never thought of myself that way. The adventure had begun.

Though my mother, who’d died many years before, was frequently in my thoughts, I’d never deliberately set aside time to focus on her. I remembered her preparing the Passover feast in our tiny, New York kitchen, peeling onions, feeding liver into the clunky grinder she’d attached to the counter, the pieces spilling into a large wooden bowl. Using dishes that were stored all year and brought out only for this holiday, she should have earned mileage those nights for the distance she covered rushing between the dining room and kitchen. While picturing her, I listened to what was being said, fascinated by how fresh and meaningful the story was when told from a female POV. Looking at the cup of wine that had been set aside for Miriam, it struck me that my mother’s Hebrew name was Mirtza, probably a Russian version of Miriam. I had an urge to tell about the year I’d opened the cabinet after my mother had asked me to bring her the Pesach dishes and found a note she’d written and left on them that said, “Kids, these aren’t worth fighting over.” Other memories were reawakened, as I was.

When the service was ending, I leaned over to extinguish my candle and saw there was no flame. “Did anyone else’s candle go out?” I asked. The others shook their heads. I checked to see if there was a draft or any physical explanation. There wasn’t. Joining a small group in the kitchen, I said, “This was the first time I consciously set aside time to think about my mother and my candle went out by itself. People who believe we get supernatural signs often mention candles,” I told them. I didn’t know what to make of their expressions. I worried they might think I was an airhead, until somebody said, “Your mother was telling you she knew,” and the others nodded.

While the Torah tells about the distress of women who had trouble conceiving, the Feminist Seder demonstrates how women need no help reconceiving and bringing new life to the table, taking “same old” out of the story of Passover.

What The Feminist Seder Meant To Me