With Compassion, Yossi Klein Halevi Reaches Out To His Neighbors 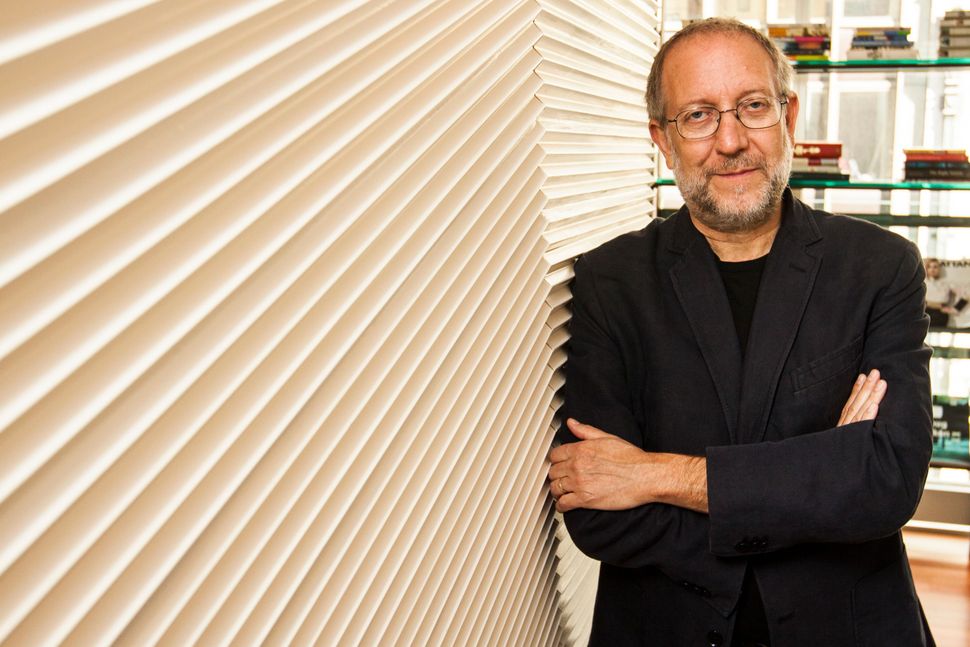 Letters to My Palestinian Neighbor

On the front of the postcard was a photograph of Jews praying at Jerusalem’s Western Wall; on the other side, a brief message: “Thank you for helping me find my way home,” it read, signed, “An American Israeli Jewish Friend.” The recipient was Hillel Halkin. The reader had picked up Halkin’s 1977 book, “Letters to an American Jewish Friend,” which prompted the postcard writer to then pack up and get out. “I ask myself why it had such an effect on some people,” Halkin said in 2013, as he reflected on receiving a few such notes over the years. “I suppose its epistolary form had something to do with it. It drew readers in.”

“Letters to an American Jewish Friend” was a provocation. Halkin wanted to “start an argument that was missing from American Jewish life” in the late 1970s. Yossi Klein Halevi’s new book, “Letters to My Palestinian Neighbor,” is written more in anguish than anger, yet he too clearly desires to begin a discussion, albeit in a very different milieu in another part of the world. And though the audiences and underlying intents may be somewhat different, the authors’ missives turn out to serve the same purpose: to explain and state a case for Israel and what it means to be Jewish to a potentially quizzical and hostile audience. 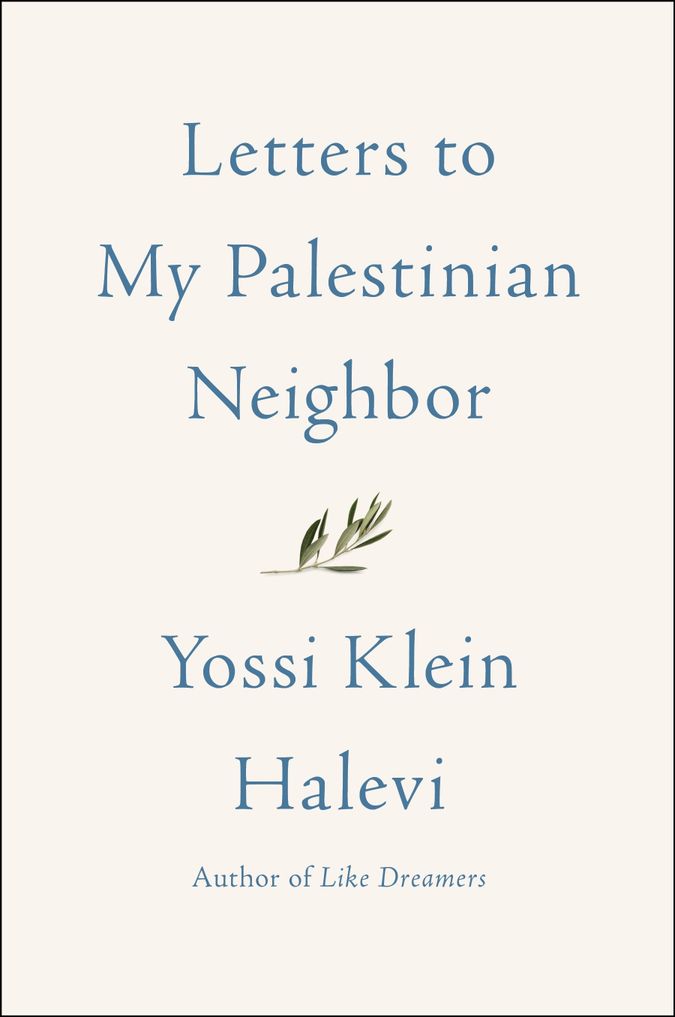 Letters to My Palestinian Neighbor

By 1975, when “Letters to an American Jewish Friend” was conceived, the boom in migration from the United States to Israel, precipitated by the Six Day War, was already on the wane. American Zionism was returning to its default position, that of, as Halkin argued, a Zionism for other people, realized in the form of philanthropy and political and moral support. His letters, therefore, were an attempt to reinsert the imperative to make aliyah into the American Jewish conversation at a time when the idea of life in Israel was losing its luster.

Halevi’s letters also arise from a somewhat hopeless position. He writes, “We are intruders in each other’s dreams, violators of each other’s sense of home. We are living incarnations of each other’s worst historical nightmares. Neighbors?” The dreams of the early 1990s — the Oslo Accords and the beginnings of the end of occupation — turned into nightmares: suicide bombings, settlement growth and political entrenchment. Halevi writes from French Hill in East Jerusalem, where “the wall remains an insult” and “a negation of my deepest hope for Israel,” while the disparity between Israeli and Palestinian societies “challenges my deepest self-understanding of moral commitments as a Jew and an Israeli.”

Amos Oz has argued that the problem at the heart of the Israeli-Palestinian conflict is not that the two sides don’t understand each other but that they know too much. “There is no essential misunderstanding,” Oz said in 2002. “Rivers of coffee drunk together cannot extinguish the tragedy of two peoples claiming the same small country as their one and only national homeland.” Halevi would disagree. There remains, he writes, a failure on each side to recognize the other: its histories, dreams and the righteousness of its claims. Both sides are trapped in a cycle of denial, and Halevi argues that justice cannot come until each side makes peace with the other’s narrative.

He writes, “in the hope that an honest telling of my story may touch you — and help create some understanding, if not agreement, between us” — “two traumatized peoples, each clinging to the same sliver of land.” Halevi’s story is both clearheaded and very much penned in the spirit of reconciliation. He seeks to strip away misconceptions. Unlike Christianity and Islam, he writes, the foundation of Jewishness is peoplehood. No one “gave” Israel a state because “our claim to the land comes from our very being.” Anti-Zionism has become peripheral in Jewish life — “that debate has long since been resolved.” In other words, the Palestinian neighbor has to understand that Israel isn’t going anywhere, and the recognition of a Jewish right to a stake in Palestine is key to ending the cycle of denial.

Halevi is guilty of recycling tropes. “I can think of no national movement that has rejected more offers of statehood” is merely another way of saying the Palestinians never miss an opportunity to miss an opportunity. But he can also be refreshingly honest. “I am unfazed by the maps that omit the Jewish state that hang in your classrooms and offices, because on my emotional map there is no Palestine,” he writes. The Palestinian claim to Haifa makes sense to him in the same way as his attachment to Hebron. The Israeli-Palestinian conflict is “poisoning Muslim-Jewish relations around the world.” And Israelis are guilty of failing to treat Palestinians with dignity: “Israelis often don’t know how to treat each other with respect, let alone those we are occupying.”

There’s a direct thread from the 1970s and “Letters to an American Jewish Friend” to the present and “Letters to My Palestinian Neighbor”: that there is an essential truth and purity to Zionism; that it is the fullest expression of Jewish history, Jewish thought and Jewish life. Halevi is, in writing to the Palestinians, both by design and necessity, making a more compassionate case. Israel, he writes, is like “awakening into a dream.” As an idea, it is “the meeting point between need and longing” — not a colonial movement but one of “reparation, restoring a native people home”; a “two-thousand-year dream of return assumed.” At a certain point in his life, Halevi discovered that he could not live without Israel and so he made aliya. In explaining Israel to the Palestinians, he appeals to a certain ideal, a higher ambition, a sense of wonder and beauty.

Halkin is more direct. “Diaspora Jewry, I am convinced, is doomed; Jewish life has a future, if at all, only in Israel; and Jewish and Israeli history are two converging lines that are ultimately bound to meet, so that whoever wishes to be a point on one must be one on the other as well.” Israel, he explains, is at the moment “a nation of immigrants caught in a stalled transition between a world we have abandoned and one we do not yet possess” — a country whose culture as a whole is less than the sum of its parts — but still the people are bound “by a set of beliefs that we have about ourselves and what we are doing here.” Israel, Halkin argues, is “taking over the burden of Jewish history from the old Diaspora.”

Naturally, therefore, part of his argument that Israel represents the future is that America for Jews is past. Halkin — who is speaking to family in a way Halevi is not — is at times excoriating and downright rude. “American Jewish institutions strike me, for the most part, as being a pathetically empty shell. Where else in the history of Diaspora, indeed, has there ever been another Jewish community so well-organized with so little Jewish substance to its life?” It would surprise me, he says, if the Diaspora’s list of intellectual giants “contains a single figure who has occupied himself with an essentially Jewish sphere of thought.” Assimilation, Halkin concludes, is inevitable. (Halevi might agree: “Modernity has not been kind to Jewish spirituality,” he writes, though he is writing as much about Israel as the wider world.)

In the end, of course, Halkin found himself on the losing side. Although new conflicts between American and Israeli Jews, namely over religious pluralism, have emerged, the matter at the heart of “Letters to an American Jewish Friend” has been settled. The Zionistic fervor that fomented within American Jewry after 1967 dissipated. Israel no longer needs Americans to bolster its population. American Jewish life itself evolved and found new vitality. And Israel’s understanding of Diaspora has matured, grasping that a strong Israel requires a strong Diaspora and the other way around. The Americans aren’t coming, and Israel accepts that.

Halkin was naïve, he has written, to think “Letters to an American Jewish Friend” could change American Jewish opinion in toto. Once it became clear that the American Zionist wave between 1967 and 1973 was an aberration as opposed to something sustained, Halkin’s book fell out of fashion, and by the 1990s, it was out of print. (The book was reissued in 2013). “The challenge facing my generation of Israel is to turn outward,” Halevi writes, “to you, neighbor, because my future is inseparable from yours.” He is planning to make an Arabic edition of “Letters to My Palestinian Neighbor” available for free download. Perhaps he will find readers among the hills beyond the wall willing to respond. “Let’s start talking, Halevi suggests, “and see what happens.”

Liam Hoare is a freelance journalist based in the UK.

With Compassion, Yossi Klein Halevi Reaches Out To His Neighbors