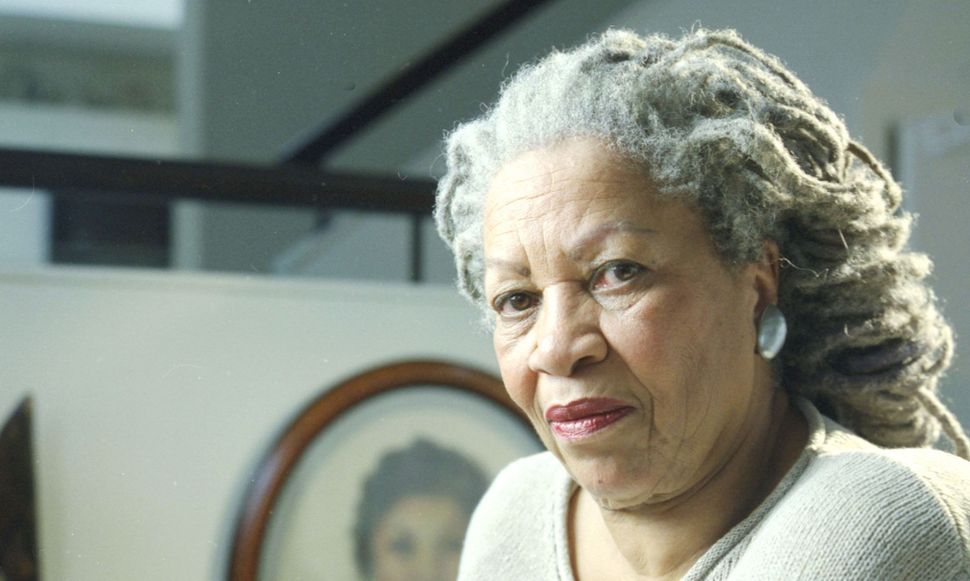 Editor’s note: This Q & A, originally published on August 6, 2019, has been republished for the first anniversary of Toni Morrison’s death.

News of her passing was met with grief around the globe, as writers, artists, political leaders and readers reflected on her books’ impact on their lives. Those books, which included “The Bluest Eye” (1970), “Sula” (1973) and “Beloved” (1987), won Morrison the Nobel Prize for Literature in 1993 and a Pulitzer Prize for Fiction in 1988, among many other accolades.

But those novels were far from Morrison’s only works. She wrote children’s books with her younger son, Slade Morrison, and essays and criticism for outlets including The New York Times and The Nation. As a longtime editor for Random House, she won new attention for the works of black writers overlooked by the American mainstream, including Angela Davis, Wole Soyinka and Henry Dumas. And in the last decades of her life, she found yet another art form in which she could reshape understanding of the African American experience: Opera. 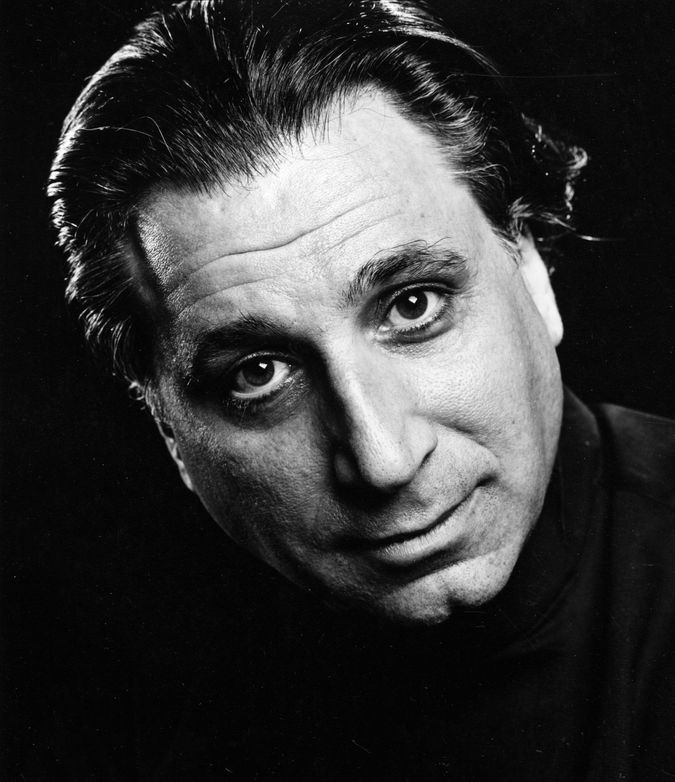 Her impetus was the life of Margaret Garner, whose tragic history informed “Beloved.” Garner, who was born a slave, escaped to Cincinnati, Ohio in 1856; when her party was trapped by U.S. marshals and private slave catchers, Garner killed her two-year-old daughter rather than return her to slavery, and tried to kill her other children and herself. While “Beloved” had been a powerful meditation on a similar, fictionalized story, Morrison wasn’t done with Garner. So in 1996, almost a decade after publishing “Beloved,” she returned to her story.

Her collaborator in doing so was the Persian Jewish composer Richard Danielpour. “Margaret Garner,” their joint opera, premiered in Detroit in 2005. I spoke with Danielpour as he prepared to travel to Edinburgh for the premiere of his new setting of a poem by Primo Levi; the following conversation has been edited for length and clarity.

Talya Zax: How did you and Toni Morrison meet?

Richard Danielpour: I met Toni Morrison in July of 1993. We had lunch with Yo-Yo Ma, who introduced us, at a restaurant which I think no longer exists, downtown on Washington Street. Yo-Yo wanted Toni and I to collaborate on a project that he had in [mind]. She said to me, “I don’t think this is for me, but I have something else in mind that we can do later.” I thought not too much of it. In ‘95, two years later, she called me and said “I’ve written these lyrics I think you might want to set to music.” The moment she got on the phone I knew her voice, because she had that raspy voice, which I loved. She said, “Why don’t I send them to you, see if you’re interested?” I said why don’t you let me come to see you, so you can read them to me. She read them in her office at Princeton. I remember that day so clearly; we both blurted out, at the same time, “Jessye Norman,” who, of course, ended up premiering those songs, called “Sweet Talk,” in Carnegie Hall, on April 20, 1997.

And how did you come to work together on “Margaret Garner”?

A year after that meeting, she said she had an idea she wanted to talk to me about. We met at Fiorello’s, across from Lincoln Center. She said “I have an idea for an opera.” I said, “Me too.” We realized that we were pitching the same idea to one another, about Margaret Garner.

Fast forward to the fall of 2000, when we had three opera companies coming together to commission it. She got very scared. I said, Toni, you’re the only person who can do it. Eventually, several months later, she said “I’ve got the first five scenes.”

What was your reaction to seeing that initial draft of the libretto?

It was gorgeous, but it was too long — she told me it was too long. The thing that was most amazing was when she wrote the last two scenes, which departed from our outline. I was begging her to send [them to] me, and she kept saying “Good things take time, you have to be patient.” Finally, when she sent [them], I was in the Adlon Hotel in Berlin. It was the same day that Michael Jackson was in that hotel dangling his son off the balcony. I called her that afternoon, and I was in tears. I said, you really brought this home, this is magnificent. She said, “I want you to know this is one of the hardest things I’ve ever done. This is harder than writing a novel. Because I had to strip everything to its bare essentials.”

And what was it like to collaborate with her on that opera, in general?

What was extraordinary about working with her was that she wrote her one and only libretto for an opera at the age of 72. She was such a quick study.

She was unbelievably great to work with. She would get annoyed; I’d say I need another line, and she’d say “Just write it yourself, you know what I sound like. If it ends up being something I can do better I’ll do it myself.” Writing an opera is tremendously collaborative. She learned about the way classical operas were made, and I learned from her about the unofficial history of the United States, the one that writers of schoolbooks dare not [include].

What most struck you about her character? What was she like to be around?

She was very compassionate, very thoughtful. She was very, very strong. If she was not happy about something she could let you know about it in a minute. She had the most extraordinary combination of pride and humility, of strength and tenderness. That’s how I always remember her. And she was very funny. We were talking about Donald Trump, one of the last times I spoke with her, and she said “You know, the world is right now being stood on its head for a while.”

It was powerful to be in her presence. One day we were sitting having coffee, and she said, “You know, if you go with the grain of nature in your life nature will always come to help you. If you go against the grain of nature, God help you.” She would come out with these incredible gems. She was a great artist. She was a great writer. But more importantly than that, for a particular period in our history, she was the voice of the nation’s conscience.

The story of “Margaret Garner” shares its source with that for “Beloved,” Morrison’s most famous novel. What was it like for you to immerse yourself in that story with her?

I had been thinking about [“Margaret Garner”] since 1986, long before I met Toni. Another American poet, Dolores Kendrick, had mentioned [Garner] to me. What attracted me was not only was that it had the potential to be great operatic theater, but I also felt it was giving voice to what was the greatest unhealed wound in American history. My parents were born Persian Jews in Iran. We felt displaced. There’s a real understanding, because I feel that many black people in America, they’re Americans but they haven’t felt that they have belonged, in the same way that my people, for years, never felt that they belonged. They were people without a true, welcoming home. When I realized that “Beloved” was based on the historical account of Margaret Garner, I thought, [Toni] is the person who needs to write this. She used the historical account of Margaret Garner as material for her novel “Beloved” — it’s a psychological novel in which the historical account is source material. What we did by writing the opera was go much more directly to the historical account.

I married my wife a week after the opening run of the show closed in Detroit in 2005. When the show [later] opened in Cincinnati, I discovered that my wife’s great-great aunt was a woman named Lucy Stone, who was famous for being one of the first women’s rights activists and abolitionists, and also famous because she defended Margaret Garner at her hearing. When I told [Toni] about this, it gave her a rise. She took the character of Lucy Stone and put her in the character of the slave owner’s daughter. We kind of knew that it was a sign.

When was the last time you spoke with Morrison?

Beyond the loss of a dear friend and colleague, what does her loss mean to you?

She was someone who spoke so eloquently on behalf of things that were often thought but rarely said. In that particular way, I was among millions who loved her for what she gave to the world.

As you’ve processed this news, what images of her have been most prominent in your mind?

When we would have a conversation, and something interested her in our conversation, either something she had said or something I was saying, she would just raise one eyebrow slightly. With this half smile. She would raise her eyebrow. That look is forever etched in my memory. I will miss her terribly.