If this Joe Shapiro didn’t help Trump cheat on the SATs — did a different one? 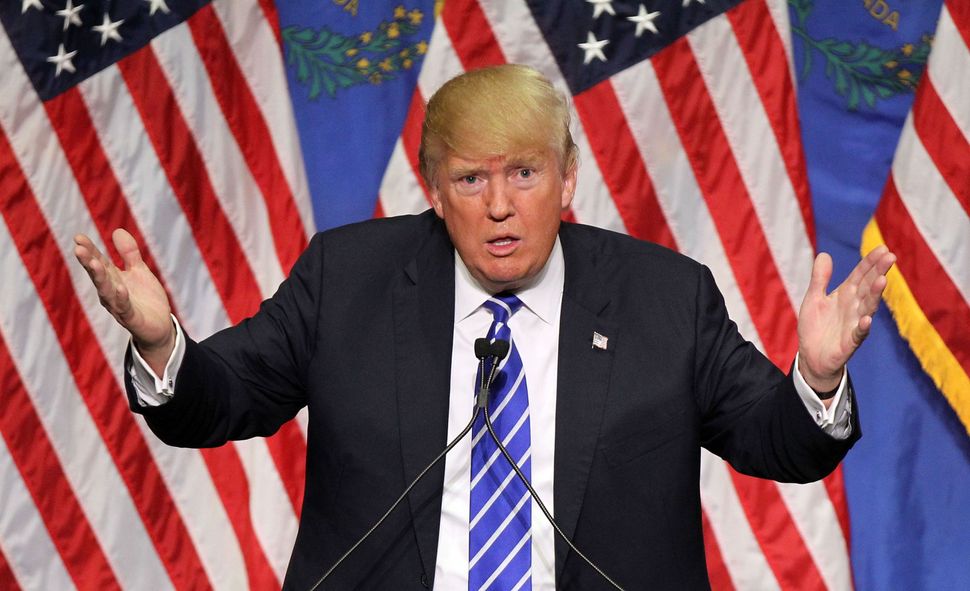 Will the real Joe Shapiro please stand up?

The Trump White House denies the charge, bundled in a forthcoming family tell-all, that the president paid a ringer named Joe Shapiro to sit for his SATs. Now, the widow of one Joe Shapiro identified as Trump’s proxy is insisting he had no hand in helping the president cheat.

“He always did the right thing, and that’s why this hurts,” Pam Shriver, said of her late husband, Joe Shapiro, in a recorded statement posted to Twitter on June 8.

This complicates the narrative presented in Trump’s niece Mary Trump’s upcoming memoir “Too Much and Never Enough.” In the statement, Shriver said that Trump and her late spouse didn’t meet until they were both students at the University of Pennsylvania. Mary Trump claims that a guy named Joe Shapiro helped Trump get the grades he’d need to later transfer from Fordham University to UPenn’s Wharton School and that the ploy happened while Trump was still in high school. Both things can’t be true.

But, there’s another option: It could be another Joe Shapiro.

Trump would have taken his SATs sometime in 1963 or ‘64 before matriculating into his first college, Fordham. The earliest available census is from 1940. So, while we do have a few hits for Joseph Shapiros, they’re all too old to have passed for a high schooler in the ‘60s, barring some kind of “Benjamin Button” scenario. (The ones I found in Manhattan and Queens County were born in the earlier 1900s.) But from that early data, we can conclude that around Trump’s old stomping grounds it was not a very uncommon name, though it’s not a name seen in Trump’s graduating class from the New York Military Academy.

So, with Simon & Schuster standing by its author and no Joe Shapiro stepping forward, we appear to be at an impasse.

Shriver, a former tennis pro and commentator, insists that her late husband, the one time general counsel for the Walt Disney Company, was a man of honor. She also noted it’s not the first time she has had to challenge an allegation of unfair play. Shapiro did know Trump, she said, and the two played golf together, but their play did not extend to gaming the system for that vaunted Perfect Score.

“When you put somebody’s name in print in a book, you want to make sure the facts around it are correct, especially if they are not living, because it’s not like Joe is here and he would have known how to deal with this,” Shriver said, adding, “It feels unfair.”

But Mary Trump and Shriver are agreed on at least one matter: There was once a brainiac out there named Joe Shapiro.

Trump described the alleged cheater as “a smart kid with a reputation for being a good test taker.”

Shriver called her late husband “the smartest man I ever met.”

As for the true Joe Shapiro – if he exists at all or is still with us – it’s a tossup whether we’ll hear from him. Trump has a long history of having folks sign NDAs, but then, Mary Trump’s recent court victory allowing her to publish proves those agreements are far from ironclad.

Perhaps some Joe Shapiro will come through with a tell-all of his own.

PJ Grisar is the Forward’s culture reporter. He can be reacehed at Grisar@Forward.com.

If this Joe Shapiro didn’t help Trump cheat on the SATs — did a different one?